Faced with a future in which school shootings and killings are the norm, not an egregious exception, authorities in the United States are turning schools into small fortresses, complete with airport-style security checkpoints, their own police and some cases even with armed teachers. 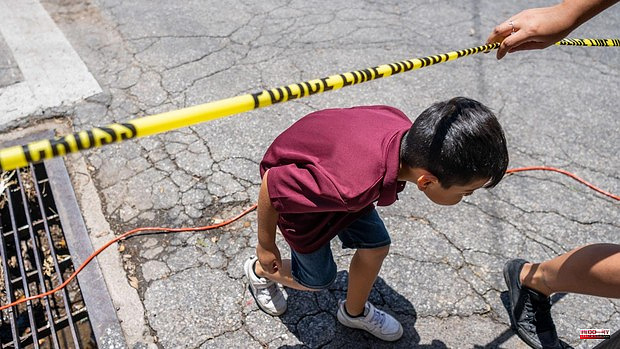 Faced with a future in which school shootings and killings are the norm, not an egregious exception, authorities in the United States are turning schools into small fortresses, complete with airport-style security checkpoints, their own police and some cases even with armed teachers. These changes are the verification of the failure of the reform in the laws of possession of weapons, just in one year, 2022, which accumulates in its scarce five months 27 shootings in schools, with 27 dead and 83 injured.

It was the massacre in a Columbine high school in Colorado -1999, 13 dead in addition to the two murderers- that precipitated the greatest changes in the security of a good part of the 130,000 elementary and secondary schools in the United States.

After the shock of that massacre, caused by two students, the immediate objective was to make the educational centers less porous: closed doors, the obligation to register all visitors, permanent surveillance cameras and alarm drills to prepare the students.

As the school massacres continued, these measures were reinforced, with the installation of bulletproof glass and, more recently, metal detectors through which both students and teachers have to pass. Many schools have also begun to install doors to classrooms without windows, so that the killers cannot see from the outside whether or not there are children in the classroom.

At the same time, an entire industry has been emerging in the US around classroom safety. Manufacturers offer school administrators and parents a wide range of protection material for minors such as bulletproof backpacks or armored whiteboards to use as a shield. It is an entire industry, known as school shielding, which also includes private security services with armed agents to protect classrooms. According to a 2018 estimate by the newspaper “The Washington Post”, this sector moves about 2,700 million dollars a year.

In fact, the federal government helps schools make them safer. According to a report from the Justice Department in April, this year it will allocate about 320 million to a program to facilitate the hiring of security agents and other reinforcements. The purpose of this program is broader than preventing massacres, since it is also aimed at preventing drug dealing in educational centers.

In 2018, another of the worst massacres occurred in an American school, at a Parkland institute in Miami, in which 17 people died. Immediately after, the then president, Donald Trump, rescued an old Republican proposal that has permeated a handful of states, including Texas, the site of the latest massacre: arming teachers. Trump said that the ideal to combat violence in the classroom is to have people "prepared in the handling of weapons, such as teachers and coaches," within those schools.

That same argument has been repeated by the Republican authorities in Texas after this week's Uvalde massacre. That state's attorney general, Ken Paxton, later said that "bad people can't be stopped from doing bad things. We can potentially arm, prepare and train teachers and other administrators to respond quickly." According to an analysis by the Ap agency, in the state of Texas there are 253 employees of educational centers who play the role of bailiffs, with weapons, in 62 school districts.

Not a few Democrats and teacher unions oppose this proposal to plague schools with weapons. One of the most critical is Congresswoman Val Demings, from Florida, who states that "arming teachers is a recipe for disaster: a reckless plan that will further complicate these shootings, in addition to forcing teachers to assume not only the responsibility, but also the hurt, pain and guilt when they find themselves outgunned, with our children caught in the crossfire. The solution is simple: no more guns in the classroom, but laws that keep guns out of the hands of people who shouldn't have them." Democrats are the only ones who promote limiting gun ownership.

The truth is that the Uvalde primary school, where an 18-year-old killed 19 children and two teachers, had a sophisticated security system in place, according to recent reports published by the local press: armed private security agents , fencing around schools, closing classrooms with latches, internal and external alarm for threats and software to control violent messages on social networks. That did not stop the slaughter. 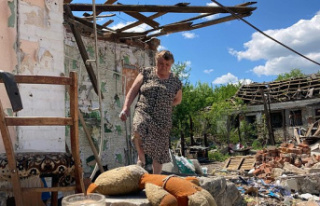