The agreements to fight against social exclusion of the Diputación de Valladolid with the Red Cross, Cáritas and the Food Bank for this year, which are endowed with 75,000 euros in each case, will include a line to attend to Ukrainian refugees residing in towns of the province. 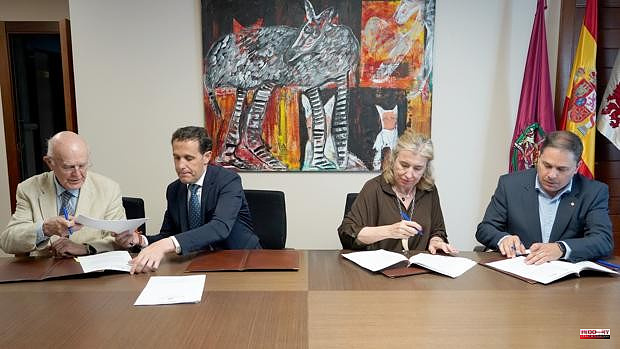 The agreements to fight against social exclusion of the Diputación de Valladolid with the Red Cross, Cáritas and the Food Bank for this year, which are endowed with 75,000 euros in each case, will include a line to attend to Ukrainian refugees residing in towns of the province. Currently, there are about thirty families who have fled their country after the Russian invasion, so the entities will try to alleviate their needs in a first reception and facilitate the payment of rent for a home.

It is one of the novelties of the renewal of the agreements that, as from 2013, cover training actions for the personal and labor promotion of the groups served, residential care for women victims of gender violence, food and basic needs essential vacations for schoolchildren in vulnerable situations, housing rental aid and the distribution of food for families with economic problems.

The president of the Diputación de Valladolid, Conrado Íscar, assured today in Zaratán that the objective of the institution with this type of aid is to make the province a "land of opportunities for all". To do this, he stressed that the agreements are adapted each year to the needs of each moment, since they have varied since they were launched with the previous economic crisis with the arrival of the pandemic and the economic and social crisis generated by the invasion from Russia to Ukraine. “It would be a mistake to think that here we present and do the same as always”, he has sentenced.

In this sense, he recalled that the original agreement signed with Cáritas and the Red Cross had the objective of avoiding the eviction of families in vulnerable situations. An agreement that has been progressively expanded. The agreement with the Food Bank has also been adapted to the needs that have arisen since 2014, partly conditioned by the new habits imposed by Covid. Hence, the traditional collection of food in kind in shopping centers has changed to economic donations that facilitate the organization of stocks and purchases according to the needs of each moment for the Food Bank.

In the presence of the provincial officials of the Red Cross (Rosa Urbón), Cáritas (Eduardo Boelhoff) and the Food Bank (Jesús Mediavilla), Conrado Íscar has opted to defend the rights of the people who need it most. "The agreements have shown that they are a useful tool for the society of the province," he has sentenced, collects Ical.

1 No beaches suitable for pets in the Basque Country 2 A young man who tried to swim across the Crevillente... 3 General Electric accused in tax optimization in France... 4 Employment in New Aquitaine: 65 vacancies at Terres... 5 After a fatal accident, the Dordogne gendarmerie needs... 6 Arvert: Presentation of the Coubre forest's forest... 7 Saint-Jean-de-Luz - Stop parking Foch collective challenges... 8 Cycling. Alpes Isere Tour - The Iserois Remi Capron... 9 Nazi flags on the Madrid ultras trip to Paris 10 Djokovic wins the match of the match: Nadal-Djokovic,... 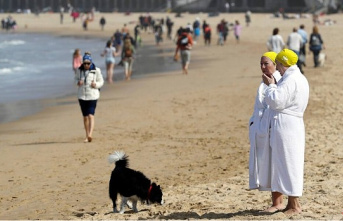 No beaches suitable for pets in the Basque Country