Telefónica has made a strong debut this year. 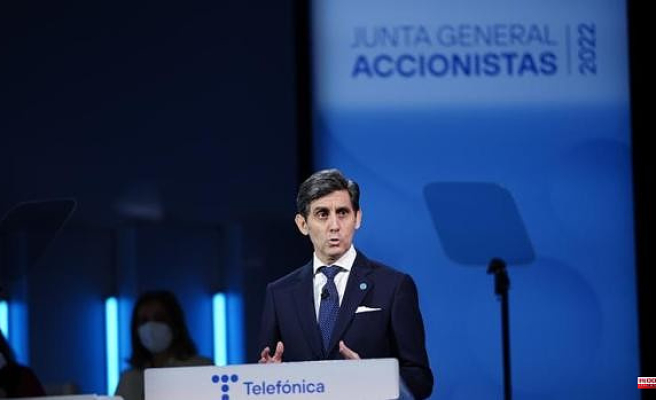 Telefónica has made a strong debut this year. The operator has closed the first quarter of the year with a net profit of 706 million euros and higher revenues in all the markets it operates (Spain, Germany, United Kingdom, Brazil, Argentina, Mexico, Chile, Colombia, Ecuador, Uruguay, Venezuela and Peru). Above all, the good performance of Brazil stood out (18.1%), where the telecom has just closed the acquisition of Oi's mobile assets, and of the subsidiary HIspam, which groups the rest of the Latin American markets. The operator's global turnover has grown by 10.9% to 9,410 million. Of all revenues, 73% already come from broadband and digital services (2.1 percentage points more than a year ago).

For its part, the operating result before depreciation and amortization (OIBDA) stood at 3,753 million euros, including the 50% held by the British operator Virgin Media O2, whose control it shares with Liberty Global (without Virgin, it is 3,199 million ). All of the above represents a growth of 2.1% with respect to what was invoiced in the first three months of 2021. The double-digit increases in markets as relevant as Brazil (14.6%) and Hispam (50.7%) stand out. . In this sense, the exchange rates have been favorable for the interests of the teleco in terms of income and Oibda (operating profit before depreciation) during this quarter with a contribution of 241 million euros in sales and 95 million, respectively.

Spain has once again represented its main market with 28% of the income obtained, followed by Hispam with 20%; Brazil with 18%, as well as Germany, which has also accounted for another 18% of turnover, and the United Kingdom, which has accounted for 14% of the remaining income. Similarly, 30% of OIBDA has come from Spain; 21% from Brazil; 16% from Germany; 16%, from Hispam; and 15% from the UK.

Regarding the reduction of debt, one of the main headaches of the company led by José María Álvarez-Pallete in recent years, it has continued its reduction in the first three months of 2022 to 27,453 million euros. This represents 23.3% less than in March 2021. In addition, more than 80% of this liability is at a fixed rate and has an average life of 12.9 years. In terms of liquidity, Telefónica has a strong position of around 22,302 million and that allows it to cover pending maturities beyond 2024. Specifically, in the first three months of 2022, the telco has reported a free generation of cash of 513 million euros including leases. This is 15.5 times what was generated a year by the spectrum auctions in which it had to participate.

The operator's access base reached 368.3 million at the end of March this year, 1.1% more than a year ago. Only Fibran customers have grown by 2% and mobile contract customers, which are 4.3% more than in March 2021. In number of real estate units passed with Fibra, its presence has increased by 6%, to a total of 162.9 million homes passed, of which nearly 85 million do so through Telefónica's own network.

Telefónica has continued these months with the deployment of 5G in its main markets, in Spain it already covers 82% of the population while the teleco, Telefónica offers coverage in more than 400 British locations, around 250 German cities and in 21 Brazilian . In parallel, the deployment of stand-alone 5G technology continues after the acquisition of spectrum in countries such as Spain, the United Kingdom and Brazil.

This Monday Telefoncia Tech, the subsidiary that brings together all of the operator's cloud businesses (cybersecurity, Artificial Intelligence, Internet of Things,...) closed the agreement with Deutsche Private Equity GmbH and other vendors for the purchase of 100% of the German technology company BE-terna Group for up to 350 million euros. Specifically, TEch has increased its income by 80.6% compared to the same period of the previous year to 299 million euros. For its part, Telefónica Infra has already made progress in the segregation of its fiber business in Spain and the United Kingdom through specific investment vehicles. To this end, it is holding talks with potential interested parties and has closed the sale of KKR's stake in Telxius, reinforcing its alliance with Pontegadea (Amancio Ortega).

1 The Government ratifies the new working day for civil... 2 From Elon Musk to Pablo Echenique, celebrities and... 3 Ignacio García Magarzo (Asedas) «The consumer is... 4 Selectivity-EBAU 2020: exam fees vary by more than... 5 Cuban doctors in Spain: "We want to help, but... 6 Javier Chicote collects the APM award for the best... 7 Vitoria promises to take action in the Osakidetza... 8 Climate change threatens the largest stores of CO2... 9 A strong snowstorm on the US East Coast leaves at... 10 The Basque Government recognizes its failure in the... 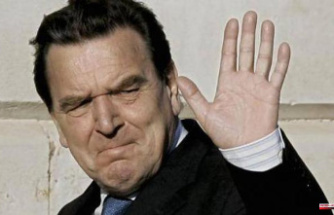 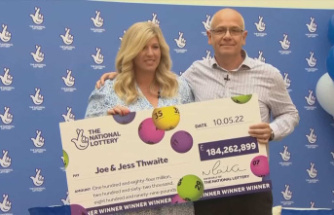 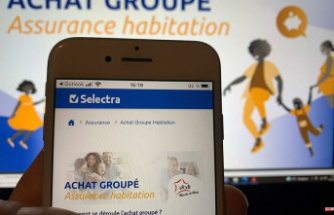 Real estate, health, auto… the start-up Acheel invests in all areas of insurance 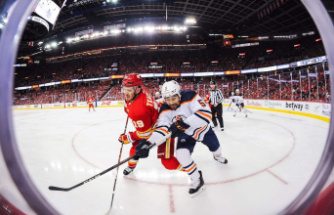 NHL playoffs: a victory that has the Flames very perplexed
BREAKING NEWS HEADLINES 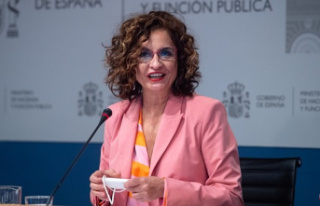 The Government ratifies the new working day for civil...