Technology turns the 'silver economy' into a golden opportunity

The increase in life expectancy combined with the decrease in the birth rate leads, inevitably, towards an inversion of the population pyramid or, what comes to the same thing, towards societies with an ever-increasing proportion of elderly people. 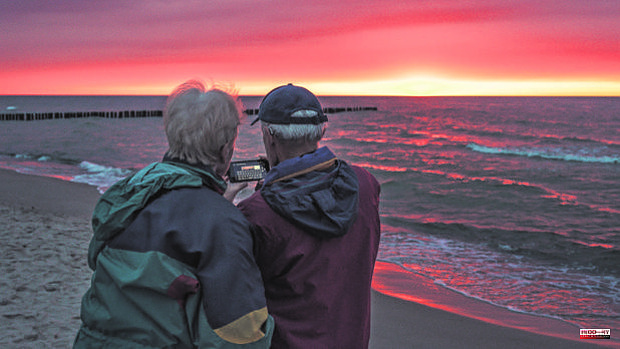 The increase in life expectancy combined with the decrease in the birth rate leads, inevitably, towards an inversion of the population pyramid or, what comes to the same thing, towards societies with an ever-increasing proportion of elderly people. In 2018, for the first time in history, the population aged 65 or over outnumbered children under the age of five and in 2050 16% of the population will be over 65 years old compared to 9% in 2019, according to UN data … a full-fledged demographic change that, beyond the challenges it poses for the public health and pension system, opens the door to a business of stratospheric dimensions due to all the activity that this group generates around it: from products and services that satisfy their leisure motivations to others that respond to their care and socio-health care needs.

It is what is known as the silver economy, 'silver economy' in its English version, a huge vein from which it will be possible to take even more advantage thanks to technology, which will enable the development of a multitude of solutions to improve the well-being of seniors with the support of artificial intelligence, the internet of things, etc.

From a business point of view, the potential of this market niche is beyond doubt. If it were a nation, the 'silver economy' would rank as the third world economic power, only behind the United States and China, according to the report 'The Silver Economy', carried out by Technopolis and Oxford Economics at the request of the European Commission, which takes as a reference those over 50 years of age. And future projections suggest that these people will have a growing weight in the wealth of the European Union, since their consumption will increase by 5% per year, up to 5.7 billion euros in 2025. In that time horizon, which is just around the corner, the silver economy will account for 31.5% of the EU's GDP and 37.8% of employment.

Under this Anglo-Saxon concept, a varied public is encompassed, which includes those who are active both in their personal and professional aspects (50 years old to just over 60), those who have already retired but are still in good health and, finally, those aged 80 and over, when the demand for services focused on care and dependency appears. A heterogeneity that will introduce changes in different sectors. “A number of companies will emerge around home care and care for the elderly. We will see a transformation in geriatric residences, with formulas such as 'cohousing' (collaborative housing), and insurance companies will also have to adapt their proposals to an increasingly long-lived society", cites Juan Carlos Alcaide, professor at the ESIC business school, as examples and director of the expert center of 'silver economy' of Auren.

But if there is a sector that is bursting with force, it is the so-called 'age tech', that is, the application of digitization to longevity. "It is a true revolution in the making," says the expert, who believes that companies will soon take positions in this area. «There is a tendency to make technological applications that are completely usable and in the short term, thinking of octogenarians, some companies will turn to television because it is an instrument that the elderly master perfectly. Second, they will target the tablet, which many have become familiar with during the pandemic. All this will be used for telemedicine, cognitive stimulation courses, leisure workshops, etc. », he explains. Robotics will be another field of action. "It will help patients with Alzheimer's, to combat unwanted loneliness, as well as to provide all kinds of facilities to the elderly and their caregivers," Alcaide considers. Innovations at the service of seniors do not end there. "With the use of 'big data' and home automation we can deduce that someone is having a health crisis because they have gone to the bathroom several times at night or because they have not left home for two, for example," he says. A universe of possibilities with technological DNA to generate wealth around this generation.

"Technology is going to be the lever of the 'silver economy', but we have to fight against the commonplaces," defends Iñaki Ortega, professor at Unir and advisor to the Mapfre Foundation's Ageingnomics research center, who emphasizes the need to knock down the cliché that seniors are analog. Of the 15 million Spaniards over the age of 55, ten usually operate on the internet, according to the 'II Senior Consumer Barometer' based on data from Google and Comscore.

The pending issue, in his opinion, is that the technology be designed with the focus on this group. "The challenge that technology companies have ahead is to think of seniors with friendly and mobile applications that they can read," he stresses. In his opinion, until now they have neglected this aspect because in a very short time we have gained 20 years from life and they have been unable to assimilate the change. The lack of intergenerational templates does not help either: "If there were senior workers in the technology companies, they would not make these mistakes."

This expert understands the 'silver economy' as a blue ocean, in which there are hardly any operators and many customers. In fact, according to the data he manages, this market will grow double digits in clients every year. "In blue oceans, it's the startups that dive and fish well," he recalls. The sources consulted agree that in recent years a multitude of emerging companies specifically oriented to this niche have been born. "There are many in the field of leisure for the elderly, in health (telecare, fight against unwanted loneliness) and in lifelong learning," says Ortega, who also identifies a great interest in creating solutions for that the elderly can stay in their homes and avoid going to a residence: technologies that detect falls, crane robots to lift them out of bed or put them in the shower...

And it is that innovation plays a crucial role in adapting to a demographic reality in which gray hair predominates. "Sometimes technology is seen as a barrier when it really is a support to facilitate the day to day of these people, as well as to know their behaviors and their problems, being able to solve them in advance", highlights Adolfo Ramírez, advisor in digital transformation and co-promoter with Ifema Madrid of the Vida Silver initiative.

The first event they held, in November last year, had a space dedicated to innovation in the silver economy, in which 25 startups showed their value propositions. "There is a huge margin of entrepreneurship in the 'silver economy,'" says Ramírez, for whom the key is for firms to understand that the 'baby boomers' today present conditions that are completely different from those of previous generations, so their demands They are not the same. "Many times, traditional companies understand the 'silver economy' as a 'silverization' of their products and services, only doing a facelift. Market research must be carried out to really understand the needs of this new generation because great strides can be made to improve their quality of life, leisure and enjoyment », he stresses. Looking back at this segment of the population is also a safe bet in terms of profitability since, due to demographic reasons, it will increase over the next few years and has greater purchasing power than other age cohorts.

"Before, it was a practically invisible segment for companies and now it is not. What they are doing is adapting products to this segment because it is a way to grow more," interprets Elisa Aracil, professor at Comillas ICADE and researcher at the Technological Research Institute. In parallel, companies are emerging with the vocation to meet the demands of seniors, which means that the economy of longevity can promote new professions and jobs. "It is not only the glass half empty of more health spending and pensions, but, well managed, there are many opportunities associated with the fact that we live longer," says Aracil. In the specific case of our country, the percentage of the population aged 65 and over, which currently stands at 19.6% of the total, will reach 31.4% in 2050, according to the INE.

"Spain should be one of the countries that is ahead in the transition to the 'silver economy' because demographically we are one of the longest-lived right now and because our economy, due to its structural characteristics, could benefit from this trend. We are an eminently tourist country with ideal endowments to be a recipient of this segment of the population, "says the expert.

However, there are voices warning that Spain runs the risk of missing the boat against European neighbors who have already taken action with measures to attract this group to their territories. “Portugal and Greece have approved fiscal packages that seek to attract the increasingly numerous and wealthiest retirees from northern Europe to go there. We have the wickerwork, but we lack a country strategy”, reflects Iñaki Ortega. The race to take advantage of the mana of longevity has begun. Spain, with the permission of the thriving startups willing to revolutionize the market with the help of technology, does so with the handbrake on. Only time will tell if he is capable of accelerating to take his rightful throne.

1 The lifting of the wearing of the mask celebrated... 2 The emir of Qatar lands in Spain in the middle of... 3 Shane Wright's playoff run complete 4 Sanchez's bad mood 5 Only joy everywhere in the province 6 "It Hurts" -John Tavares 7 The Pegasus crisis exposes the political fissures... 8 Some will continue to protect themselves 9 Play Xavi and choose Barça's line-up 10 Pee-wee tournament: small heart ramparts! 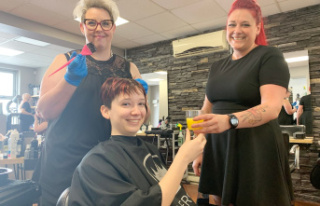 The lifting of the wearing of the mask celebrated...