Qatar emerges as a possible solution to the conflict between Spain and Algeria over gas imports. 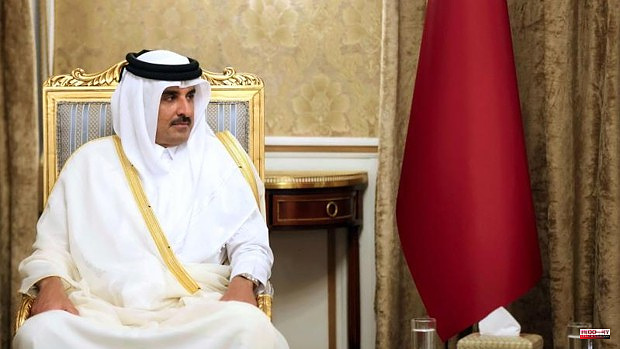 Qatar emerges as a possible solution to the conflict between Spain and Algeria over gas imports. The emir of the Arab country, Tamim bin Hamad Al Thani, will make his first state visit to Spain on Tuesday, with a two-day stay that promises to be fruitful from a business and commercial point of view.

The emir will be accompanied by a large entourage that includes the deputy prime minister and foreign minister, the minister of finance, industry and trade, and the state representative for energy affairs. Tamim bin Hamad Al Thani, who this week received the diplomatic award of the necklace of the Order of Isabella the Catholic, will be received by the King and Queen and will strengthen ties with the business world at a time marked by the unstable energy market.

Qatar is the largest supplier of liquefied natural gas in the world. In April, its exports exceeded 7.5 million tons, according to calculations by 'Bloomberg', which allowed it to overtake the United States as the main supplier. Everything indicates that this figure will continue to grow in the future, since Europe has been looking for alternatives to Russian gas for months.

In the case of Spain, between January and November of last year, 6.4% of natural gas imports came from Qatar, a percentage with a margin of travel considering that Algeria contributed 44% of imports. A distribution that is now in question, since Algeria has threatened Spain with terminating the gas supply contract with our country if the Government reopens the Maghreb gas pipeline to deliver this raw material to Morocco, as announced a few months ago the Ministry for Ecological Transition.

In this context, Qatar stands as an alternative. Doha admits that during the emir's visit to our country the energy issue will be discussed, and has even slipped that some renowned agreement may be announced. But not only that. The Qatari delegation also lands in Spain to address possible business collaboration agreements and analyze investments, in addition to presenting the World Cup to be held in the Arab country between November and December of this year.

“Qatar is a fundamental market for many Spanish companies, since large investments and projects have been undertaken in sectors such as infrastructure, renewable energy, engineering or the environment. In addition, we cannot forget the large Qatari investments in Spain through investment funds or on a personal basis, which have helped improve our business capacity. According to the latest available data, Qatar's investment position in Spain has a stock of more than 2,600 million euros”, explains the president of the CEOE, Antonio Garamendi, in statements to this newspaper.

Business relations between the two countries became closer in 2021, when CEOE set up the Qatar-Spain Business Committee together with the Qatari Businessmen Association (QBA). An initiative of the Qatari Government that acts as a platform for business collaboration and where the main Spanish companies with an interest in the country meet. Currently, the chairman of Iberdrola, Ignacio Galán, is also chairman of this bilateral committee.

Qatar represents a fundamental market for the Spanish electricity company. In addition to the investments that Iberdrola has made in various infrastructures in Qatar, the sovereign fund of that country is the main shareholder of the Spanish listed company, holding 8.69% of the company's share capital. «Iberdrola established IberdrolaInnovation Middle East, its global center for digital innovation for the sustainability of the energy system, in Doha, Qatar, in 2016. This center develops solutions to facilitate the integration of renewable energies, manage electrical networks in an optimal way , and promote energy efficiency and conservation”, highlights Santiago Bañales, director of the Iberdrola Innovation Center in Qatar.

Beyond Iberdrola, the Spanish multinationals will put on the table during the emir's visit possible investments in sectors such as infrastructure and textiles. “Our exports of goods are around 400 million euros annually. These figures increase notably in terms of service exports, since large Spanish companies have been awarded major infrastructure projects in the country over the last decade and more than a hundred have established themselves in Qatar", highlights the president of the Spanish Chamber of Commerce, José Luis Bonet.

1 Shane Wright's playoff run complete 2 Sanchez's bad mood 3 Only joy everywhere in the province 4 "It Hurts" -John Tavares 5 The Pegasus crisis exposes the political fissures... 6 Some will continue to protect themselves 7 Play Xavi and choose Barça's line-up 8 Pee-wee tournament: small heart ramparts! 9 Another victory for the Capitals 10 The keys to the future of Lewandowski 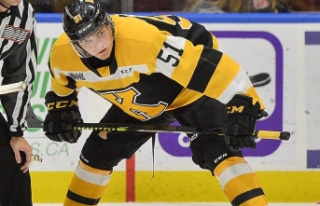