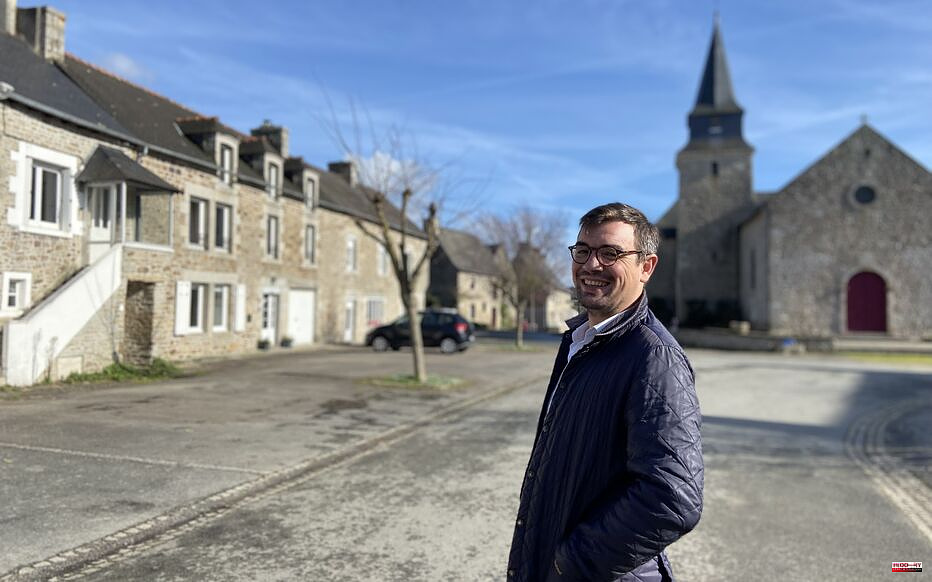 Jean-Baptiste Canivet loves the provinces. He even made it his professional credo. The founder of the digital communication agency Sloop, born on a barge in Asnières (Hauts-de-Seine), wants to give his employees "the possibility of living and working where they want". The company, which has prestigious clients such as Crédit Agricole, BNP Paribas, the French Hospital Federation or the Paris Bar, has already relocated to Nantes, Dinan, Chartres or Agon-Coutainville in Normandy... is just the start.

“The health crisis was the trigger for the process. Initially Parisians, we are decentralizing our offices for a winning relocation, says the company's founder. This is a real development strategy for us, including in forgotten territories. We are in the process of inventing rural coworking. »

“We have a beautiful garden and chickens”

The agency thus plans to create a shared workspace in Saint-Carné (Côtes-d'Armor), where Jean-Baptiste has settled. “Sloop wants to create such territorial places where it operates. It is also interesting to work in the countryside. Saint-Carné will thus be a place open to all professions”.

To mark this hyperlocal establishment, a position will be reserved for a person from the municipality. The new coworking space should open its doors in September. “Sloop advocates a relocation of expertise and contributes, through social commitment, to the revitalization of the territories where it is established. Our employees based in the regions have no other constraint than a daily meeting by videoconference, called morning stand up, at 9:45 a.m.”, specifies Jean-Baptiste.

The Sloop agency is determined to expand throughout France. Jean-Baptiste Canivet was the first to follow Edouard, a close collaborator: “He left. I was Parisian and I in turn moved to Brittany six months ago with my wife and our three children. We have a beautiful garden and chickens…, he says. Edouard convinced me, before escaping to Nantes. Frankly, at first I was reluctant but I took off my blinders and looked at a more distant horizon. »

“I travel a lot less now”

The Covid helped. Settling anywhere in the province has become a deep conviction to conquer local markets. “I discovered a tremendous regional dynamism. In Brittany, this ranges from shipyards to pig farms, via boot manufacturers… We can anchor ourselves territorially and work with economic players and local experts, ”explains the boss. With 20 employees and around fifty collaborators, the province has become a gold mine for the Sloop agency. “We are multiplying business and our Parisian executives are flourishing throughout the territory. What more ? “, he continues, smiling.

Among these executives, Valentin, 39, passed through Brussels and Paris, settled in the small Normandy town of Agon-Coutainville and divides his life between videoconferences and a little face-to-face in the capital... "I travel a lot less now, he rejoices. Professionally, I work at the national level but also for local customers, such as restaurants who want an attractive website. This variety is exciting. And there is so much less stress here! »

As for Edouard, the decentralized pioneer of the company in Nantes, he settled with his family in the small town of Clisson. At 30, the young executive is starting a new life. He was quickly joined by François, 36, the company's creative director, also originally from the Paris region. “Alfortville (Val-de-Marne), it is well and truly over! I divide my time between my apartment transformed into a start-up and the Sloop office in Nantes. I work much better than before, ”says this one. And as happiness never comes alone, a little Breton came to enlarge the family circle...

1 Leaving Paris: When the regions advertise in the metro 2 Employment in the region: the miracle of Brebières 3 In Troyes, “start-uppers can come and try their... 4 In Nantes, the start-up Kiplin attracts Parisians... 5 2022 tax return: 2 big scams! How to spot them? 6 Wireless headphones: JBL headphones at a bargain price... 7 Kylian Mbappé: a confirmed agreement with Real according... 8 Fernando Simón exposes with Margarita del Val the... 9 Only 20% of those affected by the volcano have received... 10 Maroto refuses to feed the controversy: «I was not... 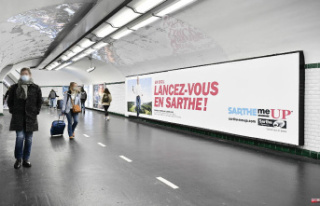 Leaving Paris: When the regions advertise in the metro