Employment in the region: the miracle of Brebières

It is the miracle of a small town in Pas-de-Calais, Brebières, 5000 inhabitants. 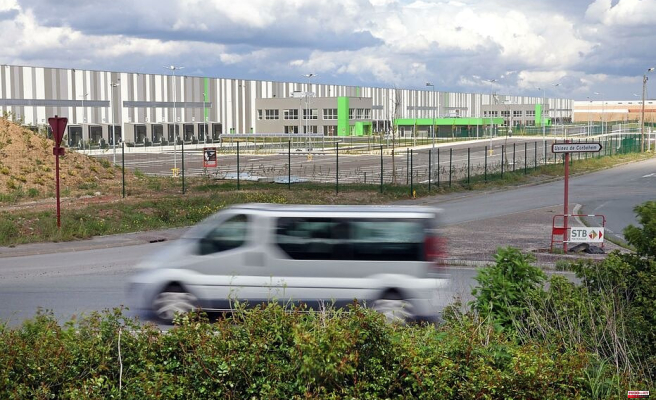 It is the miracle of a small town in Pas-de-Calais, Brebières, 5000 inhabitants. “Within two years, we will have created 1500 jobs on our territory! 500 are already operational thanks to the recent installation of an Amazon subcontractor. Since last summer, we have indeed had a new logistics warehouse of 70,000 m2 in our town,” rejoices the various right-wing mayor Lionel David. Dozens of job offers for handlers and logisticians are popping up on Pôle emploi sites in Pas-de-Calais.

Good news never arrives alone. “Renault will also build a battery factory nearby… The unemployment rate here has fallen below 7%, below the regional average (Editor’s note: 8.9% in the fourth quarter of 2021) in the Hauts- of France. Without forgetting two other logistics warehouses of 60,000 m2 in total which will also soon be fitted out on site. A boon !

30 minutes from Lille and the TGV

Recruitment is mostly local or regional but can also attract people from beyond. “Brebières is a charming little town very well located 30 minutes from Lille and the TGV, and 5 km from the A1 towards Paris, recalls the elected official. Enough to tempt young executives from the Paris region attracted by the charms of the North…”. And Lionel David, also a doctor in the town, is not lacking in humor: “We are not sectarian, we welcome them gladly. »

The story of this revival is a fairy tale. A real opportunity for Brebières, which allows the municipality to turn the page on the closure of the Stora Enso paper mill. And to recreate employment locally. “The logistics warehouse was built by Goodman, the Australian giant, on Stora wasteland, which left in 2016,” recalls Lionel David. The site is managed by ID Logistics, on behalf of Amazon. ID Logistics, with Pôle emploi, has recruited 500 people. And 200 temporary workers come as reinforcements during peak periods.

According to Amazon, ID Logistics “operates the warehouse like most e-commerce companies by also working with external service providers, a common practice throughout the industry”. "It's a large subcontracting warehouse for e-commerce, with teams in three shifts from Monday to Sunday, 500 jobs and then double in the long term", confirms the local CGT.

In total, 45% of the surface area of ​​warehouses is concentrated in regions, participating in new regional development plans in the heart of rural areas. What matters: proximity to the transport network. Hauts-de-France is the first region in which Amazon is established in France. The region thus has the densest motorway junction in France and a unique rail link to the United Kingdom. With the proximity of Paris. The pool of available employment is also large and qualified, at a competitive cost (the total wage cost of workers is 18% lower than the average of Amazon's European competitors).

The miracle of Brebières contrasts with the social difficulties and the fragility of the region, where poverty affects all areas: from health to education, including housing. “We want to see in the attractiveness of our territory an encouraging sign of reindustrialisation. We believe in it hard as iron! concludes the local elected official.

1 In Troyes, “start-uppers can come and try their... 2 In Nantes, the start-up Kiplin attracts Parisians... 3 2022 tax return: 2 big scams! How to spot them? 4 Wireless headphones: JBL headphones at a bargain price... 5 Kylian Mbappé: a confirmed agreement with Real according... 6 Fernando Simón exposes with Margarita del Val the... 7 Only 20% of those affected by the volcano have received... 8 Maroto refuses to feed the controversy: «I was not... 9 Discharged all those injured in the train crash in... 10 Income tax 2022: tax discount, can you take advantage... 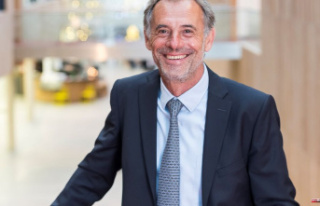 In Troyes, “start-uppers can come and try their...