Alfonso Rueda made his debut in a control session as president of the Xunta this Tuesday in O Hórreo. 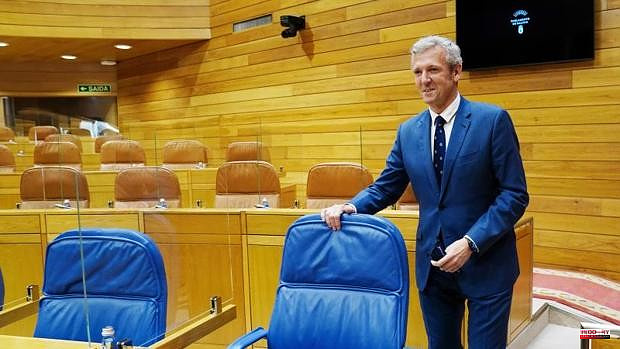 Alfonso Rueda made his debut in a control session as president of the Xunta this Tuesday in O Hórreo. If it weren't for the usual greetings and good wishes from PSdeG and BNG spokespersons, a clueless viewer would have missed the novelty of the double confrontation. Because the Galician left applied the same treatment to the president as in the investiture debate or the one that was given to Alberto Núñez Feijóo on his last day in the Galician Parliament: no courtesy and yes, questioning the legitimacy of the new president. Rueda, who returned to claim his "own style", insisted despite everything on reaching out, and advanced that "of course", if Ana Pontón and Valentín González Formoso wish, he will meet with them.

Álvarez opened fire asking Rueda what the regional government plans to do – which is meeting this morning, since the Council is moving forward one day – to “improve the lives of Galicians”. Adding that it is "trivial" that the Xunta commit to that improvement, given the "negative situation" of the Community that the socialists once again portrayed. His spokeswoman did not reserve artillery: he said of Rueda that he learned from Feijóo to "throw the balls out" and blame the problems of Galicia on the Government; and he cast doubt on whether he is going to be a "little relevant president", "protected". He urged him to meet with Formoso and with the mayors of the cities and resorted again to criticizing the succession process activated by Feijóo's departure, which he compared to a "game of chairs". «They are all sitting, I don't know if they wanted to or not (...). work. We have spent three months of government of the Xunta with arms fallen, since Mrs. Díaz Ayuso », he fired him, decided that it was necessary to« change the president ».

Rueda replied that it has become clear to him that Álvarez has "special concern" to know if he will have his "own style", and defended that this will be the case when it comes to "solving problems", against a PSdeG whom he again accused of "branchism". ». That style will pass, as it has been emphasizing in recent weeks, to maintain what has been done well and face new challenges, with the desire to improve and shield education, health, business fabric or entrepreneurship, and take advantage of the "pull" of the Jacobean. Despite the tone of his interlocutor, he extended his hand to "do things together", as long as they abandon that follow-up to La Moncloa / Ferraz and are a "dialoguing" party. Otherwise, the Xunta, he endorsed, will continue as before, alone, but "working", approving "measures" and "looking forward". In a debate that became mired in the discussion about the government's bias in the distribution of Next Generation funds, the president rejected the "fictional policies" and "smoke screens" of the socialists, and stated that his Executive is focused on address the "real problems" of Galicians and "improve" their lives.

With Pontón, the confrontation came from the hand of the language. Beyond the inevitable 'figure war' and clash between reports from different sources (IGE, RAG, etc), in O Hórreo the mutual reproaches resounded. The frontist leader proclaimed that "the PP is taking away from the new generations the opportunity to speak in Galician", that it is "stealing" their "freedom" to express themselves in their own language. Rueda censured that she uses Galician as an "element of confrontation (...) and division", as an "excuse" to "give good and bad Galician cards". The Xunta, she claimed, will continue to defend the language, "but without impositions, neither from you nor from the other extreme." «We do not want a monolingual society, neither in Galician nor in Spanish»; betting on the model of cordiality "with freedom, openness and fullness".

Pontón - who repeatedly cited the "decree of shame" and brandished a photograph of Rueda at a demonstration for bilingualism in 2009 - insisted that the Xunta steals Galician from young people and insisted on asking Rueda what he plans to do so that «stop being the only language of the State that loses speakers», in what it understands as the result of a «policy of harassment and demolition». And as a last straw, he again labeled Rueda as "accidental" president and ordered him to "rectify"; a comment that the head of the Galician government did not like: «Disqualify this Parliament if you think I have no legitimacy (...). I am not going to enter into this type of attitude, it was already his tonic ».

Sticking to the reason for the debate, Rueda once again demanded that the BNG not make "partisan use" of Galician and, shyly, citing Xesús Alonso Montero, to the displeasure of the Bloc, that they do not "want him so much", because "they are going to end up drowning." And here, a broadside: «It has already happened once in the brief, fortunately, period of time of the bipartisan government. It was not the only reason, they did a lot of things wrong, but that determination to break with cordial bilingualism was surely one of the reasons that led them to lose the government so quickly. He also made Pontón ugly in the letter he recently sent him, where he put "a lot of homework" on six pages, where he dedicated "zero lines" to Galician. "They continue to do opportunism," he censored

1 Official Language School in Valencia: admission and... 2 Located 60 malnourished pigs and a hygiene problem... 3 The agreement for the language does not unite the... 4 They investigate the creator of a mobile application... 5 Olona says goodbye to Congress with attacks on the... 6 Controversy in the Barça with the renewal of Gavi 7 Salvador Ramos, the Texas attacker: a former student... 8 Ligue 1: the League now allows numbers up to 99 9 They arrest a woman for mistreating and causing several... 10 Arrested in Ávila in possession of videos and photos... 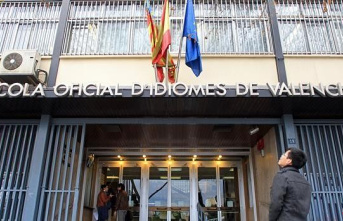