Yet another disagreement between the independence movement, now at the expense of the defense of Catalan, which was one of the battles that the worn-out movement maintained until recently as the axis of unity. 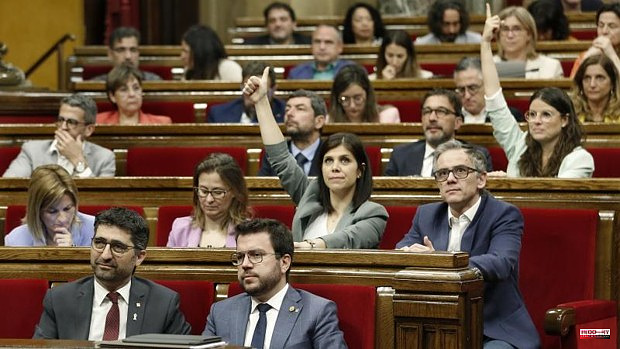 Yet another disagreement between the independence movement, now at the expense of the defense of Catalan, which was one of the battles that the worn-out movement maintained until recently as the axis of unity. The bill that will be voted on in the Parliament at the end of this week to shield Catalan in the classroom after this Wednesday the chamber decided to introduce the measure on the agenda is causing more attrition than union.

Now, ERC and Junts together with the PSC and the commons have agreed on a bill that will be processed by the urgent route "on the use and learning of official languages ​​in non-university education" that defines Catalan as "vehicular language » in Catalan classrooms and from which the definition of Spanish as a «learning language» disappears, as it did appear in the first draft.

However, the road to this week's pact has not been easy at all. And it is that a priori it seemed ready two months ago but then, eight hours after the pact to four was exhibited, Junts recanted by not tolerating the pressure of independentist entities and part of the educational community.

The final agreement, which arrived this Tuesday "in extremis", is not that it has completely calmed the waters either. The highly subsidized Platform for the Language, for example, rejects the agreement because, it denounces, there has been no consensus with the entity and because it understands that by speaking of Spanish as a "curricular language" the Government may demand 50% of Spanish in the classrooms. Despite applauding that the previous reform text of the Language Policy Law has been shelved, he regrets what he considers a "dangerous alternative".

The 'Pública i en català' platform, made up of teachers' unions, does not view the agreement favorably either because it is, in its opinion, a "political endorsement of the ruling of 25%" of Spanish in the classrooms, which may represent "the end of a model that pursues cohesion and the right of all students to have access to the Catalan language». The measure "opens the door for the presence of Catalan and Spanish to be determined by educational centers and aggravates school segregation," considers the platform. The only entity that has come out in defense of the agreement is Òmniun Cultural.

At the political level, it is not that the fracture is over. On the one hand, because the CUP, which should be one of its strong promoters, has distanced itself from the negotiations at all times to forge a response from Parliament. The anti-capitalists reject the agreement because "it introduces Spanish as a vehicular language" and therefore they believe that it goes "against immersion by introducing Spanish as a vehicular language." "They have made everyone dizzy to end up agreeing on the same thing," the CUP recently complained about the four formations from its Twitter account.

During the debate this Wednesday in Parliament, the CUP has insisted on criticizing the agreement. Its leader, Dolors Sabater, has accused the negotiating groups of adapting the legislation to the 25% sentence. “Who legislates are not the deputies and deputies, they are the members of the TSJC”, he has denounced.

In addition to the CUP, Vox, Cs and PP have been blunt against the linguistic pact. Joan Garriga, from Vox, has described it as a "cheating pact", while from Cs, Carlos Carrizosa has made it ugly that the PSC is a "necessary collaborator of nationalism" to promote a law that they consider an outrage. In a similar vein, the leader of the Catalan PP, Alejandro Fernández, has warned the Socialists that they are "a few minutes away from taking a step that has no return, from joining the separatist tricks to avoid complying with the law."

The PSC, for its part, has tried to defend itself from the attacks. First, in an interview on Onda Cero, where its leader Salvador Illa has defended that Spanish is "vehicular" with the new agreement since at least 25% of the classes must be implemented in this language. Later, in the plenary session, the socialist deputy Esther Niubó congratulated herself on having achieved a proposal that represents a very important step towards treating Spanish differently from a foreign language.

In the plenary session of the Parliament this Wednesday, the procedure was approved by the urgent route and by single reading with the votes in favor of PSC-Units, ERC, Junts and commons and with the 'no' of Vox, CUP, Cs and P.P. During today's session, a period for amendments has been opened and the final debate on the bill will be held on Friday at noon.

1 They investigate the creator of a mobile application... 2 Olona says goodbye to Congress with attacks on the... 3 Controversy in the Barça with the renewal of Gavi 4 Salvador Ramos, the Texas attacker: a former student... 5 Ligue 1: the League now allows numbers up to 99 6 They arrest a woman for mistreating and causing several... 7 Arrested in Ávila in possession of videos and photos... 8 Barcelona will dedicate a square to Ukraine 9 A former director of Caritas, the new ‘plumber’... 10 Sailing: “It has rarely been so hard”… Tom Laperche... 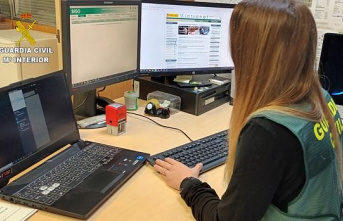 They investigate the creator of a mobile application...