Rosa Benito apologizes after charging against place names in Valencian and reaffirms: "It's Jávea all life"

«I want to apologize because the other day with Xàbia and Jávea you did not see the one that is involved». 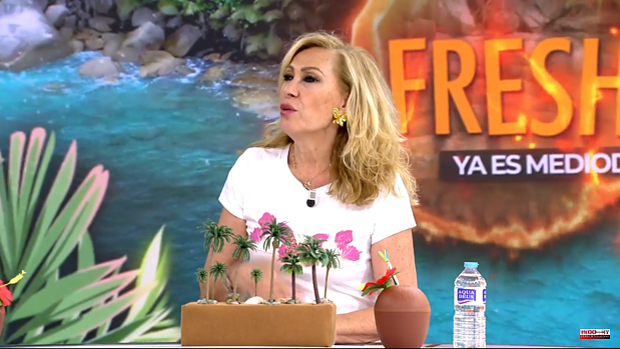 «I want to apologize because the other day with Xàbia and Jávea you did not see the one that is involved». Rosa Benito has decided to apologize after the enormous stir that her words have generated about the use of the name in Valencian of the Alicante coastal municipality. "You have set one up for me," joked this Wednesday Sonsóles Ónega, the presenter of "It's already noon", the Telecinco program in which Rocío Jurado's sister-in-law works as a collaborator.

Despite the fact that the director of the space told him otherwise, Benito wanted to settle the matter live, while reaffirming his controversial words: «I apologize to all those people who feel bad, but I think, that I am from Alicante, that Jávea is Jávea for life».

Last Monday, while the program dealt with the wedding of the influencer Marta Lozano and the dentist Lorenzo Remohí in Xàbia, the winner of Survivors 2011 opened an impromptu debate on the use of place names and charged against the official name in Valencian of the town. "Look, it's enough that all your life has been Jávea, Alicante, and that's enough of so many 'x' everywhere," snapped Benito after the report.

"You say Xàbia and you don't know where it is," he added. “I am from Alicante, Alacant no”, she defended in reference to her place of birth. "We are in Spain, we are all going to talk so that we understand each other" and "I don't care if they criticize me." «My grandmother has spoken to me all my life in Valencian. My friends would come and I would tell her: 'Yaya, don't talk to them, they don't understand you'. «I understand languages ​​and dialects perfectly, because when I was little they were dialects. But hey, Jávea has been all my life », she insisted.

"Maybe they think they are outside of Spain," Benito concluded to settle his allegation, which has generated much criticism on social networks. However, the talk show host took advantage of her apologies to stress that what happens on Twitter or Facebook affects her: «I don't care about networks, the problem is for them, that they have to always be insulting and having a bad time. I am very well».

1 Slovenia invites the Catalan government to the inauguration... 2 Oaks and Derby, stellar events at the Madrid Hippodrome 3 The Alicante Water Museum hosts the sound exhibition... 4 The Xunta, with 180 million investment against fires,... 5 "As I catch you, I'll take out your eyes":... 6 Hidraqua and its affiliated companies organize more... 7 Power Electronics launches a mobility plan to connect... 8 Fines of up to 300,000 euros, the sanction to which... 9 Viveros 2022 concerts in Valencia: dates, international... 10 Ayuso wins the pulse of the left and allows the VTCs... 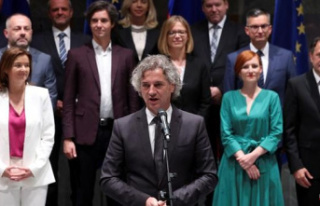 Slovenia invites the Catalan government to the inauguration...