The poster for the Viveros Concerts 2022 of the Great Fair of Valencia includes eighteen proposals, six of which will be headed by international artists. 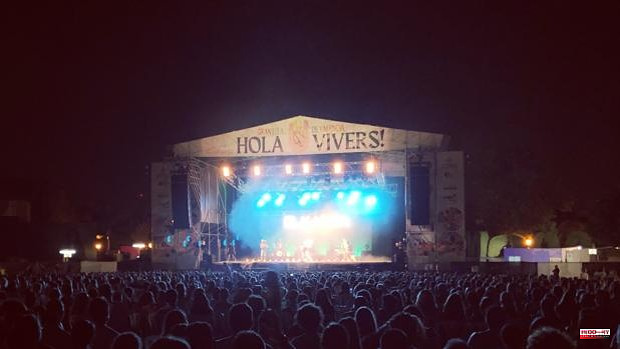 The poster for the Viveros Concerts 2022 of the Great Fair of Valencia includes eighteen proposals, six of which will be headed by international artists. The program incorporates and integrates "consolidated and emerging" artists in a "parity" offer and with a "high percentage of Valencian performers", as explained by the Councilor for Festive Culture, Carlos Galiana.

The Viveros Concerts will begin on Friday, July 1, and will last until Sunday, the 24th. During this time, proposals from different genres will be staged in the Jardines del Real: from pop by Cat Power, Crystal Fighters and Simple Minds; the vindictive rape of Residente; Julian Marley's reggae; and guitarist Steve Vai's show.

The poster is completed with Valencian groups (Zoo; Los de Marras; Sandra Monfort; Maluks; Tenda) and state groups (La Oreja de Van Gogh; India Martínez; Leiva; Rigoberta Bandini; Los Planetas). In addition to the actions, the proposal is complemented by a restaurant area and various services (bicycle parking, artificial grass, etc.) "in one of the most emblematic spaces of the cap i casal".

The first international artist to perform at the 2022 Viveros Concerts will be the North American Chan Marshall, artistically known as Cat Power. She will do it on Tuesday, July 5. The vocalist will present the work Covers, published in January. This is her tenth album and the third dedicated to songs by other artists after The Covers Recuerdo (2000) and Jukebox (2008).

Ten days later, on Friday, July 15, it will be the turn of Puerto Rican René Pérez Joglar, Residente, who, known for being a founding member of the group Calle 13 in the company of his brothers (Visitante and iLe), began his solo career in 2015 .

Steve Vai, considered "one of the great virtuosos" of the electric guitar, will present his latest work at the Viveros Concerts in Valencia on Saturday, July 16.

As on previous occasions, the Viveros Concerts will host one of the Benicàssim Rototom Sunsplash presentation parties. This festival dedicated to Jamaican root music will be held again after two years of absence and will do so between August 16 and 22. Before that date, on Sunday July 17, the Jardines del Real will also dance to the rhythm of reggae with Julian Marley, the only son of Bob Marley born in Great Britain.

As it happened in 2019, the festive spirit of the Crystal Fighters will once again be felt in the Jardines de Viveros on Friday, July 22. Finally, the Viveros Concerts will close on Sunday the 24th with Simple Minds. His return to Valencia will serve to celebrate more than forty years of hits such as "Don't You (Forget About Me)", "Alive and Kicking" or "Waterfront".

1 Ayuso wins the pulse of the left and allows the VTCs... 2 They find the body of a burned man in the Valencian... 3 The garden of San Lucas de Toledo will host this Saturday... 4 The United States lifts the flight restrictions to... 5 Alberto Fernández's change of course: finally,... 6 Until when can the income statement be made? 7 Díaz begins a crusade against companies for fraud... 8 Almeida: "Maestre has extorted municipal workers... 9 A year spreading the legacy of the victims from Vitoria 10 A Palma police car kills a pedestrian and injures... 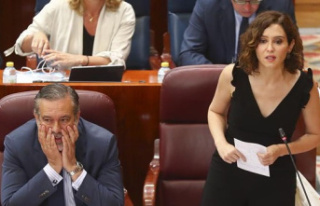 Ayuso wins the pulse of the left and allows the VTCs...