Next Sunday, June 5, World Environment Day is celebrated under the slogan “One Earth”, a concept that highlights the need to promote a cleaner, more ecological and sustainable planet. 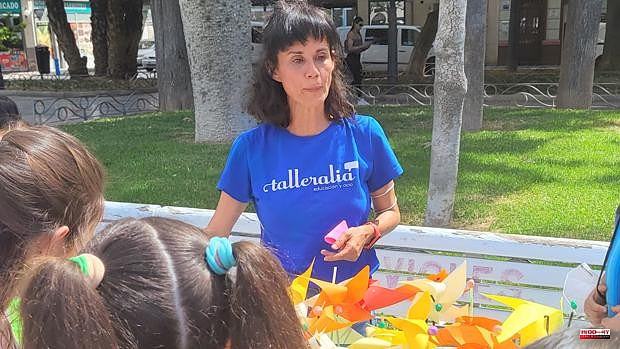 Next Sunday, June 5, World Environment Day is celebrated under the slogan “One Earth”, a concept that highlights the need to promote a cleaner, more ecological and sustainable planet. A reality for which Hidraqua and its affiliated companies in the Valencian Community have always opted for through their management policies and which also involve generating social awareness in this matter.

Hence, the company and its affiliated companies have organized more than forty activities aimed at citizens to commemorate this date that include, among others, participation, through educational workshops, in environmental fairs that have been organized in various municipalities such as Almoradí , Rojales, Villajoyosa; and in the Volta en Bici also organized this weekend in Mutxamel.

Likewise, these workshops are also being developed in San Vicente and Sant Joan d'Alacant, by the hand of Aguas de Alicante, and in some of the schools in Orihuela, Crevillent and Alicante that participate in the Aquae STEM program, the program aimed at encourage scientific vocations in girls, promoted by the Hidraqua foundation, Fundación AQUAE.

In addition, from Thursday, June 2, the Alicante Water Museum hosts the exhibition "Winter in Tabarca" by Aurora Domínguez Mata. An exhibition whose main objective is the conservation of the collective memory and the sound heritage of the Island of Tabarca and that will be complemented with guided tours during the weekend.

The company has also installed information points in municipalities such as Manuel, Guadassuar, Xeraco or Cullera, to inform about the work that Hidraqua and its investees carry out, contact channels with the company, sustainable management of the integral water cycle and water quality , in order to encourage the consumption of tap water. Linked to this promotion, water tastings have also been organized in towns such as El Campello, Alicante, Banyeres and Onil.

On June 7, Hidraqua and Aigües d'Elx organize in Elx a new meeting of the 'CLIMAS for CHANGE' initiative, in this case, linked to the education sector, where it will feature top-level speakers from the local, regional and national as Federico Buyolo, director of Cultural Innovation of the Ortega y Gasset-Gregorio Marañon Foundation; Carlos González, mayor of Elx; Javier Prieto, managing director of the mixed company Aigües d'Elx; and Mónica Pérez Clausen, academic director of the School of Water. The event, which will take place at 12:00 p.m., can be followed by streaming through the Hidraqua YouTube channel.

1 Power Electronics launches a mobility plan to connect... 2 Fines of up to 300,000 euros, the sanction to which... 3 Viveros 2022 concerts in Valencia: dates, international... 4 Ayuso wins the pulse of the left and allows the VTCs... 5 They find the body of a burned man in the Valencian... 6 The garden of San Lucas de Toledo will host this Saturday... 7 The United States lifts the flight restrictions to... 8 Alberto Fernández's change of course: finally,... 9 Until when can the income statement be made? 10 Díaz begins a crusade against companies for fraud... 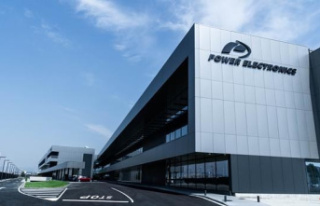