The Assembly of Madrid has approved this morning to process by single reading the bill for the organization and coordination of urban transport in the Community of Madrid, which will allow the VTC to continue circulating from October 1. 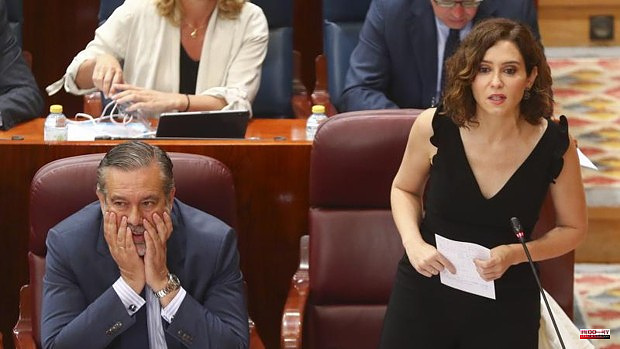 The Assembly of Madrid has approved this morning to process by single reading the bill for the organization and coordination of urban transport in the Community of Madrid, which will allow the VTC to continue circulating from October 1. This is the deadline that the 'Ábalos decree' set, and from which the permits with which platforms such as Úber and Cabify work ceased to be valid.

The Popular Party won the pulse of the left, by counting on the abstention of Vox, which threatened to vote against if the Minister of Transport, David Pérez, did not accept his proposal to include the demands of taxi drivers in the future regulation. The negotiation has borne fruit, despite the fact that the spokeswoman, Rocío Monasterio, stated that this project "comes late and badly"

When this item on the agenda was approved in plenary, the procedure in a single reading, a group of taxi drivers who occupied the guest gallery had to be evicted by shouting at the plenary session. This group had been invited by leftist groups.

The president of the Community of Madrid, Isabel Díaz Ayuso, defended this morning the coexistence of the two models, stating that "all the models can coexist here and I am not going to tell the citizens of the Community of Madrid that they VTC ends, that is, Uber or Cabify. I want the best for the taxi, but I want all the models to coexist because here you are not going to go on a donkey, as you want and as your friend Colau does».

Ayuso pointed out that "what we want is for the taxi sector to continue and to be closer to all citizens, a sector that when it is politicized by you, only a part that is left, by the way, always It ends badly for the citizen«.

The spokesman for the Socialist Group, Juan Lobato, criticized Ayuso for being "so obsessed with the power struggle", that he has forgotten to manage problems such as the future of "25,000 families", linked to the taxi business.

1 They find the body of a burned man in the Valencian... 2 The garden of San Lucas de Toledo will host this Saturday... 3 The United States lifts the flight restrictions to... 4 Alberto Fernández's change of course: finally,... 5 Until when can the income statement be made? 6 Díaz begins a crusade against companies for fraud... 7 Almeida: "Maestre has extorted municipal workers... 8 A year spreading the legacy of the victims from Vitoria 9 A Palma police car kills a pedestrian and injures... 10 The Generalitat confirms the first case of monkeypox... 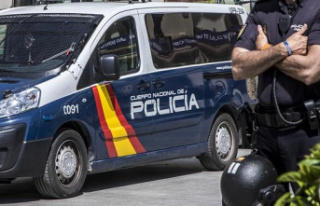 They find the body of a burned man in the Valencian...