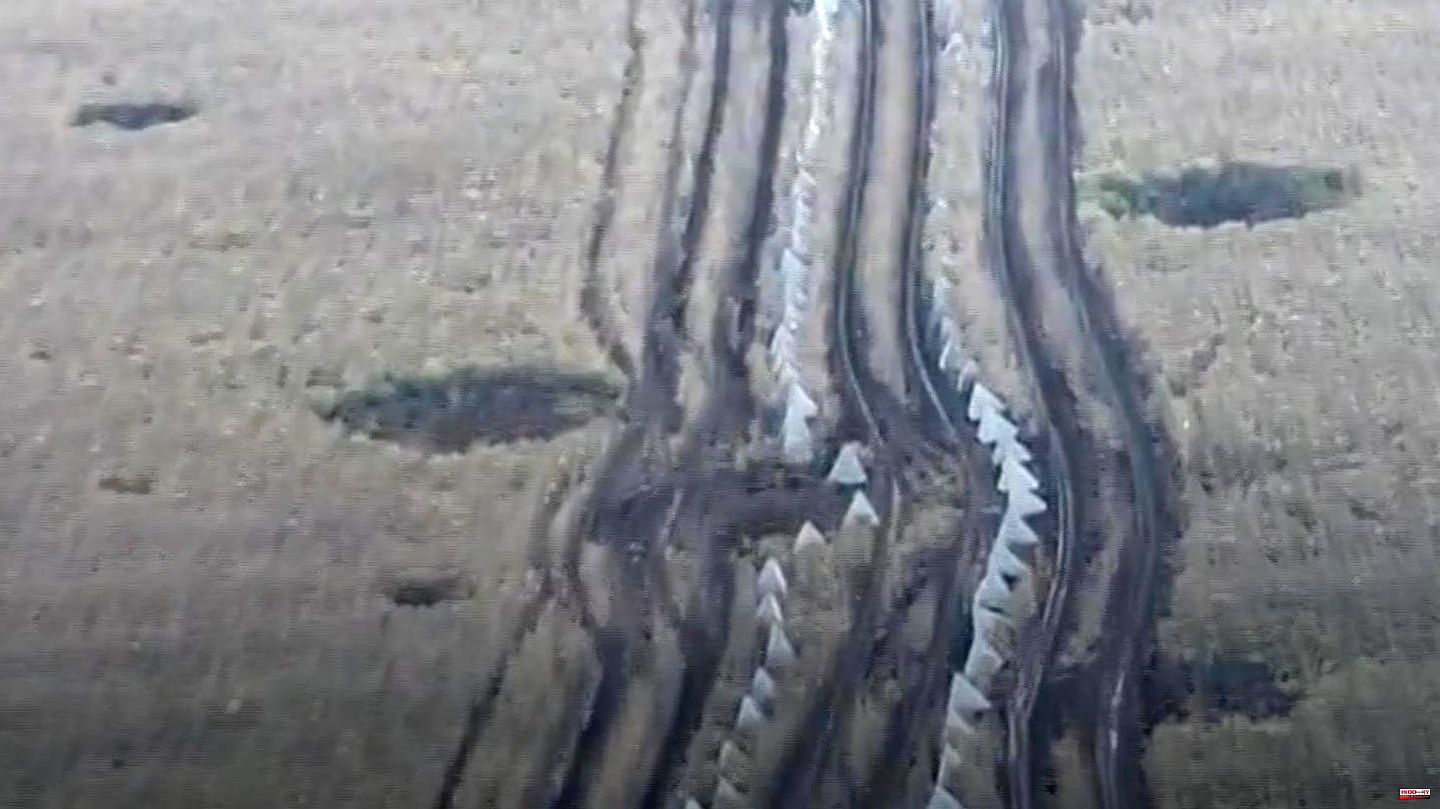 The Russian news agency "Riafan" has published a video documenting the construction of a Russian defensive wall in the Luhansk region of Ukraine. The cropped drone footage shows dug trenches and long rows of concrete anti-tank obstacles in an open field.

The agency writes about the video on Telegram: "This is how the defense line in the People's Republic of Luhansk is being built. Cusp lines, ditches, trenches. Everything according to military science. The technical units of the Wagner group are in action." Former Russian intelligence officer and separatist leader Igor Girkin shared the video on Twitter and dubbed the construction "Putin's Maginot Line."

The data team from ntv.de was able to determine the exact location of the position using satellite images. Accordingly, the defense line is located on the western outskirts of the small town of Hirske, which is about 25 kilometers south of Lysychansk. As images from the European observation satellites Sentinel show, the entrenchment work must have taken place between September 25th and October 5th.

It is not entirely clear why the wall was erected, as Moscow's units are actually on the offensive in the region. There are no known indications of Ukrainian advances in this region. The systems that can be seen in the video and on the satellite images are currently far behind the front line. The Russian attack on Bakhmut is currently underway about 30 kilometers to the south-west. It is possible that the system is intended to serve as a fall arrest facility. However, a function as flank protection for advances to the west would also be conceivable.

Do the Russian Wagner mercenaries fear a Ukrainian counterattack? Or is the Russian side preparing for a long trench war in winter with fortified towns? Hirske's systems visible on the satellite images seem to have been used primarily to protect the western outskirts of the town. The ditch and hump lines run in a largely straight line over a distance of almost two kilometers across open farmland and field margins.

The historian Christian Hartmann is skeptical about the effectiveness of such rigid defense systems, especially in today's drone age. "Such ancient buildings have more of a propagandistic and psychological meaning for the defenders," says the head of the deployment research department at the Bundeswehr Center for Military History and Social Sciences in an interview with ntv.de. "In general, obstacles are always good. Not only can they help repel an attack, but they can also channel it." However, the defender's available reserves are decisive for holding such a line.

Hartmann considers the historical comparison with the French Maginot Line to be exaggerated and an unwanted own goal. The construction of the defense system had dragged on for years and swallowed up enormous sums of money. "Nevertheless, it only took a few weeks for France to be occupied by the Wehrmacht," said the historian. In the end, the attackers were also able to overcome other defensive positions during the Second World War. Hartmann cites the Atlantic Wall, the Stalin Line and the West Wall as examples. 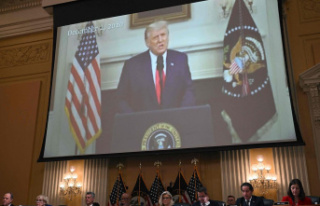 Questioning before the investigative committee: This...