Open Tennis Case: The mayors of Carmena Mayer and Mato are acquitted of the crimes of prevarication and embezzlement

Former Carmen councilors Celia Mayer and Carlos Sánchez Mato have been acquitted of the crimes of prevarication and embezzlement of public funds in the so-called Madrid Tennis Open case. 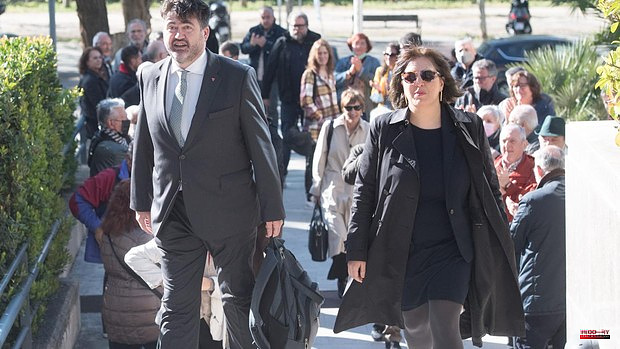 Former Carmen councilors Celia Mayer and Carlos Sánchez Mato have been acquitted of the crimes of prevarication and embezzlement of public funds in the so-called Madrid Tennis Open case. The acquittal also affects the former CEO of the Madrid Destino municipal company and general coordinator of Culture and Sports of the city council, Ana Varela.

"In the exercise of his functions - affirm the judges of the Seventh Section of the Provincial Court -, Varela had doubts about the legality of the commitments assumed by Madrid Destino in the agreements and agreements signed for the celebration of the Mutua Madrid Open" . For this reason, as the magistrates consider proven, the person in charge requested three legal reports from external law firms, before the city council then led by Manuela Carmena proceeded with the economic disbursement required by the agreements.

He did so after consulting the expert staff of the city council and the municipal Legal Department.

Sánchez Mato, acting president of Madrid Destino and delegate of Economy and Finance at that time, also requested reports on some of the agreements signed by the previous municipal corporation (led by the Popular Party of Ana Botella) within the framework of the Tennis Open .

The payment with municipal money of these reports was the object of the complaint of the Popular Municipal Group against the three people in charge of the city council. Now, the Provincial Court affirms that in the sentence "it is objectified that the accusation was aware of the lack of consistency of the facts denounced from the prevaricatory perspective, and this after issuing three reports by the outsourced legal services, which were undoubtedly known by the accusing party”. And the judges add that these reports are eloquent about the "striking legal and economic discrepancies derived from the agreements and agreements signed in previous years and the harmful consequences they could have for the municipal coffers."

After receiving the external documentation, Sánchez Mato, Varela and Celia Mayer decided to file a complaint in March 2017 for the alleged commission of the crimes of administrative prevarication and embezzlement of public funds before the Special Prosecutor's Office against Corruption and Organized Crime. That complaint was inadmissible by the Court of Instruction number 41 of Madrid.

Beyond the short procedural path of the corruption complaint, the magistrates explicitly conclude that "it has not been proven that the accused, in the exercise of their powers and responsibilities, had any other intention than to protect and safeguard the interests and the municipal coffers ».

The magistrates impose the costs of the trial caused by the defenses to the Popular Municipal Group. They condemn them, as requested by the defense of the accused, of acting "without any doubt with recklessness and bad faith." The judges argue that the PP maintained the accusation against Celia Mayer "without any accusatory concreteness" and with the knowledge that "during the time in which the events subject to accusation occurred, she was on leave - she was on maternity leave- , between the month of October 2016 and the month of February 2017».

This resolution is not yet final and it is possible to file an appeal before the Civil and Criminal Chamber of the Superior Court of Justice of Madrid.

1 Ayuso will support the conscientious objection of... 2 An autonomous and empathetic car: they create a system... 3 Quim Torra and Josep Costa sue Pedro Sánchez and... 4 Alex Corretja: "Alcaraz is among the top favorites... 5 Transferred to the hospital three men injured by the... 6 The National Court rejects that the Generalitat enters... 7 Fernando Simón, on monkeypox: "We cannot rule... 8 Biden denounces the Buffalo massacre. And after? 9 Worse than Afghanistan for Russia? 10 Laia Palau announces her retirement at the age of... 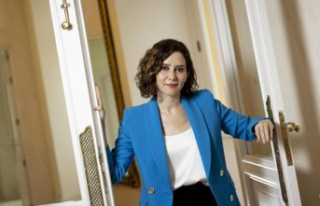 Ayuso will support the conscientious objection of...