They had announced it days ago and now they have formalized it. 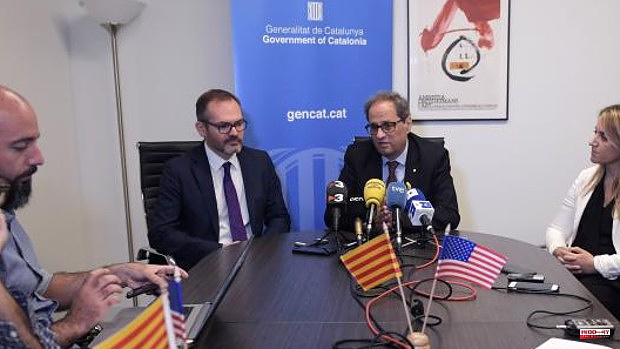 They had announced it days ago and now they have formalized it. As other pro-independence leaders have already done, the former president of the Generalitat Quim Torra and the former vice-president of Parliament, Josep Costa, have filed a lawsuit against the president of the Government, Pedro Sánchez, and the whole of the Executive for espionage with the software 'Pegasus '.

In the appeal, which was presented this Monday before the contentious administrative sauce of the Supreme Court, both secessionist representatives denounce the Government for the intervention, listening, theft, collection, treatment, use, dissemination and storage of information and communication of their institutional mobiles .

Both leaders demand that the Supreme Court declare the illegality of the alleged wiretapping and demand to know what information and documentation was obtained from their mobile phones and that it be completely destroyed, as explained by the former president's office in a statement.

In addition, both Torra and Costa allege that Spanish legislation is contrary to European jurisprudence, which recognizes the right of citizens, and in this case of more than sixty pro-independence leaders, to know if they have been spied on and that an independent body can purge any abuse or violation of fundamental rights, and that Pegasus is incompatible with the rule of law, according to the European Data Protection Supervisor.

They recall that "the kidnapping of all communications and all the information on their mobile devices has no legal basis or judicial coverage" and allege that, even in the event of judicial authorization, espionage would be "equally illegal due to the lack of the minimum democratic guarantees«.

As they have already advanced, both leaders hope to take the case to the Strasbourg Court to denounce the violation of fundamental rights there. They will take this step, explain sources close to the former president, when the Spanish courts inadmit or resolve the empara appeal.

1 Alex Corretja: "Alcaraz is among the top favorites... 2 Transferred to the hospital three men injured by the... 3 The National Court rejects that the Generalitat enters... 4 Fernando Simón, on monkeypox: "We cannot rule... 5 Biden denounces the Buffalo massacre. And after? 6 Worse than Afghanistan for Russia? 7 Laia Palau announces her retirement at the age of... 8 The Supreme Court shields the discounts that Correos... 9 Belarus allows death penalty for attempted 'terrorism',... 10 RSA: what new conditions is Macron asking for? 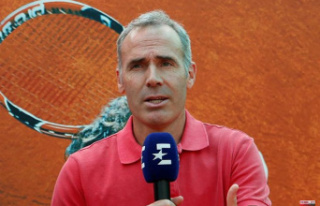 Alex Corretja: "Alcaraz is among the top favorites...