With the exception of the abundant losses in human lives, the socio-economic decline and the financial and political isolation fostered by the international community, Russia's great defeat in the war with Ukraine will lie in the unexpected lengthening of NATO's shadow to places that Moscow believed unalterable given its long tradition of neutrality. 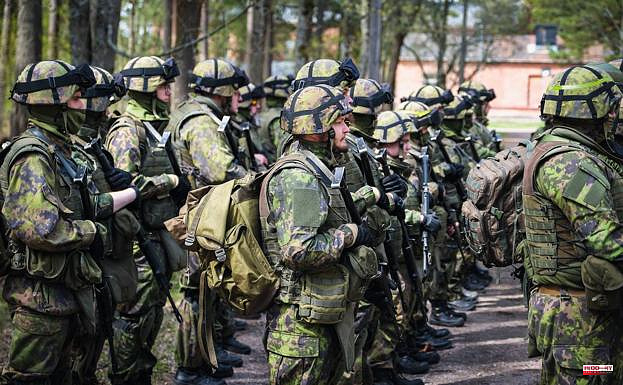 With the exception of the abundant losses in human lives, the socio-economic decline and the financial and political isolation fostered by the international community, Russia's great defeat in the war with Ukraine will lie in the unexpected lengthening of NATO's shadow to places that Moscow believed unalterable given its long tradition of neutrality. The possible incorporation of Finland and Sweden into the Alliance at the end of this year will force the Kremlin in the future to monitor an additional 1,340 kilometers of land border with the Finnish neighbor - a line barely 200 kilometers shorter than the border with Ukraine - and to limit its freedoms in the Baltic, a primordial sea for the interests of its Navy and merchandise traffic with Saint Petersburg and Kaliningrad, whose coastline is dominated by the Swedes.

The Finnish Parliament concluded on Tuesday the administrative process for joining the transatlantic organization. With 188 votes in favor and 8 against, the Chamber supported the Government's initiative and ended the latent debate for 40 years on the country's security in a new geostrategic framework marked by the end of the Cold War, the collapse of the Union Soviet and the consolidation of the Baltic republics. Finnish history is very similar to Sweden's: two traditionally neutral nations facing growing pressure from neighboring Russia.

Who will benefit most from membership is highly debatable. Helsinki, for example, obtains the umbrella of the allied countries, while giving the Alliance an unbeatable territorial rapprochement with Russia. A real balcony. In addition, it adds some Armed Forces that are among the most advanced in Europe despite only having 13,000 professional soldiers. His secret lies in the reservists. Practically all adults capable of handling a weapon, 900,000, are part of the reserve, an unusually high figure in a country of 5.5 million inhabitants where the compulsory 'military' is not a tradition either, since it began to be applied in 1992.

That the Government's intention to enter as a first-order partner goes beyond simple desire was demonstrated this past weekend when hundreds of Finns landed on the military island of Santahamina to undergo training exercises, similar to the training carried out by the brigades of civil defense of Ukraine before the war. The Army has the capacity to mobilize 280,000 reservists at once in case of need and the increase in investment is allowing it to consolidate an imposing combat infrastructure, with state-of-the-art corvettes and a generous purchase plan for 64 US F-35 aircraft.

This last figure offers an idea of ​​the firmness of the Finnish military project. Worldwide only 700 fighters of this model operate. It is the most expensive of combat aviation -both for its purchase price and for the cost of its operation, about 100,000 euros for every hour it is in the air- but also the one with the greatest operability and camouflage capacity against radars. . The international competition to acquire an F-35 is exemplified by Germany, which, in the heat of the Ukrainian crisis, has just acquired 35 of these fighters from the United States, for which Spain and France showed interest.

Northern Europe attends unprecedented days. King Carl Gustav of Sweden admitted on Tuesday that his country's request to join NATO is "historic" and corresponds to the common "challenges" it faces together with Finland after the Russian invasion of Ukraine. The welcome from the allies seems warm. NATO Secretary General Jens Stoltenberg will formally receive the requests from the two countries on Wednesday at an event at the Alliance headquarters and the President of Finland, Sauli Niinisto, and the Swedish Prime Minister, Magdalena Andersson, will meet tomorrow with US President Joe Biden. German Chancellor Olaf Scholz. He already announced this Tuesday that he considers both countries as allies. "We are going to intensify our military cooperation, especially in the Baltic region, with common exercises," the chancellor advanced, adding that Sweden and Finland already have the support of Germany, "especially in this very particular situation" before their entry into NATO.

Sweden will contribute more obsolete Armed Forces than those of its Finnish "brother". Neutrality, set as a principle by the monarchy in the mid-nineteenth century, has its share of responsibility. Military service has only been mandatory since 2017 and barely 35% of the population confesses that they are in favor of NATO (another 30% are against it and the rest would not have a definite opinion). Even so, the Executive has long embarked on a modernization of the Army that began to lay its foundations in 1991 with the coming to power of the conservative Carl Bildt. The prime minister and writer broke with the precept of neutrality of the Swedish Social Democratic Party by showing more Atlanticist theses and promoting aid to the Baltic republics.

Russian maneuvers since the annexation of Crimea in 2014, with aircraft and warships approaching its territorial waters, in addition to intelligence reports citing cases of espionage, cyber attacks and massive purchase of Swedish strategic technology by the Kremlin, they have also created a favorable climate for collective defence. This Wednesday, Stockholm takes NATO a plan that provides for a contingent of 90,000 soldiers within eight years - now there are 60,000 - and a better arsenal, with ships and submarines more capable of monitoring the Baltic, so longed for by the Alliance.

1 The latest creation of a wizard of unique wines: Atalaque... 2 13-year-old missing in Gatineau 3 Betclic Elite: Paris dominates Boulogne-Levallois... 4 Maxime eliminated from Koh Lanta: "Giving up... 5 Louana eliminated from Koh Lanta: "Some did not... 6 Koh Lanta: who are the two eliminated? Episode 12... 7 Ceferin: "Real Madrid's presence in the... 8 Washington launches 'observatory' to document... 9 Sherbrooke: the land of the former Hells Angels bunker... 10 Morocco abolishes mandatory PCR test for entry into... 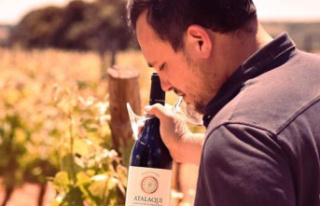 The latest creation of a wizard of unique wines: Atalaque...