As usual in Castilla-La Mancha, almost everyone has a tradition related to viticulture. 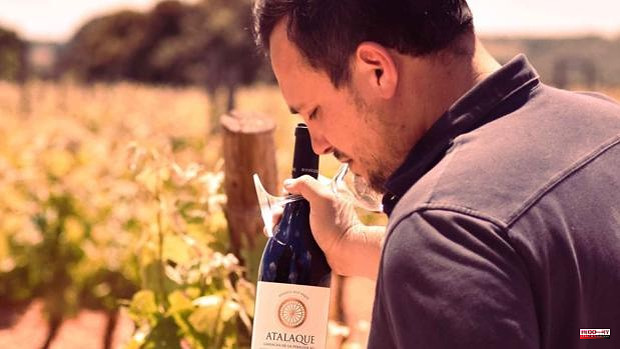 As usual in Castilla-La Mancha, almost everyone has a tradition related to viticulture. The case of Pepe Rodríguez de Vera is no different. This 34-year-old young man from Albacete is a descendant of a family that, after seven generations, has been dedicated to the vineyard. But, far from selling the grapes they produced, as his ancestors did, he has gone a step further and has become a renowned winegrower, despite his young age, for producing quality wines and rescuing minority and native varieties, not only from their land, but from different regions of Spain. Now, his main challenge is to become a 'Master of Wine' to praise all that work.

Although Pepe Rodríguez de Vera studied pharmacy and worked for four years in the family business, his passion for viticulture led him to launch his first project related to this world in 20 hectares of vineyards on the Casalta family estate, in Chinchilla de Montearagon.

"When I started I realized how difficult it is to make wine with the competition that there is," he tells ABC.

His first wine was also made within a denomination of origin of his land, such as Almansa, but since then he has not stopped traveling through different wine regions -Jumilla, Méntrida, Utiel, Montilla-Moriles, Manzanilla, Rueda or Toro- in search for native grapes with the commitment to make original wines. «I consider myself quite creative and I like to challenge myself to make different things with a nod to the local. What I am looking for is to pay homage to the vineyard and the place of origin”, assures this wine grower from Albacete.

"If I only made two wines, I would be bored," admits Rodríguez de Vera. For this reason, to date, he has a portfolio of almost 50 different wine references that he has been taking out over the years. All of them, made with native and minority grape varieties that he has rescued in each of the regions in which he has worked.

«This way of working is highly valued in other countries and regions, but Castilla-La Mancha is a sad example of the opposite, being known for its bulk and poorer quality wine. I believe that the denominations of origin have a certain responsibility in this and do not fulfill their role, which is to value the wealth and age of the vineyards that our land possesses, when what they do is more a political and administrative task, " it states.

Even so, he highlights that, fortunately, “people are looking for more and more quality wines and things are changing, but very slowly and with a delay compared to our competitors. My dream is that we put Castilla-La Mancha as a producer of quality wine».

Right now Rodríguez de Vera is focused on becoming a 'Master of Wine', which is his greatest challenge and what will serve to give more credibility to his project and his idea, which is to give a quality residue to the wines of Spain. "In the end, what I'm looking for is to make a wine that has a soul," he says.

That is precisely what he has tried to do with the wine he makes in the Méntrida Denomination of Origin, in the province of Toledo, which was the third region in which he worked. The result of this effort is Atalaque Garnacha del Horcajo 2018, which is made with this grape variety from centuries-old vineyards. In his opinion, "the raw material is the key to everything."

The origin of this project arose in 2016 when his partner in Fuensalida, Santiago Peña, wanted to uproot them and was "underselling" the village cooperative at around 20 euro cents per kilo of grapes, while in other countries the price is 2 or 3 euros. "This could not be and, therefore, my idea was to make a different wine with those same grapes that come from century-old vineyards," says the winegrower from Albacete.

From Bodegas Atalaque, it carries out its work in vineyards with up to 110 years of history and from Finca El Horcajo it produces its Atalaque Garnacha del Horcajo 2018 wine, a single-varietal single-vineyard red wine from old pre-phylloxera vineyards and which is released on the market with a series limited to 5,000 units.

Pepe works on the El Horcajo plot, vinified separately, where he finds one of the Garnachas with the greatest potential on the peninsula. He makes a meticulous selection in the vineyard and in the cellar that allows obtaining a grape that transmits a great typicity to the wine. As a result, Atalaque Garnacha del Horcajo 2018 is a delicate, elegant, long-lasting and internationally recognized wine.

This Grenache with an intense aroma, with notes of red and black fruit and a spicy background with slightly smoky and earthy nuances, is lively on the palate, with a balanced acidity perfect for harmonizing with different types of food. Atalaque Garnacha del Horcajo works especially well with dishes with strong flavors such as cured cheeses, all kinds of meat, baked fish or with powerful sauces, and even salads and vegetables that are difficult to pair. 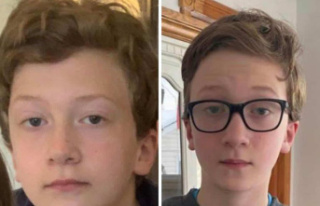