North Korea: 21 new deaths in the midst of the COVID-19 epidemic

Twenty-one more deaths from "fever" have occurred in North Korea, which reported more than half a million sick on Saturday, two days after the first ever case of COVID-19 was officially announced. 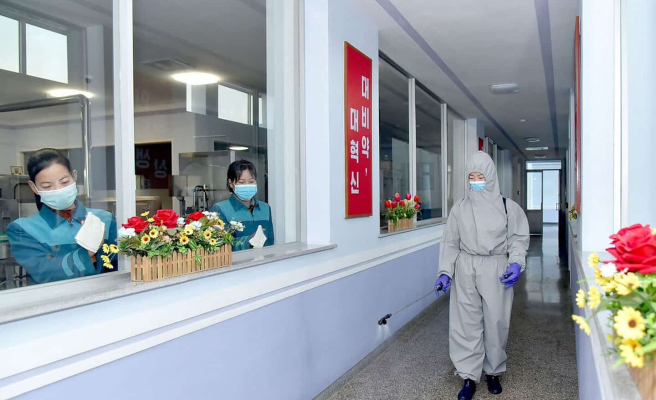 Twenty-one more deaths from "fever" have occurred in North Korea, which reported more than half a million sick on Saturday, two days after the first ever case of COVID-19 was officially announced.

“The number of people with fever between the end of April and May 13 is over 524,440,” according to KCNA, the state news agency which reported 27 deaths in total.

This reclusive country has urgently activated a quarantine system in order to stem the spread of the disease among the 25 million inhabitants, none of whom are vaccinated against the coronavirus.

North Korea, one of the first countries in the world to close its borders in January 2020 after the virus emerged in neighboring China, has long boasted of its ability to keep the virus at bay. It had so far not reported any confirmed cases of COVID-19 to the WHO.

It does not specify whether these new cases and deaths have all tested positive for COVID-19, but experts say the country lacks the capacity to massively test its population.

“It is no exaggeration to consider that these fever cases are all coronavirus cases, given the lack of testing capacity,” according to Cheong Seong-chang, North Korea specialist at the Sejong Institute.

"The actual number of Covid cases could be higher (...) due to many asymptomatic cases", estimated this researcher, stressing that the rate of infections is increasing "very rapidly".

Leader Kim appeared on television for the first time wearing a mask, after chairing an emergency politburo meeting on the epidemic situation on Thursday. He then ordered containment measures.

On Saturday, a second meeting of the political bureau was held, during which the leader acknowledged that the epidemic had caused "a great upheaval" in the country.

According to Leif-Eric Easley, a professor at Ewha University in Seoul, the leader is “at the forefront” of the response to be provided.

“The language he uses suggests that the situation in North Korea will get worse before it gets better,” he told AFP.

His rhetoric appears to be "leading the way for international aid, but Kim might (willingly) rally a population that is about to sacrifice more."

The meeting of the country's top officials focused on the distribution of medicine and other ways to "minimize loss of life", according to KCNA.

He promised in particular a “rapid distribution of emergency drugs” in order to “minimize the human losses”.

The country's health system - one of the worst in the world - is failing and lacks essential drugs and equipment, experts warn.

Mr. Kim announced that he would adopt the Chinese model of combating the coronavirus.

"We should learn from the successful experiences and achievements of the Chinese Communist Party and its people in preventing the virus," he said.

China, the only major economy in the world to maintain a zero Covid policy, however, is grappling with multiple outbreaks of Omicron despite strict lockdowns and massive screenings across the country.

Another daunting challenge for North Korea: None of the 25 million population is vaccinated against the coronavirus, as Pyongyang has rejected vaccination offers from the WHO, China and Russia.

Beijing offered aid to South Korea on Thursday, and Seoul on Friday offered to send vaccines.

According to Yang Moo-jin, a professor at the University of North Korean Studies, the leader's statements also indicate that he "will try to source from China".

Despite this epidemic outbreak, new satellite images show that North Korea has resumed construction of a long-stalled nuclear reactor.

"I can't tell you when the reactor will be ready to go, but it's about ten times bigger than the existing reactor at Yongbyon," Jeffrey Lewis of the Middlebury Institute in California wrote on Twitter on Saturday.

"It would produce ten times more plutonium for nuclear weapons," he claimed, adding, "It would fulfill Kim's promise to increase the number of nuclear weapons" she possesses.

The United States and South Korea recently claimed that Pyongyang was preparing to carry out another nuclear test imminently.

For analysts, Mr. Kim could proceed faster than expected in order to divert the attention of the population from the epidemic situation.

1 The BOE publishes the new tobacco prices in Spain... 2 Montreal: A 35-year-old woman is missing 3 Montreal: several obstacles on the road network for... 4 Are we masochists? 5 A man abuses a friend who was unconscious and makes... 6 Ukraine will win the war “before the end of the... 7 From “Star Académie” to “Kooza”: Joanie Goyette... 8 Cinema nostalgia: 40 years of "Conan the Barbarian" 9 Five things to know about 'Downton Abbey: A New... 10 In Laval on May 19: Paul Piché celebrates the “40... 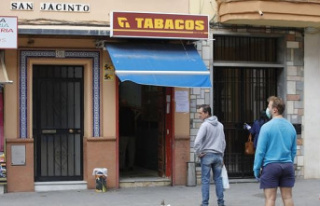 The BOE publishes the new tobacco prices in Spain...