Five things to know about 'Downton Abbey: A New Era'

The Granthams are back! This time around, author Julian Fellowes and director Simon Curtis take cinephiles back to 1928, both in the family home and in the south of France. 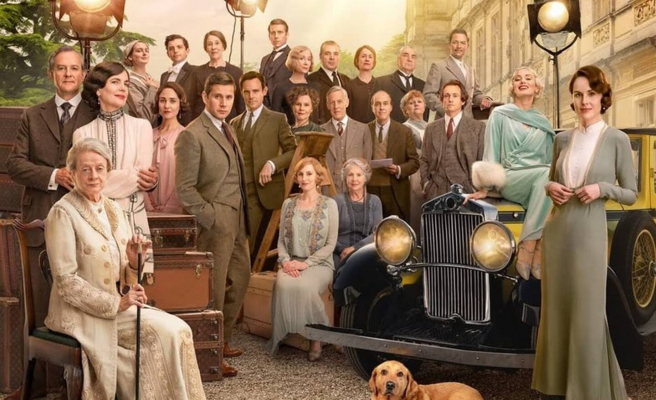 The Granthams are back! This time around, author Julian Fellowes and director Simon Curtis take cinephiles back to 1928, both in the family home and in the south of France.

Due to the pandemic, the release of the feature film has been postponed several times, as this sequel was originally scheduled to hit screens on December 22, 2021. Downton Abbey: A New Era Begins with the Marriage of Tom Branson (Allen Leech ) and Lucy Smith (Tuppence Middleton), then the events follow one another. Violet Grantham (Maggie Smith) inherits a mansion on the French Riviera from the recently deceased Marquis de Montmirail. Robert (Hugh Bonneville) and Cora Grantham (Elizabeth McGovern) respond to the invitation of the Marquis' son (Jonathan Zaccaï) and several family members decide to join them. Meanwhile, at Downton, Lady Mary (Michelle Dockery) agrees to host the filming of Jack Barber's (Hugh Dancy) film, which will have significant consequences for many employees.

Michelle Dockery stars in one of the film's two storylines. The actress sees an undeniable evolution in her character of Lady Mary. “She runs the house and enjoys it. She did not see herself as the head of the house at all and, during the 10 years of the show, we see her feeling comfortable in this function. It's a very interesting transformation because she didn't want this role, which she enjoys now." The relationship between her and Violet is also developed. “We have the impression that she confides a lot in Violet, underlines Michelle Dockery. We do not see it directly, but we see that there is a silent communication between them.

Who says Downton Abbey necessarily says dazzling costumes. Anna Robbins, the costume designer, outdid herself and I love working with her because she always finds incredible clothes, underlines Michelle Dockery. Normally, she goes to Paris and several countries to find costumes, but this time she could not due to COVID-19 and the majority of the clothes were purchased online. I wore an original Missoni dress that I loved, as well as a Jean Patou dress and a splendid Fortuny dress in reference to the 1930s.

Both the series and the first film were filmed at Highclere Castle. Producer Gareth Neame and author Julian Fellowes sought, for Downton Abbey: A New Era to find a new place for their Downton. They spent six months touring England, finally returning to Highclere, which this time hosted a team of no less than 100 people.

Gareth Neame explained the decision to have part of the Crawley family travel. "I've always wanted to take them to Europe and the Riviera in particular because that's a place the British upper classes would have visited. We have never seen the family come out of England before. The British aristocracy was very influential on the Riviera and left northern Europe to escape the harsh winters. However, it was not until the late 1920s and early 1930s that she also began to travel in the summer, a phenomenon popularized by Americans F. Scott Fitzgerald and Ernest Hemingway. The magnificent villa and gardens that we found in Toulon perfectly illustrate the Riviera that I had imagined when we talked about this plot at the very beginning of the project. And know that the widow of the Marquis de Montmirail whom the Granthams will visit is played by the French actress Nathalie Baye.

1 In Laval on May 19: Paul Piché celebrates the “40... 2 “Walking simulators” to explore in peace 3 The Cannes Film Festival in figures 4 Andalusian Fair of Valencia 2022: events and schedules... 5 Imanol Arias stars in 'Death of a Salesman'... 6 El Cigarral del Ángel reopens to the public this... 7 Vákner, the legend that has inspired a festival 8 Ximo Puig executes a government crisis caused by the... 9 The 'supercomputer' of Castilla y León... 10 Rueda is committed to "preserving Galicia from... 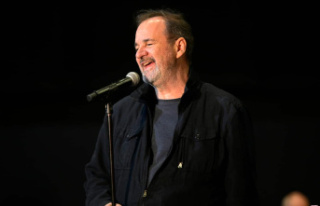