The Ministry of Culture, Tourism and Sports launches the cultural program for the month of June in the network of cultural centers of the Junta de Castilla y León, with 575 activities in the nine provinces. 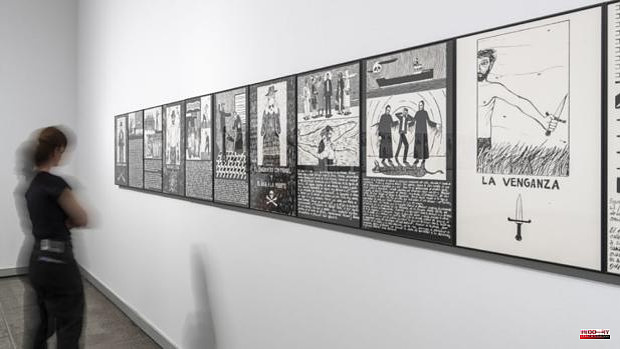 The Ministry of Culture, Tourism and Sports launches the cultural program for the month of June in the network of cultural centers of the Junta de Castilla y León, with 575 activities in the nine provinces. This program is committed to the creation of a large cultural network through the 46 regional management centers, including provincial and regional museums, provincial archives or libraries, as well as the network of theaters, scenic circuits, regional festivals and activities of the Symphony Orchestra of Castilla y León, among others.

The objective of the Ministry is to offer "quality programming, adapted for all audiences and that reaches all corners of the Community".

In addition, there are 71 activities that will be able to be enjoyed online, through the channels 'Cultura Casilla y León' on YouTube, with the aim of universalizing the cultural offer of the Community.

During the month of June, the International Archives Day is celebrated, on June 9, and also the International Music Day, on the 21st, events that will have a fundamental role in the monthly programming of the cultural centers of the Community.

As of June 8, the Provincial Historical Archive of Ávila will host the temporary exhibition 'Images of the past that are not recognized in the present', with a tour of those places in the city transformed by time and that are currently not recognize. On Saturday the 11th, for its part, the Provincial Archive of León will host the concert 'Zarzuela in the courtyard of the archive' with the Orquesta Ibérica Ensemble, the soprano Adriana Viñuela and the tenor Keke Resakt. It also opens the exhibition '60 years of archive'.

In Segovia, two guided tours have been organized under the name 'Heritage Sundays' in the Provincial Historical Archive, at 10:30 a.m. and 12:30 p.m., with the aim of publicizing the historical heritage of the World Heritage city. At the General Archive of Castilla y León, in Valladolid, on the same Thursday 9 at 7:00 p.m., the Telón de Azúcar company presents the show 'Los Comuneros, the chimera of a dream'. Finally, the Provincial Historical Archive of Zamora has also scheduled different guided tours for that day at 10:30 and 12:30.

The Ethnographic Museum of Castilla y León celebrates International Music Day with a new edition of the 'Termus' Music Festival, attached to the Interreg VA Spain-Portugal program, whose objective is to delve into the common heritage of its musical practices, focused on the future. It will be on June 18 and 19 at 7:00 p.m., collects Ical.

Among many other activities, the concert by the ‘Lumina Vokalensemble’ choir stands out on Tuesday 28 in the Patio de la Casa Miranda, in Burgos. The Public Library of Palencia organizes the concert 'Sones moriscos' with Carlos Herrero and César Martín.

In Salamanca, the Public Library hosts the second edition of the 'Es.Tradition' cycle that offers different versions of popular and traditional music from the province of Salamanca and neighboring areas, with the participation of Raúl de Dios, Ángel Rufino de Haro and Jambrina and Madrid Folk.

The Library of Castilla y León, in Valladolid, joins the International Music Day with a concert by the Gospel Choir 'Good News'. The Zamora Public Library has programmed the world-jazz concert of the 'Orquesta ReuSónica', performed with unpublished and unusual instruments, alternating popular Spanish, South American, Mediterranean themes and original compositions.

The regional and provincial museums present different exhibition proposals during this month of June, collects Ical, such as the temporary exhibition 'A site with history. The history of a plot' in the Museum of Human Evolution, in Burgos.

At the Museum of Contemporary Art of Castilla y León, MUSAC, you can visit the new exhibitions: ‘Isabel

At the Iron and Steel and Mining Museum of Castilla y León, in Sabero (León), the exhibition 'Pioneros. Mining bibliographic funds of the Library of Congress of the United States', which will remain until October, while in the Ethnographic Museum of Castilla y León, the opening, during this month of June, of the exhibitions 'United Colors of Velázquez', by Zamoran artist Elena Ayuso and 'El agua. Essence and Beauty' designed by the Zamorano artist José Carreño.

The new exhibition 'Traditional pottery from Astudillo. Ornamental pottery and domestic use in Palencia' and in the Filmoteca de Castilla y León, in Salamanca, you can visit the exhibition 'Gadgets to fascinate. Basilio Martín Patino Collection, made up of devices and images prior to or contemporary with the appearance of the cinematograph. Meanwhile, at the Numantino Museum, in Soria, you can continue visiting 'Fracture. A cultural process', the temporary exhibition that contrasts and opposes the culture of the urban to the rural.

The Palacio de Quintanar, in Segovia, presents the 'Nights of Quintanar' with an extensive program of more than 50 activities for the months of June to September in the 'Jardín de los Sentidos'.

The Castilla y León Symphony Orchestra (OSCyL) ends its 2021/22 Season during this month of June, with three subscription programmes.

For program 12, on June 2 and 3, the German director Moritz Gnann will be featured for the first time in a program inspired by Beethoven's Napoleonic stage and which will feature the participation of the pianist Elizabeth Leonskaja. On June 16 and 17, we will attend the great festival of symphonism with one of its most sublime works, the 'Seventh' by G. Mahler, with one of the great specialists, the master Eliahu Inbal.

The program ends on June 24 and 25, with program 14, directed by Roberto González-Monjas, with a work by Ravel: 'Bolero' and the 'Concert for piano and orchestra'. The program ends with one of the masterpieces of symphonism: 'The Rite of Spring' by I. Stravinsky.

1 Felipe VI claims "our exemplary Transition"... 2 Riera (CUP) accuses the Government of having abandoned... 3 Air Nostrum seeks cabin crew this Wednesday in Valencia 4 Tomelloso crime: it is confirmed that it is gender... 5 Aspres-sur-Buech. Southern Alps: A driver who was... 6 The Shad Festival was punctuated by Lormont: conference... 7 Venezuela's economy does not improve, the regime's... 8 Electricity has fallen by 34% pending the decree that... 9 Villefranche-du-Queyran: The village is preparing... 10 Airlines anticipate cancellations and delays during... 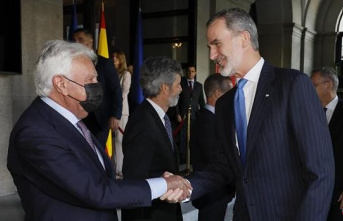