Venezuela's economy does not improve, the regime's improves

Some press headlines, including from international agencies, have seemed to give the impression that Venezuela's economy is starting up again. 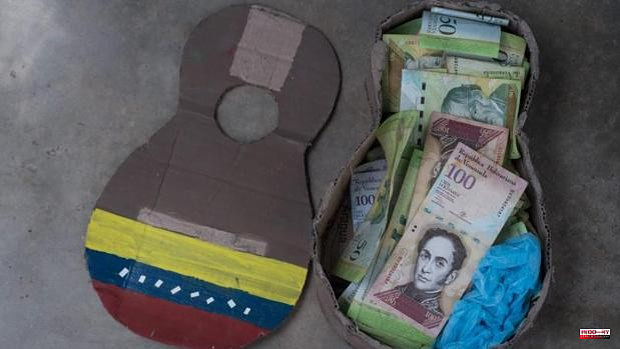 Some press headlines, including from international agencies, have seemed to give the impression that Venezuela's economy is starting up again. What is actually growing is the economic bubble of the regime and its money laundering.

In the last year, Venezuela has established itself as the poorest country in the Americas, with a GDP per capita even below that of Haiti and Nicaragua, countries that until now were classified as the most miserable in the Western Hemisphere. In ten years, the Venezuelan economy has fallen by 87%: a collapse without parallel in history, outside of war situations.

The collapse has been such that there is hardly room for a further decline, since the little oil that is extracted and marketed allows for a minimum of economic activity that cannot be lowered.

That is why the indicators show that the economic collapse, in macroeconomic terms, seems to have bottomed out. From then on, any minimal increase will have a positive sign, leading the external observer to imagine a reactivation that is not really such.

What has happened is that the government of Nicolás Maduro has managed to "demonetize" the economy. Without carrying out an official dollarization, he has achieved that many of the transactions have to be made in dollars, which facilitates some imports and access to a certain diversity of goods by some sectors of the population. It also makes money laundering easier (we must not forget it, because it is the reason for everything).

These movements give the appearance of economic reactivation, but the country has barely returned to generating goods and services. On the one hand, manufacturing production has still not recovered, and on the other, basic services continue to fall, as is the case with the rationing of electricity consumption (there is an average of only four hours of supply per day) and drinking water (six hours of supply once every two weeks, although it varies according to the places). If there is no higher electricity consumption, it means that companies have not started to get back on their feet.

What is working is what is known in Venezuela as “bodegones”: stores that offer imported merchandise, normally brought from the United States and sold in dollars; They are very varied products, although above all for food and also for cleaning and grooming: daily needs that national production has not been able to cover for a long time.

The proliferation of these types of establishments —some media label the Venezuelan economy as a parallel economy of still lifes— is still suspicious: the covert dollarization of the country has given them a letter of normality in the Venezuelan streets, but not so many people have access to the dollars required to live entirely in that currency. In the bodegón, those involved in the Chavista regime and many accomplices in illicit activities (drug trafficking, fuel smuggling, illegal mining...) have found a way to launder their dirty money.

Some calculations suggest that only about 5% of the population has access to this economy, which moves about 5,000 million dollars a year. Many people only participate partially, raising the necessary dollars, for example, to buy certain products, such as gasoline, which is already sold only in US currency.

This circulation of money is what allows Maduro to simulate before the world a certain economic reactivation, with the attempt to point out as failed the international sanctions against his regime and attract new investments. But the proof that the situation has not taken off so far is the Government's announcement of its intention to privatize a minority package in public companies (for now, in telecommunications, but it will have to do so in the oil sector if it wants to attract the necessary investment to increase the production).

For 2022, Venezuela shows better macroeconomic figures, but they are misleading. Thus, the disuse of the bolívar allows the appearance of an increasingly low inflation, even within its exorbitant figures (from 65,000% in 2018 it has been falling to 500% for this year and the next that the IMF forecasts). By not using the official national currency in many of the purchase and sale transactions, the pressure on the currency is reduced, which is the one with which the country's inflation is officially measured: it is like taking the temperature in a part of the body by the that the blood does not flow because it has been diverted to another place.

As for GDP, some entities seem to have believed the oil castles that Maduro builds in the air. Credit Suisse has even considered that Venezuela's GDP could grow up to 20% this year, because it has swallowed the toast to the Chavista sun of producing an average of 830,000 barrels of oil per day in 2022, an amount that would mean total revenue of 6,000 millions of dollars. This is an unattainable volume of production at the moment: in 2021 the average was 600,000 barrels per day, and although that quota is now being exceeded, PDVSA will not reach the target set even if Chevron has been authorized by the White House, due to its insistent pressure on the Biden Administration, to partially unfreeze its business in Venezuela.

In absolute terms, the Venezuelan GDP is barely double that of Haiti, and in GDP per capita, Venezuela's is the lowest in all of America, falling from 12,000 dollars in 2012 to 1,690 in 2021 (and that the IMF counts only 26 million inhabitants, discounting the exodus abroad that has occurred). That is therefore below the GDP per capita of Nicaragua (2,180) and Haiti (1,770).

1 Electricity has fallen by 34% pending the decree that... 2 Villefranche-du-Queyran: The village is preparing... 3 Airlines anticipate cancellations and delays during... 4 Miscellaneous facts. Two men are in police custody... 5 Carignan-de-Bordeaux: 96 seniors pampered during a... 6 The 66 Mercadona stores in Castilla y León join Operation... 7 Rubén Riós, director of 'Outros Camiños',... 8 Podemos will not attend the NATO summit because it... 9 Hidraqua commemorates World Environment Day in Orihuela... 10 Canary Day: the island instrument that Gregg Field... 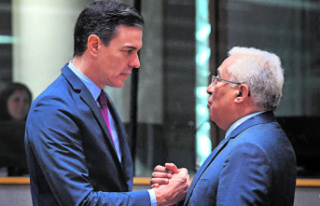 Electricity has fallen by 34% pending the decree that...