The British low-cost airline EasyJet foresees the cancellation of some 240 flights throughout this week, which will affect some 24 flights a day, chartered from London's Gatwick airport. 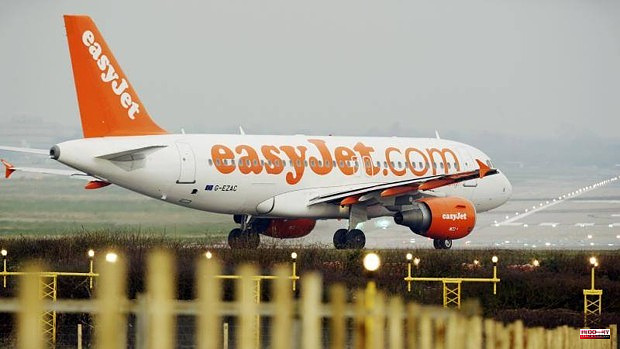 The British low-cost airline EasyJet foresees the cancellation of some 240 flights throughout this week, which will affect some 24 flights a day, chartered from London's Gatwick airport. These cancellations are added to those registered in many European and United States airports this weekend.

The British company has assured that the cancellations that began last Saturday will last until June 6. As he explained, these measures are "necessary to provide reliable services during this busy period."

These cancellations are added to those registered the previous week. Last Thursday, EasyJet suspended some 200 flights due to computer problems in several European destinations. The airline has apologized in a statement for the "late" notice in some of these cancellations and for all the problems they may have caused to customers who have booked those flights.

Thousands of Liverpool FC fans traveling to this weekend's Champions League final were affected by the cancellations and long queues were reported both at the Port of Dover and at many UK airports including Gatwick, Manchester, Stansted and Bristol.

Customers of the British airline will have the option to rebook their flight or be able to receive a refund and request compensation in line with current regulations.

"Over the next week we will operate some 1,700 flights per day, with around a quarter of these services to and from Gatwick," the company said.

The tour operator TUI has also apologized for the cancellation this weekend of dozens of flights, which it has blamed on various “operational and supply chain” factors, such as air traffic restrictions or works carried out on runways.

“The delays have been due to a combination of factors and we are doing our best to keep customers up to date. We will provide refreshments and, where appropriate, hotel accommodation," TUI said in a statement.

According to data from FlightAware, in the three days of the weekend there have been more than 4,500 flight cancellations in Europe, of which 2,300 were on Friday, 1,500 on Saturday and the rest on Sunday.

Added to this are the cancellations this weekend of hundreds of flights in the United States at the start of the Memorial Day holiday, one of the busiest weekends of the year, as a result of bad weather in several areas of the country, together with the lack of personnel in some airports and airlines.

As of early last Saturday, more than 300 flights scheduled for that day had already been cancelled, according to the FlightAware tracking website. That figure adds to more than a thousand cancellations on Friday and the 84 that were estimated for Sunday.

On Friday, the Federal Aviation Administration (FAA, for its acronym in English) already warned that many of the country's large airports were experiencing limitations in takeoffs and landings due to the lack of personnel and the high volumes of traffic.

Memorial Day unofficially marks the start of the summer season in the United States and is traditionally one of the busiest weekends of the year. This year more than 39 million people were expected to travel, according to estimates by the American Automobile Association (AAA).

1 Miscellaneous facts. Two men are in police custody... 2 Carignan-de-Bordeaux: 96 seniors pampered during a... 3 The 66 Mercadona stores in Castilla y León join Operation... 4 Rubén Riós, director of 'Outros Camiños',... 5 Podemos will not attend the NATO summit because it... 6 Hidraqua commemorates World Environment Day in Orihuela... 7 Canary Day: the island instrument that Gregg Field... 8 "I was scared, I ran out of there": the... 9 Customs in Senegal announce a record seizure for fake... 10 They arrest a 10-year-old boy for threatening a mass... 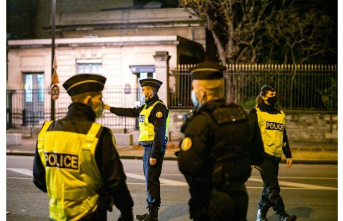