My afternoon as a policewoman

The Montreal police invited the media to try out their new simulator and experience a risky intervention. 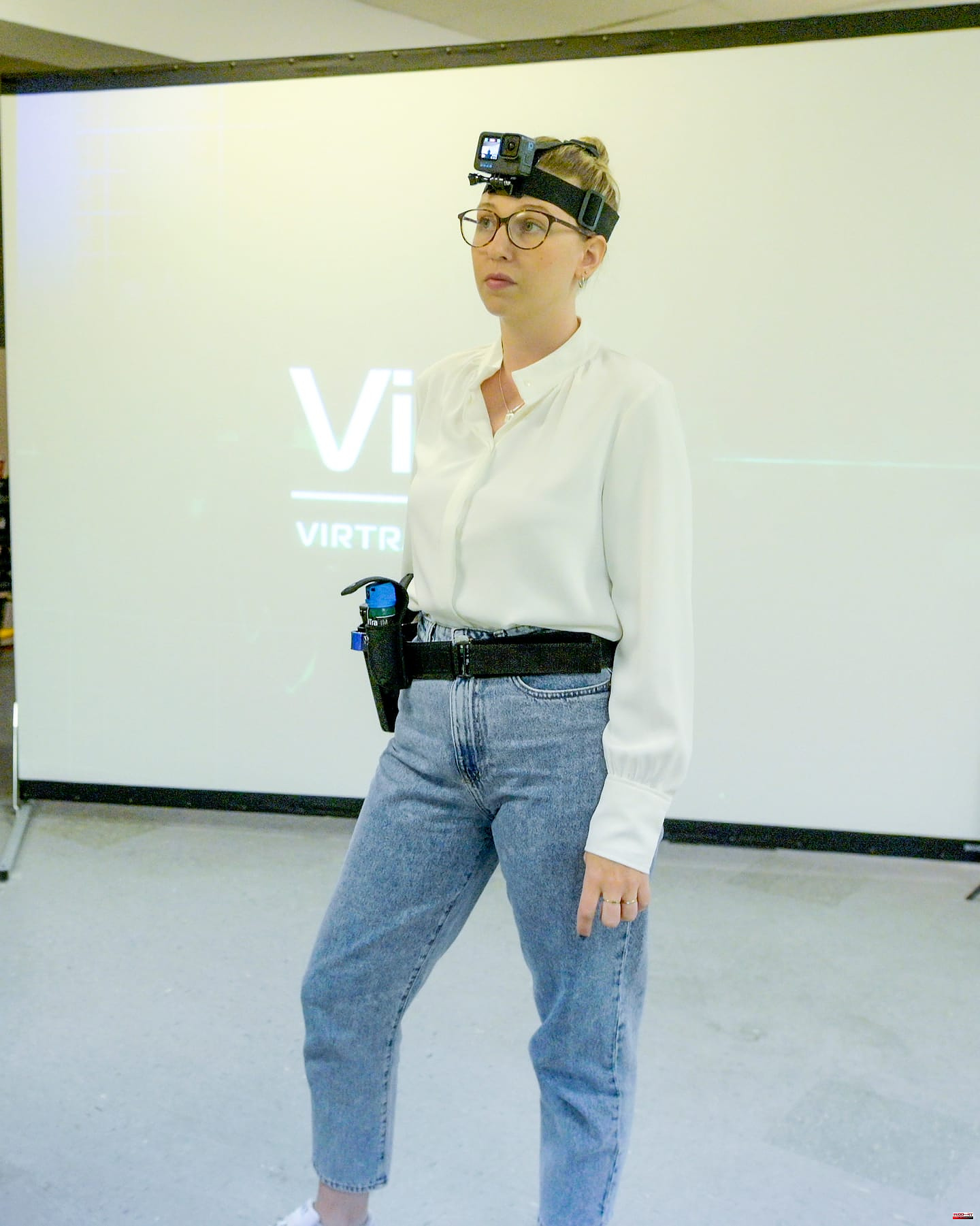 The Montreal police invited the media to try out their new simulator and experience a risky intervention. Here is the story of our journalist's experience.

Within hours, I was bitten by a dog, I helped save a suicidal man and I saw a baby die before my eyes.

Of course, these dramas did not really happen to me. But through the screens of a simulator just acquired by the Service de police de la Ville de Montréal (SPVM), I almost believed it.

With goosebumps in my arms, I almost wanted to dive into a river to save a newborn baby thrown into the water by a father in crisis from certain drowning.

But in the end, it was just a scene acted out by actors and projected on gigantic screens. Five screens, to be precise, providing a 300 degree effect.

This sophisticated simulation system is the VirTra V-300. The SPVM is the first municipal police force in Canada to have one.

The principle is similar to the books you read as a child, where you could decide for yourself the rest of the story. This adult version, however, gives the opportunity to use three valuable tools to slip into the shoes of a policeman: a gun, cayenne pepper and speech.

Instructor Pierre-Yves Lecompte ran the story on his computer based on the reactions of journalists invited to put themselves in the shoes of a police officer last Thursday.

My five colleagues and I all acted differently. My approach was rather good cop, as I tried to reason with the individual in crisis and I never fired.

It did, however, earn me a nasty dog ​​bite, which jumped out at me much quicker than I expected. Police contacts have told me for years that the time for reflection is minimal during a high-risk intervention. I have never believed in it as much as this week.

In the age of videos

This last point is also one of the motivations behind the acquisition of such a system.

The broadcasting on social networks of police interventions filmed by citizens is a phenomenon with which the authorities must now deal.

If the videos are sometimes taken out of context and only show part of the process, others are clearly the reflection of a police blunder.

The coroner's reports on the deaths of Alain Magloire and Pierre Coriolan also motivated the decision to have such a system, when there was a lack of training for people in crisis.

“The experience that the police are going to come here for, it could take them five years in the field to acquire it. Here, I make you experience it in a few minutes,” explains instructor Lecompte.

At the end of the day, one thing remains certain for me: the police are not for everyone, even less for a mother whose heart contracts when she sees a fake father dropping her fake baby at the bottom of a false bridge.

The new SPVM simulator will soon make it possible to create custom immersive scenarios, which could greatly help the reintegration of police officers in post-traumatic shock.

In some cases, agents experience trauma and have to be off work for a few days, a few months, or even years.

"We see things that the majority of people don't see in their lives," says Commander Salvatore Serrao, head of the use of force section. It can become a great tool to help our police officers get back on the road. The realistic effect here is serious, this is not a game, when I tried it, I felt my heart rate increase for real. »

If the scenarios currently available were shot in the United States, therefore in English, and according to the realities of our neighbors to the South, the capabilities of this system will allow the SPVM to go much further in the coming weeks.

“We will be able to take a panoramic view of a real Montreal scene and create tailor-made scenarios according to the needs we have here, explains Commander Serrao. We can even reproduce a traumatic event quite faithfully and offer our police officers the opportunity to do it again in order to desensitize them. »

Several times during the simulation, the instructor Pierre-Yves Lecompte was questioned by the journalists to know which intervention was the right one.

"There is no right answer," he repeated.

“We work with people, so there are always gray areas, and the perceptions of danger are different from one person to another, added agent Lecompte. This is why some people will be quicker than others to draw. This is why some will succeed in calming people down just by talking to them. And that is why some police officers will be marked more than others. »

1 Trap the little beasts before a tragedy occurs in... 2 Pascal proves the skeptics wrong 3 Warriors well in control 4 When the scale is hot 5 Cultural activities: what to do this weekend 6 Elton John: Rocket Man et Honky Château ont 50 ans 7 The rebirth of Claudia Bouvette 8 7 shows to watch at the Festival TransAmériques 9 Stories Without Words: A Show That Would Have Knocked... 10 The career of Pierre-François Legendre in five souvenir... 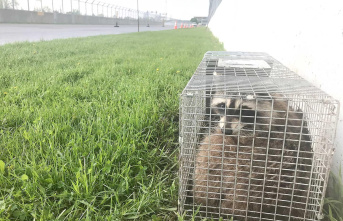 Trap the little beasts before a tragedy occurs in...