While the talks between Másmovil and Orange to unite their businesses in Spain continue their course, the first has released this Tuesday the results corresponding to the first quarter of 2022. 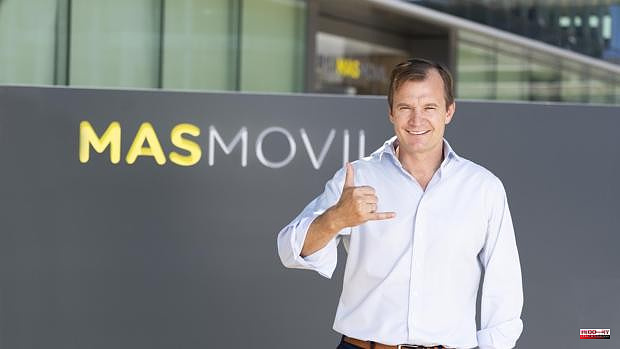 While the talks between Másmovil and Orange to unite their businesses in Spain continue their course, the first has released this Tuesday the results corresponding to the first quarter of 2022. Specifically, the fourth operator in the country has obtained total revenues of 733 million of euros. Which represents 39% more than a year ago. Service revenues have grown by 42% and organically by 7% to 670 million. For its part, Ebitda has grown by 51% compared to the previous year and reached 277 million euros between January and March, while the margin has grown by three points compared to the first quarter of 2021, reaching 38%.

This represents 25% more than at the end of 2021, of which 11.6 million are mobile (8.9 million lines belonging to the postpaid segment, this is 33% more than in the first quarter of last year) and more than 3.1 million fixed broadband lines. That is, 48% more than the previous year. In this sense, from the teleco they have highlighted that the capture of net broadband registrations compared to the last quarter of last year has been close to 70,000 new broadband lines. In addition, it has added 163,000 new mobile postpaid lines.

For the CEO of Másmovil, Meinrad Spenger, "the group's growth rate remains solid despite the increase in ultra-low-cost offers, which confirms that our customers highly value high-quality service."

Added to all of the above is the investment effort made by the company between January and March of this year with an investment in infrastructure and commercial growth of 124 million euros. An outlay that has allowed fiber optics to reach 27.2 million homes and cover a large part of the national territory. In this sense, from the operator, they have highlighted that Másmovil has a coverage of 98.5% of the population for 4% and already offers 5G in almost 900 Spanish towns in 40 provinces. Specifically, in this latest technology, the company has 80MHz in the 3.5Ghz band.

1 The Supreme ratifies the reviewable permanent prison... 2 A fire in Irun leaves two people hospitalized and... 3 Carriedo expects an agreement in Siro and guarantees... 4 Madrid has already recovered 98.2 percent of GDP prior... 5 CD Toledo already has a coach for its year in the... 6 Don Felipe receives this Wednesday the president of... 7 The minor from Igualada, with no memory of the rape:... 8 Ajofrín, Mazarambroz and Villaminaya promote the... 9 They collect signatures to convert the Plaza Mayor... 10 Zelensky's political adviser points out that... 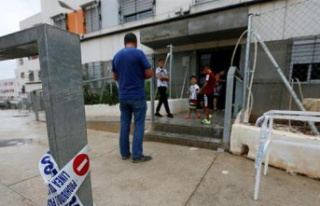