The Political Adviser and Deputy Director of the Cabinet of the President of Ukraine, Ihor Zhovkva, participated this Wednesday in the informative breakfast organized by New Economy Forum at the Mandarin Oriental Ritz Hotel. 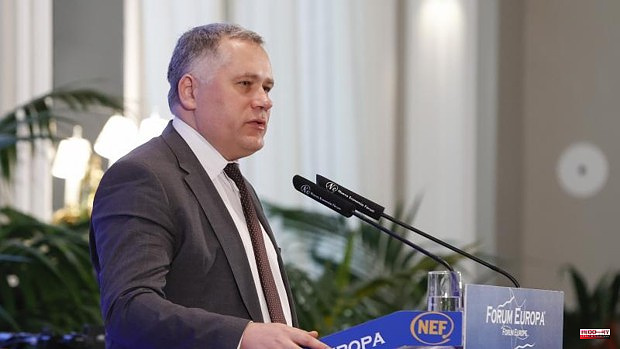 The Political Adviser and Deputy Director of the Cabinet of the President of Ukraine, Ihor Zhovkva, participated this Wednesday in the informative breakfast organized by New Economy Forum at the Mandarin Oriental Ritz Hotel. Ukraine's candidacy for the European Union, the unleashed global food security crisis or the refugees to Moscow agreed by the 27 are some of the main axes of the Ukrainian diplomat's intervention during his visit to Spain.

97 days have already passed since Russia invaded Ukraine "and the Russian cannons have imposed themselves on dialogue and peace," said the Secretary of State for Foreign and Global Affairs, Ángeles Moreno Bau, at the start of the event. Immediately afterwards, the Ukrainian diplomat began his speech with the reasons for his visit to Spain: "To continue fighting for the country's freedom and to condemn the unjustifiable Russian aggression on behalf of the Zelensky government."

He insisted at all times that Ukrainians in Spain "are not refugees, but guests" because "they want to return to their country." "Everyone responsible for these atrocities" must be "accountable," he said regarding the destruction of the cities of Kherson or Mariupol.

Zhovkva also exposed the three necessary pillars —according to Kiev— to win the war: heavy weapons for defense, more sanctions on Russia and entering the European Union. For the diplomat, "no one is perfect" but "we are going to try to be as perfect as you" to meet the EU requirements.

The Russian Armed Forces have suffered from weapons shortages: «They knew how to fight and defend our cities, but they did not have enough weapons», explained the Ukrainian Counselor regarding the first of his requests, «We have never asked for anything that you did not have». Despite the fact that the shipment of weapons has not been enough, they say they believe in the promises that have been made to them.

Regarding the 27 countries of the EU, he urged them to think less of themselves and more of uniting: "Our president asked you not to be afraid" and if "you remain united in the sanctions" we will be able to "erode the political and military power of Putin," says Ihor Zhovkva after requesting more economic efforts.

85% of Ukrainians support the country's accession to NATO and the country is ready for it as Zhovkva pointed out. However, "Support for the NATO wing has decreased because we are not welcome." He also referred to its president, Volodimir Zelenski, who "is very polite and does not attend events without invitation" in clear reference to the NATO summit, which will be held in Madrid from June 28 to 30.

Regarding the disinformation campaign carried out by the Kremlin since the beginning of the conflict, he clarified that "Russian 'fake news' is part of the hybrid war," said Ihor Zhovkva, "We know how to live with it and how to fight back. It is a matter of common sense. Although sometimes people don't have that," he said.

A policy of partitioning Ukraine to achieve a peace agreement is not necessary because «No», the diplomat stated bluntly, «Ukraine is not about territories, but about people and we are not going to exchange territories». “In the beginning there were many people who thought that Ukraine could not resist”, he commented, “Now, three and a half months have passed”, territories are beginning to be recovered and “countries have begun to believe in Ukraine”.

Ihor Zhovkva points out that Ukrainians "are not refugees" because "they want to return to their country." The decision to return is in his hands: "There is no place in Ukraine that is 100% safe right now," he said, but many of those who went into exile "are starting to come back."

Regarding small details such as saying 'Kyiv' instead of kyiv, he pointed out that "place names are very important" and "it costs nothing to change them." Zhovkva also did not forget to talk about the atrocities being committed against women in her country by the Russians. Likewise, she mentioned that Moscow is considering bringing Ukrainian works to the Prado Museum to protect them.

1 El Corte Inglés manages to reduce debt to 2,500 million,... 2 Garzón limits the telephone waiting time for customer... 3 Álvaro Alarcón, the boy who was stunned by Paquirri 4 The Queen travels to Mauritania to learn about Spanish... 5 Legislative objective: more industrial weight 6 Page proposes that it is not mandatory to speak Catalan... 7 Ukraine, two games to rebuild a country 8 The National Police arrests 18 pedophiles who distributed... 9 Five minors are arrested for the assault on two young... 10 The TSJ gives the Prosecutor's Office two days... 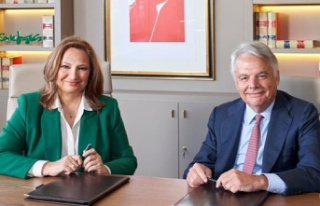