The Supreme Court has confirmed the reviewable permanent prison sentence imposed on a man who stabbed to death his parents and his brother and then called 112, with total coldness, on September 13, 2018 in Alicante, as reported on Tuesday by the Superior Court of Justice of the Valencian Community (TSJCV). 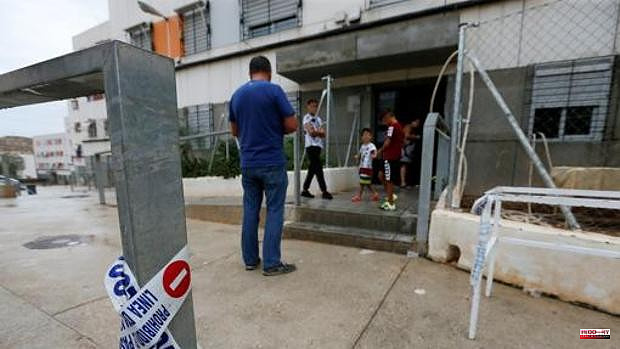 The Supreme Court has confirmed the reviewable permanent prison sentence imposed on a man who stabbed to death his parents and his brother and then called 112, with total coldness, on September 13, 2018 in Alicante, as reported on Tuesday by the Superior Court of Justice of the Valencian Community (TSJCV).

The previous sentence was appealed before the Civil and Criminal Chamber of the High Court of Justice of Valencia.

The proven facts show that he first ended the life of his brother (42 years old) by stabbing him multiple times in different parts of his body with the intention of ending his life. Before the attack, the victim locked himself in his room, but the murderer dismantled the lock and ended up gaining access, ending his life by stabbing him several times in the heart, also showing cruelty.

Then, he waited for his 71-year-old father, stabbing him multiple times that caused serious injuries and led to his death. Later, he also awaited the arrival of his 69-year-old mother and again repeated his deadly attack.

The court has dismissed the cassation appeal filed by the convicted person against the appealed sentence, and highlights that "it is an act of absolute cruelty in which special circumstances concur that guarantee the perversity of the act of killing the appellant his brother, to his father and his mother in a context of control of his conscience and will when committing the crimes».

It is stated in the Supreme Court ruling that in the visual inspection, there are photographs that reflect the attempt to clean up the crime scene, he ate, since they found blood in the refrigerator, he folded the clothes, as an example of cold blood and that he has the anticipation of waiting for his father and mother to arrive to kill them one by one. "We can appreciate that he has lucidity, since she has the ability to have foresight to wait for her mother, to kill her, after having committed the two previous murders," the ruling states.

As for the cruelty towards his brother, the forensic report shows that "he received, in a quick approach, 36 stab wounds, of which 5 were in the cranial region, 10 in the thoracic-abdominal region, 12 in the extremities and 9 in the posterior region, in addition to showing various non-penetrating erosive injuries”. In total, "there are 36 stab wounds, all of them received in life, only the last two being fatal, and unnecessary to achieve that purpose, although the first 34 were inflicted with the aim of prolonging the suffering."

And regarding the treachery in the way of perpetrating the crimes, the Supreme Court indicates that "this modality of "domestic" treachery is based on the relationship of trust arising from coexistence, generating for the victim his total unconcern regarding an eventual attack. . Relaxation of defensive resources as a result of the unpredictability of an attack carried out by the person with whom the victim lives on a daily basis».

For this court, the murderer "did everything possible to end his life in the most ruthless way possible" and later admitted that he had done so.

And he has ruled out that by acting "from a prism of pure evil", this behavior can be attributed to "an affectation of mental health", since he did it knowingly.

1 A fire in Irun leaves two people hospitalized and... 2 Carriedo expects an agreement in Siro and guarantees... 3 Madrid has already recovered 98.2 percent of GDP prior... 4 CD Toledo already has a coach for its year in the... 5 Don Felipe receives this Wednesday the president of... 6 The minor from Igualada, with no memory of the rape:... 7 Ajofrín, Mazarambroz and Villaminaya promote the... 8 They collect signatures to convert the Plaza Mayor... 9 Zelensky's political adviser points out that... 10 El Corte Inglés manages to reduce debt to 2,500 million,... 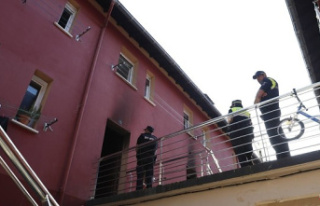 A fire in Irun leaves two people hospitalized and...