On Sunday, Rimouski Océanic head coach Serge Beausoleil warned that his team had no intention of throwing in the towel despite losing in game number one of the series against the Remparts. 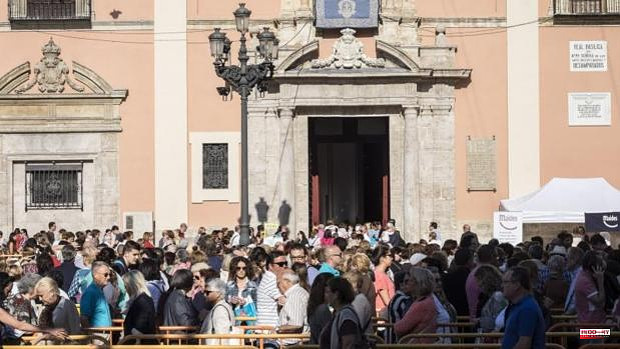 On Sunday, Rimouski Océanic head coach Serge Beausoleil warned that his team had no intention of throwing in the towel despite losing in game number one of the series against the Remparts. He had to be taken at his word.

Serge Beausoleil's troop muzzled the Quebec Remparts attack on Monday to win 4 to 1 and thus level the chances in the three-of-five series between the two teams. All this, while they lost forwards Louis Robin and Jacob Mathieu during the match.

“We played 10 forwards for almost the whole game. I'm very proud of the guys. It is our label. We want to compete and we didn't give up,” said Beausoleil.

One thing is certain, the Océanic did not eliminate the Saint-Jean Sea Dogs by chance and they proved it again on Monday.

“We are playing against a team that finished first in the standings and has no weaknesses. When you arrive and play against them, you have to give them as little leeway as possible and try to reduce the focus to very limited times. The guys do it well and are responsive. »

After sending Patrik Hamrla in the net for the first game, Beausoleil had called on Gabriel Robert on Monday and he did well, blocking 33 of the 34 pucks aimed at him.

Shut out the day before, the Océanic didn't take long to score their first goal of the series. Serge Beausoleil's squad capitalized on their first shot at Fabio Iacobo, that of Alex Drover. After James Malatesta had tied the game in the second, Maël St-Denis, Drover and Alexandre Blais in an empty net scored in quick succession to confirm the victory for the Rimouskois.

Despite everything, Patrick Roy did not feel that the best team on the ice had won on Monday.

"It was the same kind of game as yesterday [Sunday]. We dominated and the only difference is that the puck didn't go in. [...] In third, we had several chances, but hockey is not always fair and today, it was not. I consider that we were the better of the two teams. Easily. »

In goal, Iacobo gave up three times on 17 shots. After the match, Roy was still unsure if he would continue with his veteran for Game 4.

“The three goals, he was hidden. You can't criticize the work of our goalkeeper," he defended.

The series will now move to Rimouski for games 3 and 4, Thursday and Friday. Since it is a three of five, the Océanic now have the advantage of the ice.

"In a three out of five, it's a little cheeky. I won't hide it. At the same time, we are there and we will have to play well on the road and find a way to win there. It's not an easy place to win," added Roy.

For his part, Nathan Gaucher was more incisive in his comments.

"That the Océanic has the advantage of the ice doesn't change anything for us. We will arrive ready. They beat us and it is not true that they will beat us again. »

In fact, before the game, the QMJHL presented the Michael-Bossy trophy, awarded to the QMJHL's top prospect for the NHL draft, to Gaucher. The Remparts center player was presented with the trophy by his brother, Jacob and his father, Yannick.

Gaucher then returned the favor to his brother.

While meeting the media after Monday's game, he announced to Jacob that he was the recipient of the Guy-Carbonneau Trophy, awarded to the best defensive forward in the QMJHL.

1 Zelensky celebrates the evacuation of 264 soldiers... 2 The United States will restore commercial flights... 3 The United States Air Force successfully tests a hypersonic... 4 Israeli security forces break into funeral of young... 5 Circuit Gilles-Villeneuve: the new paddocks take on... 6 Stock PS5: console back this Tuesday? Follow the restocking... 7 The hard core of the friendships of Juan Carlos I 8 The beauty of Basque pelota according to the BBC 9 Murder of Thomas Cameron: life imprisonment requested... 10 2022 Tax Return Date: Deadline Approaching, Which... 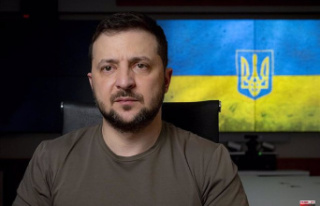 Zelensky celebrates the evacuation of 264 soldiers...