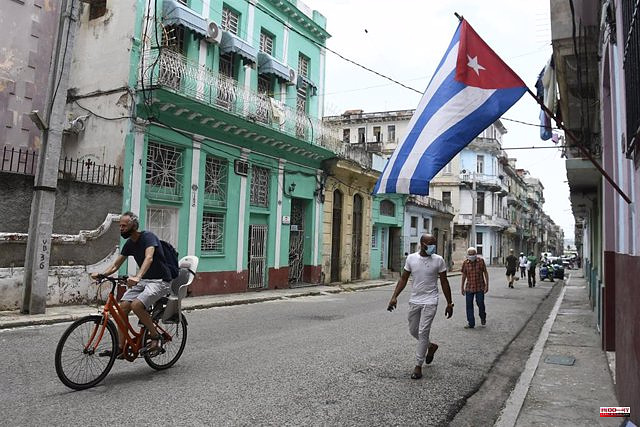 The United States has reported that it will restore commercial flights out of Havana and increase consular services and visa processing for Cuban citizens, as well as remittances, a measure that reverses some of the more than 240 sanctions imposed during the Trump Administration.

"The announcements do not modify the blockade in any way, nor the main economic fence measures taken by (former United States President Donald) Trump, such as the lists of entities that are subject to additional coercive measures, nor does it eliminate travel bans. of the Americans," the Cuban Foreign Ministry stressed in a statement.

Likewise, it has specified that "it does not reverse the arbitrary and fraudulent inclusion of Cuba on the State Department's list of countries that are allegedly sponsors of terrorism." "It is, however, a limited step in the right direction, a response to the denunciation of the Cuban people and Government," she added.

In this way, the Cuban Foreign Ministry has indicated that these measures respond to calls by "US society and Cuban residents" in the United States, as well as "almost all of the member states of the United Nations , expressed in the overwhelming vote against the blockade".

"The Government of Cuba reiterates its willingness to initiate a respectful dialogue on an equal footing with the Government of the United States, based on the Charter of the United Nations, without interference in internal affairs and with full respect for the independence and sovereignty", he settled.

Specifically, the measures involve regulatory changes to reinstate group travel and other categories of educational travel, as well as those related to professional meetings and research.

In addition, the Biden Administration seeks to increase support for independent Cuban entrepreneurs. "We will encourage business opportunities outside of the state sector by authorizing access to extended cloud technology, application programming interfaces, and e-commerce platforms," ​​the State Department said in a fact sheet.

"Ensuring that remittances flow more freely to the Cuban people without enriching those who commit human rights abuses. Specifically, we will eliminate the current limit on family remittances of $1,000 per quarter," the State Department said in this fact sheet. .

Despite this, the United States has made it clear that "it will not remove entities from the Cuban Restricted List", since its objective is "to ensure that remittances flow more freely to the Cuban people without enriching those who commit human rights abuses" .

"With these actions we intend to support the aspirations of freedom and greater economic opportunities of Cubans so that they can lead a successful life at home," State Department spokesman Ned Price said.

"We continue to ask the Cuban government to immediately release political prisoners, to respect the fundamental freedoms of the Cuban people and to allow the Cuban people to determine their own future," Price concluded.

1 The United States Air Force successfully tests a hypersonic... 2 Israeli security forces break into funeral of young... 3 Circuit Gilles-Villeneuve: the new paddocks take on... 4 Stock PS5: console back this Tuesday? Follow the restocking... 5 The hard core of the friendships of Juan Carlos I 6 The beauty of Basque pelota according to the BBC 7 Murder of Thomas Cameron: life imprisonment requested... 8 2022 Tax Return Date: Deadline Approaching, Which... 9 CaixaBank expects to achieve a return of over 12%... 10 The unemployment rate almost stable in France in the... 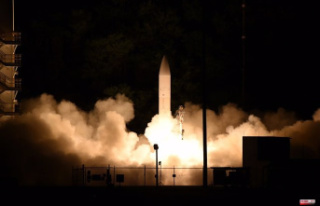