Exactly 300 days after the start of the Russian invasion, both chambers of the US Parliament met for Zelenskyj's appearance. 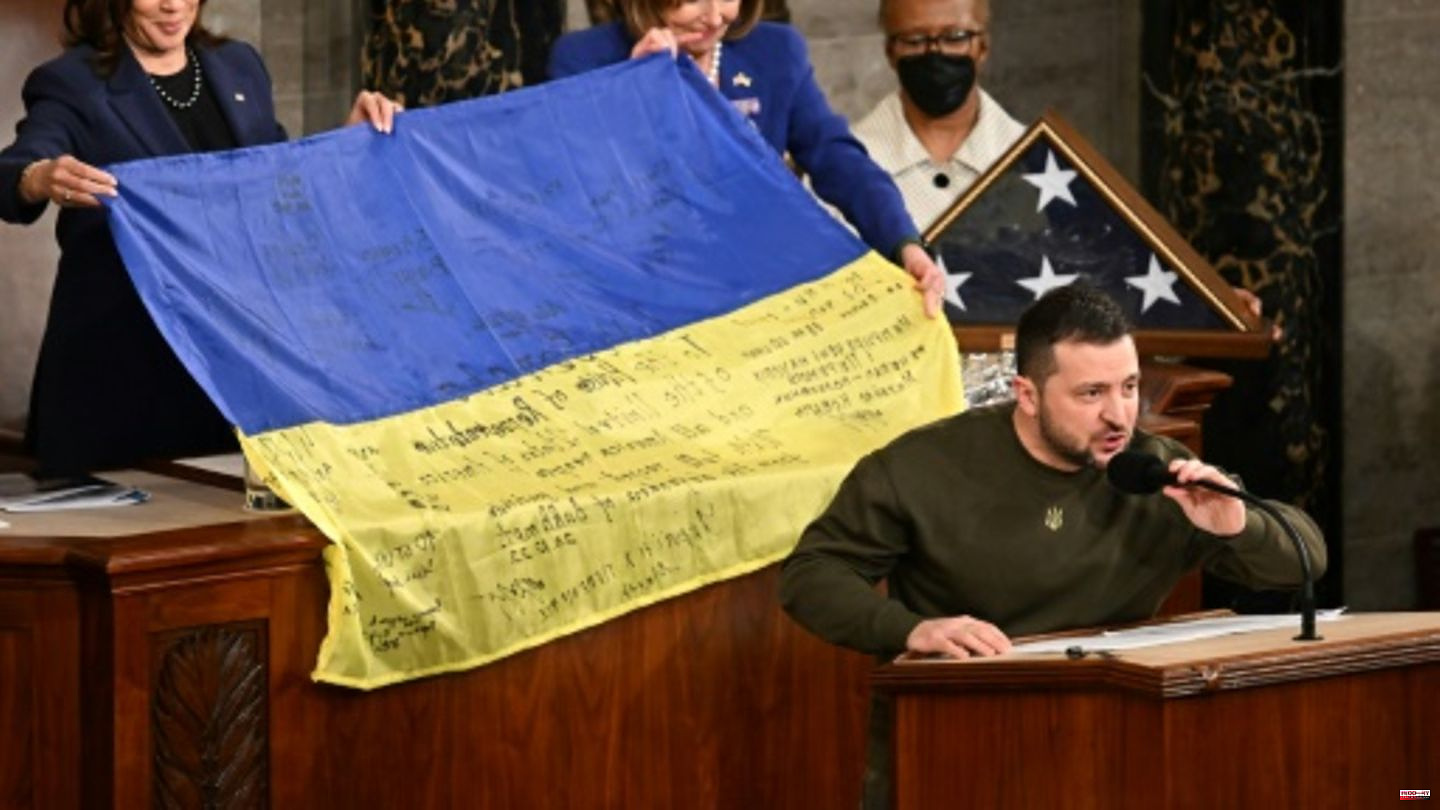 Exactly 300 days after the start of the Russian invasion, both chambers of the US Parliament met for Zelenskyj's appearance. Representatives and senators received the guest with prolonged standing applause. "Contrary to all the dark predictions, Ukraine has not fallen," said Zelenskyy. "Ukraine lives and fights."

At the same time, the president, dressed in a camouflage sweater, thanked the US for its support in the fight against the Russian attackers. "Your money is not charity, but an investment in global security and democracy, which we will manage in the most responsible way," he said. His country is grateful for all the support, but: "Is it enough? To be honest, not really." In order to expel the Russian troops from Ukraine, his army needs even more weapons.

Zelenskyj then presented the US Congress with a Ukrainian flag which, according to him, came from the currently highly competitive city of Bakhmut in the east of the country and bore the signatures of soldiers fighting there. In return, the President received the US flag that had been flown in front of the Capitol in Washington during his historic visit.

Before his speech before Congress, Zelenskyy was received at the White House, where Biden assured him of the continued support of the United States and the West. "You will never be alone," Biden said at a joint press conference. "We will stand by you as long as it is necessary." Ukraine's fight against the Russian attackers is "part of something much bigger".

Previously, as part of a $1.85 billion (around 1.74 billion euros) comprehensive aid package, the United States had also promised the delivery of a Patriot air defense system for the first time, which Kyiv has been pushing for weeks in view of the ongoing massive Russian attacks on its infrastructure. Selenskyj expressly thanked him for this - but also made it clear to Biden that he wanted more weapons.

At the press conference, Biden rejected Russian accusations that the delivery of the Patriot system represented an intensification of the war. "It's a defensive weapon system. It's not escalating, it's defensive." Kremlin spokesman Dmitry Peskov had previously said of the US air defense system: "All of this is certainly leading to an aggravation of the conflict and does not bode well for Ukraine."

The US is Ukraine's main ally in repelling the Russian attack. Since Biden took office in early 2021, the country's military aid to Kyiv has totaled an "unprecedented $21.9 billion," according to the US State Department. In the coming days, Congress wants to decide on further aid for Ukraine in the course of the 2023 budget of almost 45 billion dollars (around 42.4 billion euros). This includes military, economic and humanitarian aid.

As later in Congress, Selenskyj showed his determination in the White House not to give in to Moscow. "For me as President, a just peace does not mean compromising on sovereignty, freedom and territorial integrity." For his part, Biden accused Russian President Vladimir Putin of having no interest in ending the war. The war "could end today if Putin had dignity and did the right thing" - and ordered a troop withdrawal. 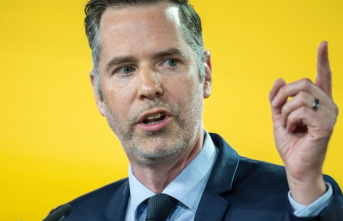