The controversy over espionage on political leaders intensifies in Barcelona. 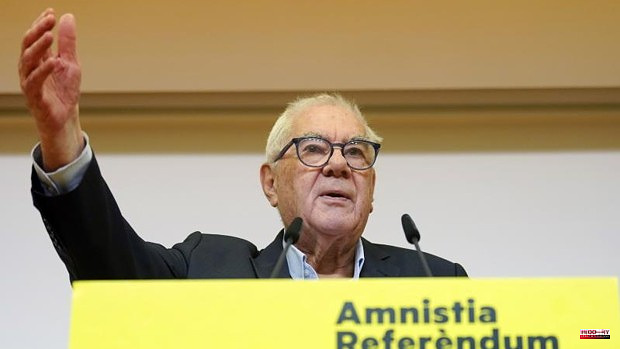 The controversy over espionage on political leaders intensifies in Barcelona. The City Council, which has two councilors who suffered the effects of the Pegasus program, has spent weeks with municipal news altered by what is known as 'catalangate', but the case has taken on a new dimension after this weekend it was uncovered that the CNI was spying in June 2019 on the negotiations that ERC, the winning formation of the local elections, undertook to try to reach an agreement to reach the mayor's office.

The secret services wanted to know the intentions of the Republicans because they did not want the independentistas to govern the city and they spied on one of the mediators in the negotiations between parties, according to 'La Vanguardia'.

The meetings ended in nothing, and it is that despite the fact that the Republican candidate Ernest Maragall was the winner of the elections in vote, he did not get a pact that would take him to the mayor's office. Ada Colau, who came in second place, managed to be sworn in after obtaining the support of the PSC and the abstention of the group then headed by Manuel Valls.

All of this has especially inflamed relations between commoners and Republicans, just when there is practically a year left for the next elections. Maragall assured at first in declarations to Catalunya Ràdio that the mayor and the leader of the socialists and first deputy mayor, Jaume Collboni, benefited from espionage and that the conversations that their formation had with the commons that ended in nothing, were "prepared and premeditated" and "obviously, with Mrs. Colau's knowledge" of the alleged espionage. "To maintain power, anything goes, even the help of the CNI," she commented.

Maragall, who will repeat as the ERC candidate, qualified his words hours later and assumed that Colau should not have known about espionage, but the controversy was already served. The mayor was blunt: "Insinuating that I have had some complicity with espionage is outrageous," she commented from her social networks. In addition, she confessed that she was hurt that such statements came from a left-wing party and a colleague in the City Council and for all this she asked for »a sincere rectification or that ERC disavow these statements«.

This Monday, Maragall has tried to stop the controversy and has assured in statements to Rac1 that "I have neither said nor have I thought" that Colau was aware of the espionage. However, he has reiterated that "there is a State and partisan political operation that concluded with an agreement" between the comuns and the PSC. «There is an obvious political responsibility of the State of the Government and the CNI. I don't see that it was necessary for Valls to know it », he has sentenced. Later, in a special appearance to address the issue, he has again pointed out that Colau benefited "indirectly" from the espionage but she did not know him and that Collboni was the "direct beneficiary."

From the commons, the Minister of Universities, Joan Subirats, visiting Barcelona, ​​has described the reaction of the ERC leader as unusual and totally excessive and has asked for "tranquility". "The common people have also been harmed by this operation, in some way we have been listened to and we have been controlled," he said in an interview on TV3 collected by Ep. In addition, the spokesman for the commons and deputy in Congress, Joan Mena, has demanded that he rectify the "partisan discourse".

For her part, the deputy secretary of the PSC Lluïsa Moret has urged the Catalan president, Pere Aragonès, to ask the ERC leader in Barcelona to "rectify". “Unsubstantiated accusations cannot be made. The democratic rules of the game are different », she assured.

Maragall is one of the two municipal councilors spied on along with Elsa Artadi (local leader of Junts), who recently announced that she is leaving politics and that she will formally leave her minutes in the plenary session in May. The formation of her, which this Monday has announced the new municipal organization (which will be headed by councilor Neus Munté) has requested the holding of an extraordinary plenary session on the matter. "We cannot see this huge scandal from the point of view of the spectator", defended the spokesman for the formation, Jordi Martí.

The last municipal plenary session already had a previous extraordinary session on the 'catalangate' almost a month ago, a session in which, curiously, ERC and commons aligned themselves, leaving the rest of the municipal groups on the sidelines.

1 Mileage scale 2022: how to pay less tax with actual... 2 The subsidiary of CF Talavera promotes to Third RFEF 3 Prime Macron 2022: it should triple! Amount and date... 4 2022 tax return date: online and paper, check the... 5 Cannes Film Festival: the stars expected on the red... 6 The Bridgerton Chronicle: We Know Which Character... 7 Eurovision 2022: Alvan and Ahez react to France's... 8 PMU – Arrival of the quinté of Monday May 16 at... 9 Marie-Sophie Lacarrau: what illness did the TF1 presenter... 10 Launch of the Souris Mini second-hand platform 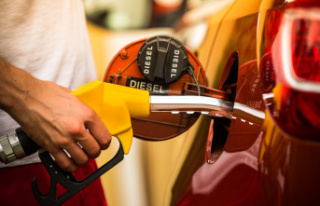