Lunin disguises himself as Courtois

With the permission of Karim Benzema, there is a quorum in which Thibaut Courtois has been the man of the season at Real Madrid. 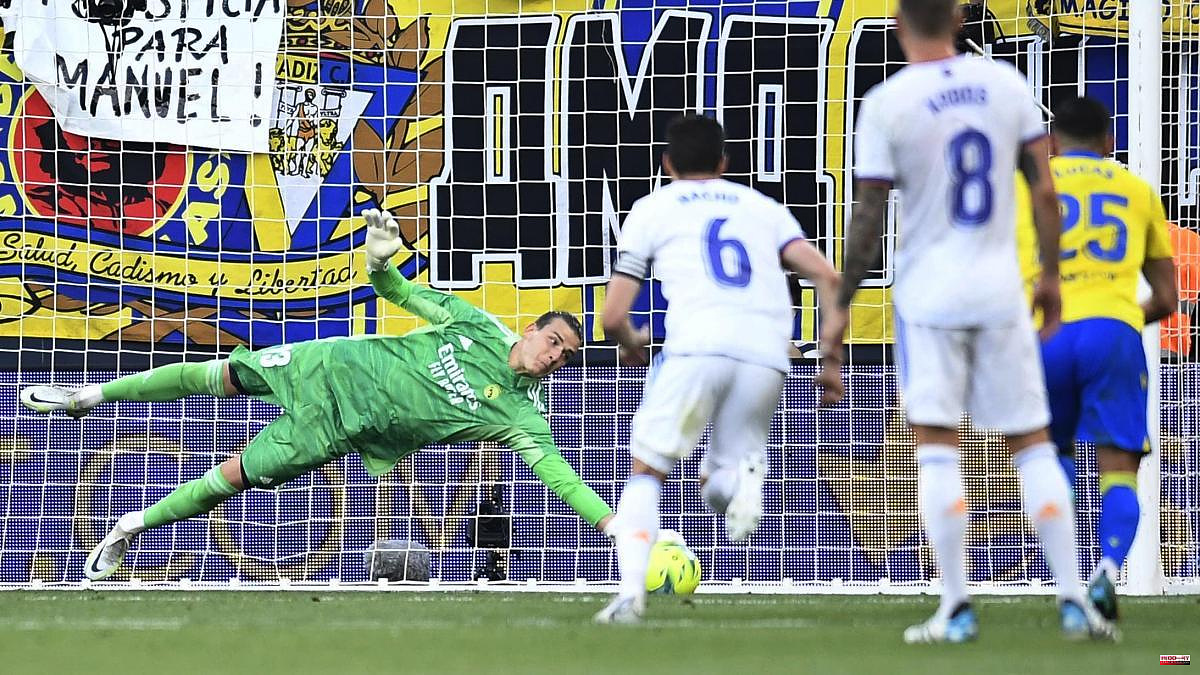 With the permission of Karim Benzema, there is a quorum in which Thibaut Courtois has been the man of the season at Real Madrid. The greatness in both areas has been worth a League and who knows if it will be worth a Champions League. With the domestic trophy already raised, the Belgian rests in these last games waiting for the European final and the alternative under the sticks is for Andriy Lunin, a goalkeeper who when he was signed in his day was valued as a great bet for the future.

The Ukrainian international is already 23 years old, but until now he had been seen in a trickle since his arrival in 2018. After several assignments, in the New Mirandilla he showed, however, that he is already prepared to take on greater challenges when Carlo Ancelotti considers him prompt.

Lunin was the great protagonist of the afternoon in Cádiz (1-1). He supported his team with sensational saves, even stopping a penalty against Negredo that would have allowed the team from Cadiz to stay out of relegation before the last day, something that did not happen due to Mallorca's agonizing victory in Son Moix.

To try to escape from the hell of Second, the locals came out with the intention of submitting the league champion from the beginning. Given the casualties due to technical decision (Benzema, Courtois and Vinícius) and the forced ones (Modric due to suspension, Alaba due to injury), Ancelotti opted for a mix of starters and substitutes with the intention of maintaining a competitive eleven. The goal was to get out unharmed, without injuries thinking about Liverpool.

It would be Madrid who would strike first thanks to a fantastic action by Rodrygo inside the box. The savior of the whites in the semifinals of the Champions continues to be touched by a magic wand in recent weeks. As if it were a trilero, he taught and hid the ball from the Andalusian defenders that he was dodging until he sneaked into the kitchen and assisted Mariano, who scored at will for the first time in a year and a half.

Nerves set in at the Nuevo Mirandilla, especially when the local fans found out about Mallorca's opening goal in Son Moix. Muriqi's goal placed Cádiz in relegation positions. It was then that Sergio González's team understood the emergencies and turned towards Lunin's goal. The goalkeeper showed off first in a one on one neutralized Idrissi. He was not so lucky moments later when Rubén Sobrino completed a good personal action. His shot hit Militao in the back and the ball made a parabola that made the goalkeeper's stretch impossible.

After the break, Lunin committed a penalty on Negredo, but he retaliated for his own mistake by guessing the direction of the shot from the veteran striker with a past for Whites. Cádiz kept pressing and in a bizarre play they were about to score the second. Lunin shone again before Negredo. The marker would no longer move.

On the part of Madrid, there was little to highlight in the second half, beyond the debut of youth squad Juanmi Latasa and a criminal entry by a Hazard who will have to show why more than 100 million were paid for him. Mateu Lahoz left him with a yellow despite the fact that Akapo had to be substituted.

The Valencian referee did not see anything punishable in a kick from Carvajal to Fali inside the Madrid area in the added period. He unsuccessfully protested Cádiz, already leaning over the precipice. It occupies relegation positions tied on points with Mallorca, but with the goal average against.

Incidents: Matchday 37 match played at the Nuevo Mirandilla stadium before some 20,000 spectators.

1 Xavi: 2 After the election in NRW: The traffic light is only... 3 World Hockey Championship: the Austrians come close... 4 LPGA: Minjee Lee achieves victory 5 Farewell afternoon in San Mamés 6 Marcelino: "It's to be proud of the team" 7 the shin guard 8 The victory is expensive with the injuries of Raúl... 9 Football is like that 10 On the road that leads to Europe 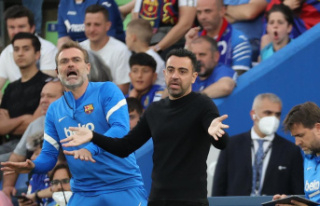