Walleye fishing officially started yesterday in zone 8 surrounding greater Montreal, and it will be necessary to wait until May 20 in most of the other sectors. 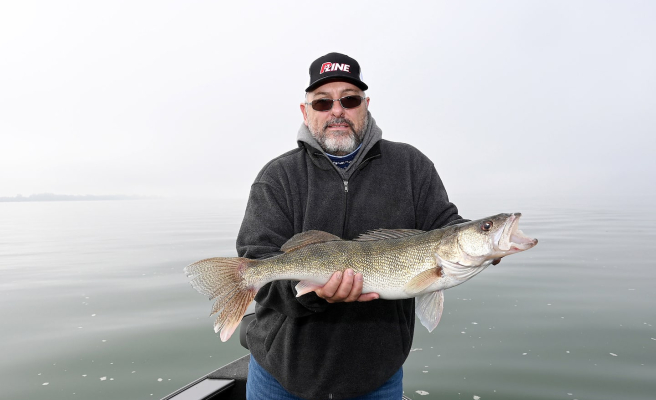 Walleye fishing officially started yesterday in zone 8 surrounding greater Montreal, and it will be necessary to wait until May 20 in most of the other sectors.

The ice leaves the surface of the waters when the thermometer reaches 4.4°C. The walleye, for its part, is in the midst of its reproduction period when the mercury indicates values ​​between 7 and 9°C. Its antics will sometimes overflow up to temperatures of 6 to 11 ° C. It is normally the males of 28 cm and more, mature between the ages of 2 and 4 years, who will court the females of 35 cm and more, fertile a little later, between 3 and 6 years. Madame Doré will lay several tens of thousands of tiny eggs and Monsieur will fertilize them with his milt. The offspring will be born about two weeks later.

The love ritual usually takes place at a depth of 0.2 to 1.8 meters, on a bottom composed of stones, gravel or sand. Everything will ideally be accompanied by a slight current of 0.5 to 1.5 meters per second.

At the start of the season, for the survival of the species, we strongly hope that the spawning period is over and that the spawners have already left for the first escarpments. However, there are still latecomers on site, mainly small males still in search of thrills. When the reproductive ardor is over, the percids dive deep.

In the majority of bodies of water that are not or are little influenced by the current of a water network, these percids will be found at the mouths of rivers, at the junction of tributaries, along beaches and points, in shallow bays, etc.

There are then several ways to outsmart the targeted fish depending on the environment they inhabit. If the sonar indicates less than 2 to 2.5 meters deep, slow trolling, with shallow elongated doves like the Bomber Jointed Long A, the Cotton Cordell Suspending Ripplin' Red Fin, the Rebel Trackdown Minnow TD10, the Rapala Floating, the Smithwick Suspending Rattlin' Rogue, etc., should generate some nice attacks.

If it's been hot and the water levels have dropped quickly, go for a Bandit B-Rotan, Bomber Suspending Pro Long A, Husky Jerk, Smithwick Elite 8 Rogue, etc. to exploit the first unevenness.

If you approach these sites quietly, you can use these same lures when casting.

You can use the range listed above to try your luck near undertows, peaks that cause the current to fork, calm periods, anything that deflects the flow of water, the foot of dams, etc. Trolling will normally be excellent and in some cases where it will be difficult to make good passes, we can catapult our offering and recover it by varying the speed.

Whether lake or river jigging with soft bodies like Sassy Swimmers, Yum Ribbontail Grubs, Meenys, PowerBait Ripple Shads, Pulses, Ringworm Mister Twisters, etc. will be particularly effective with light heads that will allow you to exploit your presentation between two waters, casting or slowly from bottom to top.

In some cases, a small 1/8 jig head rigged with a jig like the Sassy Shad or a bent tail lure like a 2 or 3 inch Mister Twister will be a good slow trolling choice. Some will add an earthworm to enhance the whole thing.

The river is an incredible fishing site that stretches for more than 750 km before crossing brackish waters that more or less appeal to percids. There are many spring locations where the prescribed techniques for rivers and lakes work very well. Conversely, in other sectors, walleye are already at depth. Not to mention the saugers that reproduce later and more deeply, it must be realized that there are many hybrids of various generations. So much so that it is even sometimes difficult to correctly identify them as there have been intergenerational crossings.

The same soft lures as in the previous section will be ideal, but with a heavier jig head, even going up to 1⁄2 ounce if you can hold your own in the current, otherwise you will have to opt for heavier ones versions. In fact, in certain sectors such as Montreal, for example, we will fish in 15 to 40 feet of depth, as we would do in summer, elsewhere.

Great swimmers like the Bandit Walleye Deep, the Bomber Deep Long A, the Cotton Cordell Wally Diver, the Smithwick Deep Suspending Rattlin' Rogue, etc. will allow you to interfere in their field of troll attack, as the popular expression so aptly puts it.

To be certain of exploiting the proximity of the sea floor, many rod handlers will opt for one of the many types of bottom walkers available on the market. They will accompany it either with a worm harness with two hooks like a Lindy Colorado Blade Crawler Harness or a Little Joe Floating Worm Harness stuffed with a big juicy earthworm. If they use a leech, they will rather opt for a model with only one hook.

1 An autobiographical chronicle between bars and verses... 2 Turkey's dangerous game 3 North Korea: 21 new deaths in the midst of the COVID-19... 4 The BOE publishes the new tobacco prices in Spain... 5 Montreal: A 35-year-old woman is missing 6 Montreal: several obstacles on the road network for... 7 Are we masochists? 8 A man abuses a friend who was unconscious and makes... 9 Ukraine will win the war “before the end of the... 10 From “Star Académie” to “Kooza”: Joanie Goyette... 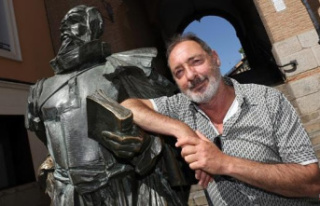 An autobiographical chronicle between bars and verses...