The bars have been the excuse that the Toledo historian and writer Manuel Palencia has used to put together an intimate account of his awakening, of his experiences and emotions in a city of priests and soldiers that at the end of the 70s abandoned the torpor and drowsiness . 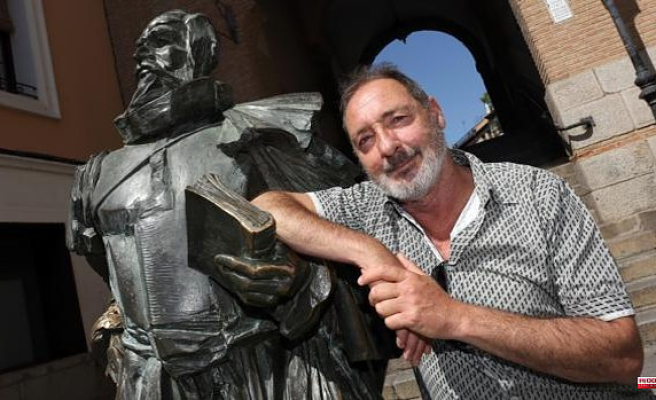 The bars have been the excuse that the Toledo historian and writer Manuel Palencia has used to put together an intimate account of his awakening, of his experiences and emotions in a city of priests and soldiers that at the end of the 70s abandoned the torpor and drowsiness . 'Bars to remember' (Days of Wine and Roses) includes 28 local literary chronicles, of which 11 have already been published in the cultural supplement of ABC Artes

'La Chapi', 'El Bartolo', 'El Nido', 'El Macondo', 'El Tropezón', 'El Hogar Obrero', 'Los Candiles' or 'El Patio' are some of the 20 bars in Toledo that went down the closure a long time ago and that are reborn in the book along with others from Cuenca, Ciudad Real and Guadalajara in the region, and from other places such as Mojácar, Benidorm, Águilas and even Tanger; all of them, places that, as Manuel Palencia explains to ABC, marked him at a specific time in his life and that he has wanted to recover.

«Those were days in which almost everyone knew each other in Toledo, who alternated only in the historic center, a time in which those of us who are now over 50 years old live and in which bars were the social networks of today, places in which they spoke of our cultural references; we knew movies, authors, writers, we talked about music, cinema, everything artistic that interested us... and we also met people, we socialized, we played mus. Before you didn't meet anyone, you went out into the street and you knew in which two or three places you could find your friends. The afternoon and the night were ours, we liked libraries, museums, but also bars. I don't know if it will be better or worse than now, but it was different; social networks have individualized us, they give us a false idea that we are relating to each other and physical and visual contact is being lost, they have individualized us».

Before, Manuel Palencia recounts wistfully, “we had some innocence and naivety, it was very nice; we were more respectful, we came from a fairly strict Judeo-Christian education, from Francoist schools of priests and nuns and it showed; it had its good things, a cultural baggage that has been lost and that was useful and practical”, although they were hard years due to drugs, which marked that entire generation of Toledans and which affected all social classes because, as he says, “ it was very difficult to escape from that.”

That time, with its lights and shadows, is the one that Palencia portrays in his book, that those days he squeezed life in 'El Bartolo', which was his second home where he worked while studying at the University and was inspired by Edgar Allan Poe , Boris Vian, Milan Kundera or Jorge Semprún and also entered other more unknown places such as the mysterious 'Palacio Shankara' on Calle Alfonso X el Sabio, or 'El Garaje', a mythical and almost dangerous place, with elderly people and even criminals. They are those happy and strange days, of vertigo, of kisses and debauchery that are reflected in these 28 fascinating chronicles that the author ends with verses.

And the book talks about his friends, with whom he discovered the world and lived existential adventures: Lucía, Carlos, El Tiberio, Hermes, Modesto, Adolfo, Alicia, the Owl, the Lizard or Jechi and Chirla, who are no longer here, now who dedicates the book together with their children Paola and Andrés, who are there. But they also have a place for greats like the actor Paco Rabal or his friend the trumpeter Jerry González and other characters like Santi 'el del Bote', hanging around Zocodover, or Lola, 'La Buscapisos', an icon of those years who appears in one of the more than 140 photographs that illustrate the book, published by Almud Ediciones.

The images have been compiled thanks to journalists, acquaintances and friends, such as Eduardo Sánchez Butragueño, who gave him the cover of 'La 'Chapi', whose author is Fernando Garrido, a detail he learned recently. There are also images of music machines in bars, discos, pinball machines, book covers, album covers and concerts because the book talks a lot about literature, but also about music. From the magic of Antonio Vega playing in 'El Tierra' through Carlos Gardel, 'los Chunguitos', 'The Cure', los 'Ramones', los 'Smith', 'Church', 'Psychedelic Furs', 'El Pecho de Andy', 'Motels', 'Chameleons' or 'Godfatherso's. The book also has a connection to Spotify with five hours of music in which, through a QR code, the stories can be read while listening to the music.

Many people from Toledo will identify with those days, with those sensations, such as listening to Golpes Bajo in the 'Manhattan', the venue that Manolo Partearroyo and Manel set up in the basement of the Miradero. "And you look back, and you think those were the best years of our lives." They were not bad times for the lyric, on the contrary, they were "wine and roses".

The book was presented on Thursday at the Royal Toledo Foundation and, today, Saturday, Manuel Palencia will be in Zocodover, at the Book Fair, at 1:30 p.m., accompanied by the journalist María José Muñoz, deputy delegate of ABC.

1 Turkey's dangerous game 2 North Korea: 21 new deaths in the midst of the COVID-19... 3 The BOE publishes the new tobacco prices in Spain... 4 Montreal: A 35-year-old woman is missing 5 Montreal: several obstacles on the road network for... 6 Are we masochists? 7 A man abuses a friend who was unconscious and makes... 8 Ukraine will win the war “before the end of the... 9 From “Star Académie” to “Kooza”: Joanie Goyette... 10 Cinema nostalgia: 40 years of "Conan the Barbarian" 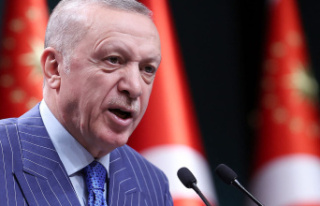