A stage against the times that leisure and modernity demand, but that preserves in some way the classic cycling and of always in which episodes on flat terrain are not lacking, right to a nap and victory of a sprinter. 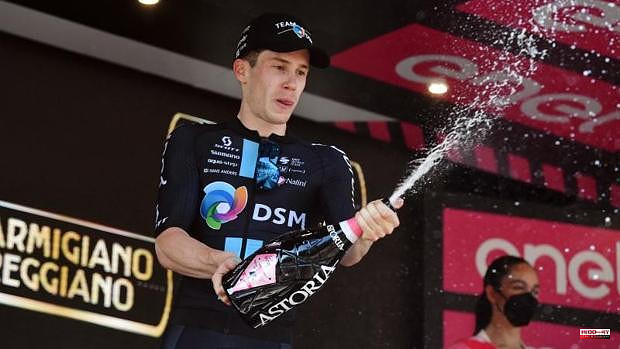 A stage against the times that leisure and modernity demand, but that preserves in some way the classic cycling and of always in which episodes on flat terrain are not lacking, right to a nap and victory of a sprinter. The typical session that generates debate and controversy in the opinions. In Reggio Emilia, the birthplace of Parmesan, the first Italian of this edition, Alberto Dainese, wins.

The day is born with a grotesque resignation. The Eritrean Biniam Girmay does not appear, the black jewel who sows content with every step he takes since he makes history as the first black cyclist to conquer milestones on the calendar. The bottle cap, which came off too soon, and his lack of habit of standing in front of the glass right after beating Van der Poel leaves him KO'd.

"My eye needs rest and recovery," says the African after going through the hospital and communicating by video that he is leaving the Giro.

Blow to the exciting news of the flight that African cycling takes with Girmay and surreal retreat that highlights the danger of champagne and the podium in this edition. The same thing happened to Van der Poel in Hungary, although the elusive cork hit him in the shoulder.

The stage is a torpor, because there has to be everything in cycling to distribute the game among the contestants. Sprinters would already be an endangered species if it were not for the fact that this sport still has a soul and the organizers do not give in to the temptation to suppress these days in which cyclists tire of the high speed on the flat and spectators desert because nothing interesting happens. Only Carapaz, who starts three seconds in a bonus sprint and is already twelve behind Juanpe López.

Alpecin, always the protagonist, a fantastic team, scares the peloton with De Bondt's whiplash, who they catch 1.3 kilometers from the line.

In the sprint Cavendish appears, the Colombian Gaviria appears, Demare can win and new protagonists join the 'volata'. One of them, the Italian Alberto Dainese, came back from the last row, fifth in the final stretch, to achieve the first victory of the locals in this pink ceremony.

1 Brussels proposes 9,000 million in macro-financial... 2 The United Kingdom denies that the problems with the... 3 Siemens Gamesa rises by 12.6% on the stock market... 4 The inflationary spiral triggers the sales of the... 5 Sports betting: The Eastern final awaits the Hurricanes 6 “Historic” agreement for equal pay for women and... 7 The province of Alicante hosts the semifinals of the... 8 The founder of Patatas Hijolusa dies at the age of... 9 The Court of Instruction 13 of Valencia, which processes... 10 The Italian Dainese dodges Gaviria in the sprint and... 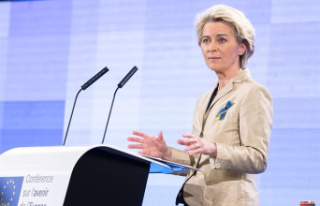