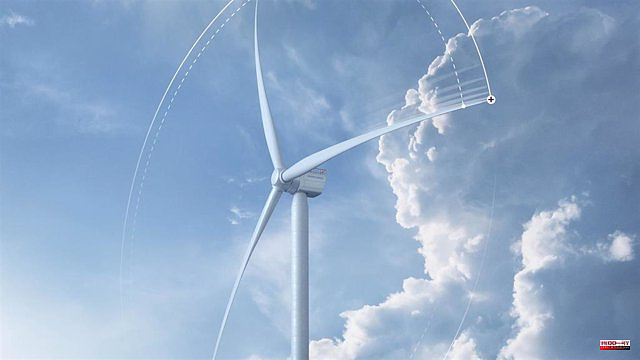 Siemens Gamesa shares have soared 12.6% on the stock market driven by the announcement by Siemens Energy, its main shareholder with a 67% stake, that it is considering launching a cash takeover bid (OPA) on the 33% of the capital that it does not own, with the intention of delisting it.

Specifically, the wind turbine manufacturer was the most outstanding value of the Ibex 35 on the day, to rise that 12.6% at the end of the session, to 15.91 euros per share.

At current market prices, 100% of Siemens Gamesa would be valued at just over 10,836 million euros, so an offer for 33% controlled by Siemens Energy would amount to around 3,576 million euros.

The rumor of a Siemens Energy takeover bid for its investee had been on the table for some time, although it had been denied until today.

However, Siemens Energy has confirmed to the National Securities Market Commission (CNMV), which suspended the company's actions first thing in the morning and then, after learning the information, allowed it to return to the stock market, that it is studying the operation, although "The result of said analysis is still open, no decision has been made and there is no certainty that the operation will materialize."

Already in May 2021, Siemens Energy had to deny that it planned to launch an exclusion takeover bid on its investee and denied that it had given a mandate to Morgan Stanley and Deutsche Bank for an operation in this regard. However, then he did admit that he periodically carried out a strategic review of his entire portfolio with the help of external advisers.

Siemens Gamesa was born in 2017 as a result of Gamesa's merger with the Siemens wind power division. Then, the CNMV exempted the German group from presenting a takeover bid due to the objective of the industrial project that the operation had. In 2020, the German multinational increased its stake to 67% after buying its 8% stake in Iberdrola for almost 1,100 million euros.

In recent times Siemens Gamesa has been particularly affected by the volatility of the economy and by the problems in the launch of its 5.X platform, its new large wind turbine, which has led it to chain a succession of 'profit warnings', revising their expectations downwards.

Likewise, he has experienced a succession of changes at the head of the company, the last with the appointment of Jochen Eickholt as CEO at the end of March, succeeding Andreas Nauen in the position.

On May 5, the group announced losses of 780 million euros in the first half of its fiscal year 2022, compared to the 'red numbers' of 54 million euros for the same period a year ago.

In this context, the wind turbine manufacturer announced the implementation of actions to "urgently" address short-term priorities and the launch of a new plan to develop its potential, called 'Mistral'.

Likewise, the group pointed out that in the current situation it was not possible to assess with the necessary degree of certainty the impact of internal and external challenges, so it was re-evaluating its performance forecasts in fiscal year 2022 and, therefore, previous market guides for the exercise ceased to be valid and were subject to revision.

In this regard, the company continued to work with the objective of achieving sales growth within a range of between -9% and -2% compared to fiscal year 2021, and achieving a profit in the lower part of the range. of the previous guidelines given for the Ebit margin pre PPA and before costs of I

1 The inflationary spiral triggers the sales of the... 2 Sports betting: The Eastern final awaits the Hurricanes 3 “Historic” agreement for equal pay for women and... 4 The province of Alicante hosts the semifinals of the... 5 The founder of Patatas Hijolusa dies at the age of... 6 The Court of Instruction 13 of Valencia, which processes... 7 The Italian Dainese dodges Gaviria in the sprint and... 8 Biden trusts a "quick" entry of Finland... 9 The Ibex 35 closes practically flat (0.01%) with Siemens... 10 Trump and the Republican Division 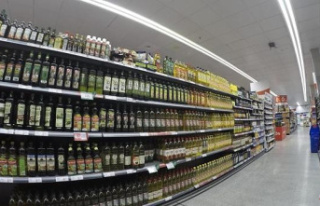 The inflationary spiral triggers the sales of the...