Zelenski, "grateful" for the help announced by Von der Leyen. 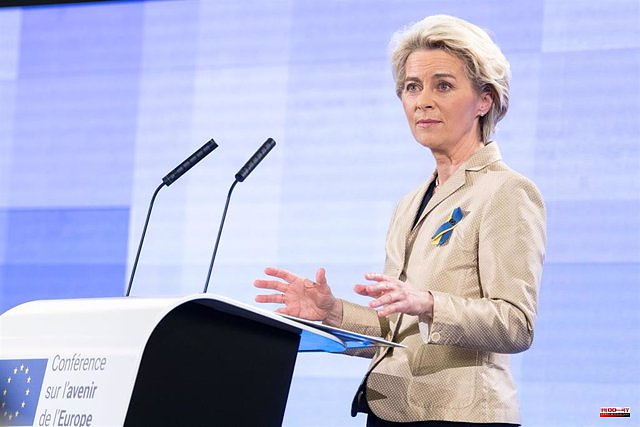 Zelenski, "grateful" for the help announced by Von der Leyen

The president of the European Commission, Ursula von der Leyen, has proposed this Wednesday 9,000 million in macro-financial aid to Ukraine this year, to face the economic fall and the reconstruction of the country due to the Russian offensive.

"We propose to complement the important short-term relief provided so far, with a new exceptional macro-financial aid for Ukraine of up to 9,000 million in 2022", announced the community president in the framework of a battery of measures adopted in light of the Russian invasion which include energy and defense measures.

This is the largest investment announced by the EU to date and comes after the United States approved a $33 billion aid package to meet Ukraine's humanitarian, economic and military needs.

On the reconstruction of the country after the Russian aggression, the conservative German has announced the creation of a platform that, led by kyiv and the European Commission, will bring together the Member States, international donors, financial institutions and other partners.

According to Von der Leyen, the investments made in this framework will help the country to emerge "stronger and more resilient" in the face of the Russian invasion and he has connected this modernizing drive with the European reforms in kyiv which, as he recalled, they will be important for Ukraine to move forward in its accession process.

The president of Ukraine, Volodimir Zelenski, has been "grateful" for the help announced by Von der Leyen, since he is confident that "it will help win the war, overcome the consequences of Russian aggression and accelerate integration into the EU".

kyiv has applied to join the community bloc, although it has not yet received the status of a candidate country. The Heads of State and Government will presumably discuss their potential accession at the European Council in June.

In this framework, the Community Executive has proposed the creation of the Rebuild Ukraine Mechanism under the European budget, dedicated to the reconstruction of the country through a system of loans and subsidies, as announced by the Economic Vice President of the European Commission, Valdis Dombrovskis .

"Together with the Ukrainian authorities and in cooperation with our international partners, we will mobilize the financing Ukraine needs to weather this storm and rebuild its economic and social infrastructure," Economy Commissioner Paolo Gentiloni told a news conference.

The Community Executive is also considering the use of frozen Russian assets to finance the reconstruction of Ukraine, a direction in which Dombrovskis has announced that other international partners such as the United States or Canada are also thinking, as well as the issuance of joint debt by the United States. members with a model similar to that of the Recovery Fund.

The European Commission is planning the creation of a Ukrainian Reconstruction Platform under the EU-Ukrainian aid umbrella and with the collaboration of other international partners.

1 The United Kingdom denies that the problems with the... 2 Siemens Gamesa rises by 12.6% on the stock market... 3 The inflationary spiral triggers the sales of the... 4 Sports betting: The Eastern final awaits the Hurricanes 5 “Historic” agreement for equal pay for women and... 6 The province of Alicante hosts the semifinals of the... 7 The founder of Patatas Hijolusa dies at the age of... 8 The Court of Instruction 13 of Valencia, which processes... 9 The Italian Dainese dodges Gaviria in the sprint and... 10 Biden trusts a "quick" entry of Finland... 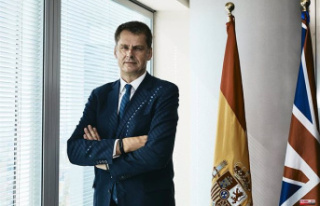 The United Kingdom denies that the problems with the...