Benidorm may stop being Imserso's destination after 40 years. 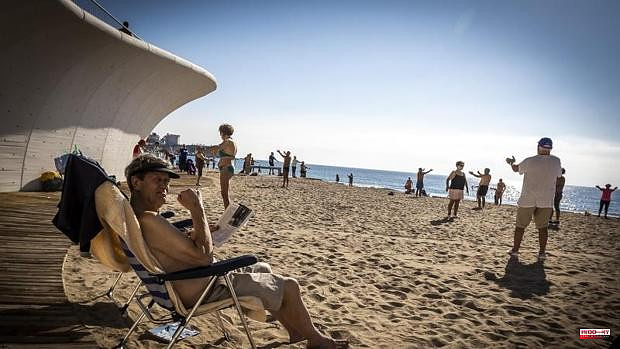 Benidorm may stop being Imserso's destination after 40 years. «What happens, that the Spanish is a pariah? The Government pays 22 euros for each elderly while giving 60 euros per immigrant per day or 40 euros for each Ukrainian refugee. The comparison sums up the discomfort of the hoteliers, through the mouth of the president of Hosbec, Toni Mayor, who directly blames the minister Ione Belarra for the probable "disappearance" of the tourism program for the elderly.

The sector is now attentive to see if the majority partner of the central government, the PSOE, redirects the mess that Podemos has caused. The last hour is that a socialist minister has already said that "we must pay attention to the sector" and negotiate "a fair price" for these vacation subsidies.

With Benidorm, 20% of all places in Spain are at stake.

Also from the Generalitat Valenciana -also governed by the PSOE- they have shown their disagreement with the position of Podemos and are going to create a commission to raise that amount of aid and "put rationality", according to Mayor.

“If they want to end the program, let them say so, what cannot be done is make it impossible, it is injustice, arrogance, continuous neglect and contempt for the sector, the Government has to remove so many useless Social Services », the president of the hoteliers abounds.

With the rate freeze planned by Ione Belarra, "this year we are in hell and next year, in purgatory, even lower," he lamented, a few days after requesting his resignation.

As economic arguments, Mayor underlines that the labor agreement that they have just signed raises wages by 4.5%, which at the end of the year will surely be 5.5%, in addition to the fact that for each euro that the State invests in Imserso, it collects then 1.7 euros, according to studies by various specialized audits. This tourist flow generates VAT, personal income tax and "people's happiness is maintained, putting in a pittance, about 30 million euros."

For this reason, he urges Pedro Sánchez to have a minister from his party recover this “so social” program for the elderly and that allows hotels to be kept open in the low season.

The global repercussion with all operators, not only accommodation, but also buses, tour operators..., puts up to 30,000 jobs in danger. "Our claim is to reach the cost price, it is the height of prudence, between 30 or 33 euros perhaps," quantifies the hotel spokesman.

A surprising rate if you take into account that the client is offered his room, buffet in the morning, meals at noon and at night in full board with water and wine, wi-fi and other services for which the rest of the tourists Non-imserso beneficiaries pay much more.

“The Government should be brave and tell Podemos: we have come this far, this program cannot be killed,” says Mayor, who denies any partisan tendency, because the struggle of Benidorm hoteliers with this issue goes back a long way, although now it has entered a dead end for runaway inflation. "It hasn't just happened to us because of Podemos, we were also fighting with the Rajoy government, and we told him to send a minister to a hotel to see the services we offer for that price," she recalls.

1 Castilla-La Mancha closes the week with seven patients... 2 Two septuagenarians die after falling down a gap on... 3 Only 1.5% of vacant homes are available for sale 4 How to get a mafia leader's mansion and other... 5 Mazón asks Puig "how is it possible that he... 6 Núñez proposes a law to simplify bureaucracy in... 7 Ayuso touches the victory with his fingers, and the... 8 Lady Madrid ascends to heaven 9 Mestiza, Carmen Xia, Natalia Lacunza and Carmen Xia... 10 Enjoy peace and tranquility far from the idyllic 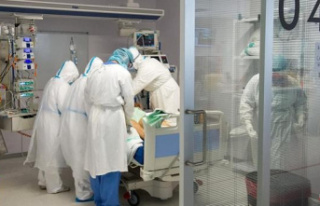