From the Jaguar of a drug trafficker to the estate of a criminal leader. 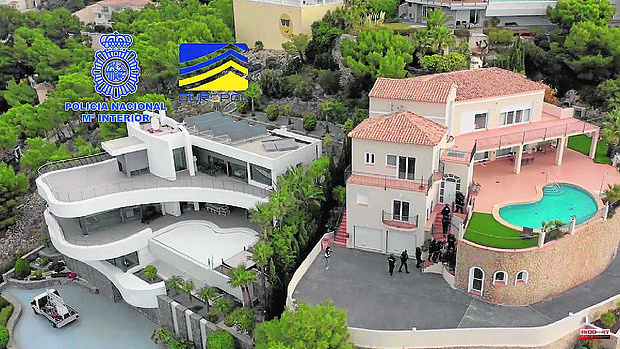 From the Jaguar of a drug trafficker to the estate of a criminal leader. The Ministry of Justice has a portal where second-hand items are auctioned to citizens whose origin, for the most part, is criminal, and through which almost two million euros have been collected in 2021 alone.

Who has not ever wondered where the assets seized for a crime are going to end up? Well, it is the Asset Recovery and Management Office, the auxiliary body of the Administration of Justice, which is in charge of converting them into money. How? Mainly through auctions.

In this way, those convicted of an illicit activity are deprived of their assets and at the same time a public benefit is obtained since most of the money collected is used to compensate the victims of the punished acts.

According to data from the Ministry of Justice, with the files completed in 2021, the ORGA has obtained 1,944,036 euros, of which 591,088.25 were used to pay compensation to the victims; 776,473.9 were transferred to the Public Treasury; and 576,474 euros have been allocated to “finance projects to fight organized crime and to assist victims of crime”.

Homes, high-end cars, boats, jewelry, small appliances, paintings, furniture... The auction portal has items that can be accessed simply by having a digital certificate or one of the identification mechanisms of the cl@ system go. Only those registered users who have constituted for each auction the corresponding deposit established by the Asset Recovery and Management Office can bid in an auction.

The assets managed by this office, which is not responsible in any case for the investigation of crimes, but for the investigation of assets -in the event of indications of concealment of ownership- and management of assets by judicial indication, are those that appear in the article 127 bis of the Penal Code. Mainly, according to the 2019 report, its origin is in money laundering, criminal organizations, crimes against property and crimes against public health. There are also assets from embargoes due to punishable insolvency.

Although the cases of the latter are minimal, it is possible to find assets to be auctioned that, despite no longer belonging to their original owner, continue to be used illegally. For example, currently, the auction list includes a garage space and a storage room from an embargo that can be purchased in the El Mirador Santa María Golf-Marbella urbanization, in Málaga, whose auction price is 11,742, 42, 5,000 euros less than the appraisal value, but in the informative note it warns that "it is occupied".

Other goods that can be found these days on the portal are high-end vehicles such as a Ferrari 488GTB for 129,000 euros, a Jaguar for 4,000 euros or a Mercedes Benz E63 for 38,000 euros. Boats and speedboats, antiques and homes in beach areas abound.

Just a few days ago, this office managed to transform, in collaboration with the National Police and the company Bit2Me, 1.99487643 bitcoins seized into what is equivalent to an amount of 56,449.01 euros in a pilot experience.

However, not all goods are auctioned or converted into money. Depending on the judicial request and the assets in question, these can be used, measures can be adopted for their conservation or they can even be destroyed, while the money intervened is deposited in the Deposit and Consignment Account of the office .

Currently, the balance of the ORGA account exceeds 88 million euros, although, according to the ministry led by Pilar Llop, "it is not possible to dispose of this money until the respective legal proceedings are completed."

1 Mazón asks Puig "how is it possible that he... 2 Núñez proposes a law to simplify bureaucracy in... 3 Ayuso touches the victory with his fingers, and the... 4 Lady Madrid ascends to heaven 5 Mestiza, Carmen Xia, Natalia Lacunza and Carmen Xia... 6 Enjoy peace and tranquility far from the idyllic 7 Two Spanish companies will create the European drone... 8 The underwater hunt could be the home for the largest... 9 The Sardindha Cup gala will arrive in Figueira da... 10 In its fourth session, the Ibex catches 8,700 points... 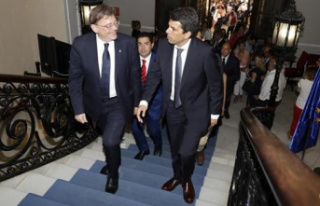 Mazón asks Puig "how is it possible that he...