Only 1.5% of vacant homes are available for sale

In Galicia two out of every ten houses are uninhabited. 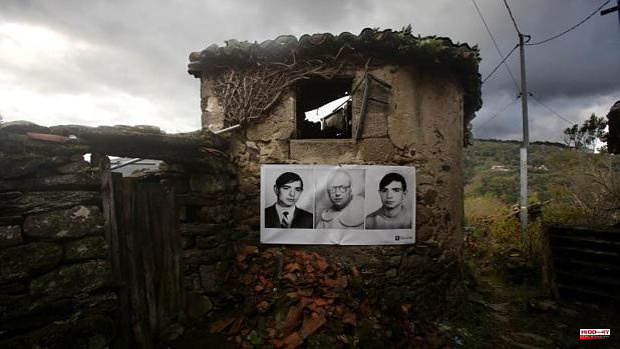 In Galicia two out of every ten houses are uninhabited. About 340,500 in total. A good part of them present a dilapidated situation and to give them a new life it would be necessary to undertake reform works. But, according to a report released yesterday by the Galician Federation of Real Estate Companies (Fegein), barely 1.5% is for sale. The employers of the sector warn that it is a “worrying fact”. In a context "of economic aid for rehabilitation like never before", denounces Fegein, the administrations "are not being able to mobilize empty housing."

Two municipalities in the province of Orense have the highest percentage of unoccupied homes. In Porqueira there are 418 empty houses out of a total census of 1,029, 40% of the existing ones have been left without inhabitants.

Castrelo do Val has similar figures, with 38% of its 1,175 unoccupied properties. The situation is, in general, more pressing in rural municipalities than in cities. Even so, cities such as Orense or Lugo present percentages of empty homes that reach 21 and 20.74%, respectively. On the other side are the most populated cities in the Community. In Vigo, the figure falls to 12.94%, while in La Coruña it is 14.24%. It is followed by Santiago with 16.72% of uninhabited dwellings; Pontevedra (17.4%) and Ferrol (19, 55%).

Fegein's president, Benito Iglesias, puts Portugal as an example to follow. “Unlike other countries, the growth experienced by the real estate sector in Portugal is not due to the construction of new homes, but due to rehabilitation. Only 19% of the houses sold in 2020 are new, the rest are rehabilitations and reforms, “he indicates, according to Fegein in a press release. In his opinion, the key lies in the speed of obtaining licenses. In the neighboring country they grant it in one or two months, at most. “The waiting time for a municipal building license in Galicia as a whole exceeds 14 months, worsening this year and being unaffordable for many companies due to the high cost passed on to them,” he points out.

Fegein asks the administrations for clear regulations and more agility so as not to lose the opportunity of the European Union funds destined for rehabilitation. «The municipalities are going to have to face a large volume of licenses for reforms and rehabilitation in the coming months and we cannot allow the management of the projects to collapse, and the files cannot be closed. Since if the rehabilitation projects are not closed, the European aid will have to be returned, ”warns the real estate employer. They also censor the possibility of taxing more IBI on empty properties, up to 150%. “It will only generate total and absolute legal insecurity,” they indicate.

1 How to get a mafia leader's mansion and other... 2 Mazón asks Puig "how is it possible that he... 3 Núñez proposes a law to simplify bureaucracy in... 4 Ayuso touches the victory with his fingers, and the... 5 Lady Madrid ascends to heaven 6 Mestiza, Carmen Xia, Natalia Lacunza and Carmen Xia... 7 Enjoy peace and tranquility far from the idyllic 8 Two Spanish companies will create the European drone... 9 The underwater hunt could be the home for the largest... 10 The Sardindha Cup gala will arrive in Figueira da... 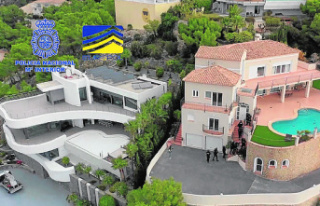 How to get a mafia leader's mansion and other...