Hitler's pianist, Putzi, who revealed the secrets of Nazism Roosevelt

He was there when decisions were made that changed history's course before and after World War II. 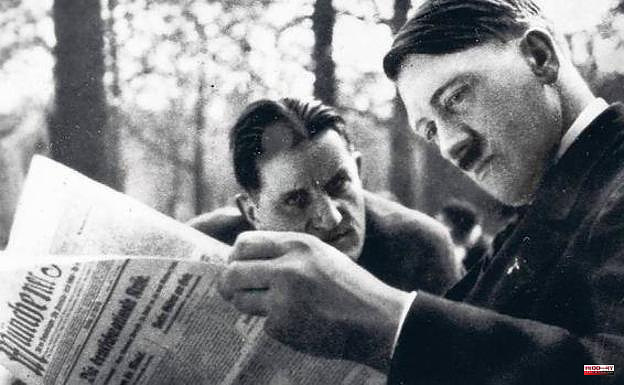 He was there when decisions were made that changed history's course before and after World War II. He was Hitler's pianist and would share many of his secrets with the US President Franklin Delano Roosevelt. The figure of Ernst Hanfstaengl, Munich, 1887-1975, remained hidden. It is now that Thomas Snegaroff, a French historian and journalist, illuminates the story by imagining his life in "Putzi." Hitler's confidant (Seix Barral), which traces, incidentally, the Europe of those decades.

Hanfstaengl, who was two meters tall, was called a "traiteur" and a "craftsman for evil". His nickname, Putzi in Bavarian, is paradoxical. It means "little man", "little" or "pretty". He was the son of a German mother and an American father. He studied at Harvard and ran the art company of his family in bohemian New York. He also loved Djuna Barnes.

He was very close to Hitler in Germany when he became involved in the Nazi movement's origin in the 1920s. Three decades later, he was disgraced and was able to cross the Atlantic to become an informant for the US president.

It will be difficult to determine if he was a hero or a villain. Although we know his role in Hitler's rise in power in the Weimar Republic, he was a mystery in Nazism's history," Snegaroff says. He documented Nazism in the United States as well as the Fascist International and found the "chameleon" character. He was "fascinated to discover that he whispered into Hitler's and Roosevelts ears."

According to the French writer, Putzi considered Hitler an agent of reconciliation between their two worlds. He "provided Hitler money and connections to very important financial networks, which made it possible for him to transform the Nazi party magazine into an effective war machine through propaganda."

Putzi consoled Hitler during his darkest hours after the failed "putsch" in a Munich beer hall. He visited Hitler in prison and provided books by American authors to him. He wrote the anthem for the Nazi youth and the brown shirts, and was also their head of propaganda. Snegaroff explains that Hitler's wife, Helene, stopped him from killing himself by convincing him that all of the world depends on him."

The deep relationship that Putzi formed with Hilter was not based on ideology. Hanfstaengl, a talented pianist, played the music of Richard Wagner at Hanfstaengl's home when the future genocide struck. The journalist explains that Wagner was an ideologue of Aryan supremacism as well as anti-Semitism. Putzi provided Hitler with an ideological connection.

Putzi's close proximity to Hitler led other Nazi leaders like Joseph Goebbels "to perceive him as a rival" and "contemptuously label him a buffoon." Goebbels attempted to kill him, causing Putzi to lose his grace and to leave Germany in 1937.

He fled to America and eventually teamed up with Roosevelt. Although Hanfstaengl didn't have a clear ideology, the connection with Hitler was strong. Snegaroff explains that even though he is in exile, he still waits for a kind word from Hitler to allow him to return to the side of his great leader. He reaffirms that Hitler was his only personal worker. Hitler would whisper in his ear and he would whisper in Roosevelt's ears, telling him everything he knew about the Nazi leader. Intimacies such as that Hitler was an asexual meant that he loved women and was dissatisfied with contact with female bodies.

Snegaroff says that Roosevelt's complicity seemed to have put him on the right side of history. It also saved Roosevelt during denazification. The French writer says that Putzi was neither an agent for evil nor a clown. He is more like a shadow ideologue, a skilled puppeteer who pulled strings to tie the Fuhrer's hands while he could.

Specializing in the United States, Snegaroff was a biographer of Kennedy, Clinton and other leaders. He chose the novel over the essay to avoid the rigidity of essays. The novelist loves chance and coincidences more. This is his greatest treasure. Walter Benjamin said that the novel shows the hand of the craftsman. I had to novelize this story to tell Hanfstaengl’s story because there are threads in Hanfstaengl’s career that a historian wouldn’t be able to follow. He justifies his actions.

1 A new measurement of a particle is not consistent... 2 In 76% of cases, a new drug has stopped aggressive... 3 Aleix Espargaro achieves pole position in Montmelo... 4 Alex Palou has the desire to complete the 500 Miles... 5 In the face of record-breaking summer, the recovery... 6 Carlos Torres Vila in Davos: "Spain could be... 7 Almagro's prophecy about Nadal and Roland Garros... 8 Oscar Puente wagers on the PSOE being abstained to... 9 Five statistical nuances on the Madrid elections 10 Today's 'Noches En Blanco' is over... 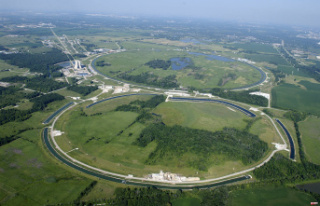 A new measurement of a particle is not consistent...