In 2008, Roland Garros hosted a special duel for Spanish tennis. 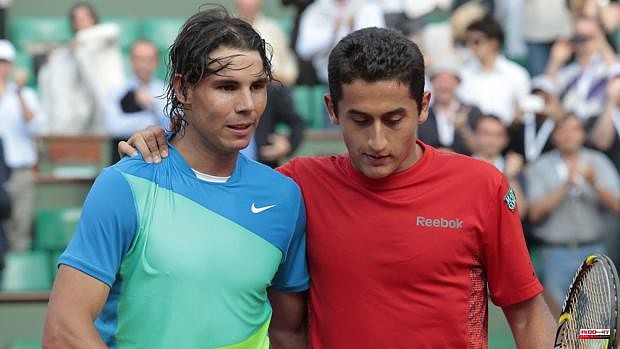 In 2008, Roland Garros hosted a special duel for Spanish tennis. Rafa Nadal, who arrived in Paris at the age of 22 and after having lifted the trophy in three consecutive editions, faced Nico Almagro from Murcia in the quarterfinals, who had precisely been eliminated from the Gallic tournament by the Balearic Islands in the three years previous. He was looking for revenge and reality hit him again.

Almagro ended up losing (6-1,6-1,6-1) but before that, at the moment of maximum despair before Nadal's game, he went to his bench and shouted to his team in the stands: «This one is going to win Roland Garros 40 years in a row; he will be 65 years old and he will continue to win it », a phrase that still resounds on center court.

In 2008, Nadal won again and, since then, he would do so on nine more occasions, without losing a single final.

Almagro later acknowledged in various interviews that the famous phrase was not with bad intentions, that it really came from his soul and despite the improbability that it turns out to be fulfilled in its entirety, it was to show Nadal's superiority in the Parisian land. In fact, when the Balearic won in 2019, he came back to bring it to the fore. «I could have earned a living as a futurologist, I predicted that Rafa Nadal would win until he was 60 and one more year he makes it his own. Congratulations, incredible what he is doing for Spanish and world tennis ».

1 Oscar Puente wagers on the PSOE being abstained to... 2 Five statistical nuances on the Madrid elections 3 Today's 'Noches En Blanco' is over... 4 The Champions League final was viewed by 8.4 million... 5 A thorough investigation reveals three types of fatty-liver... 6 Nature is so symmetrical for a curious reason 7 Bagnaia is taken note, and Quartararo & Espargaro... 8 How do I request a personal loan? 9 Moncloa could save 2,800 Euros per year by installing... 10 Casado's anti-Vox campaign is entangled by Ayuso,... 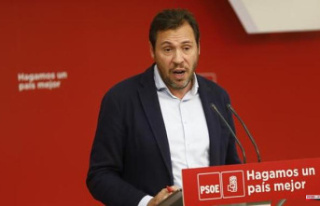 Oscar Puente wagers on the PSOE being abstained to...