Leon Draisaitl and his furious teammate Conor McDavid are among the best ice hockey players in the world. 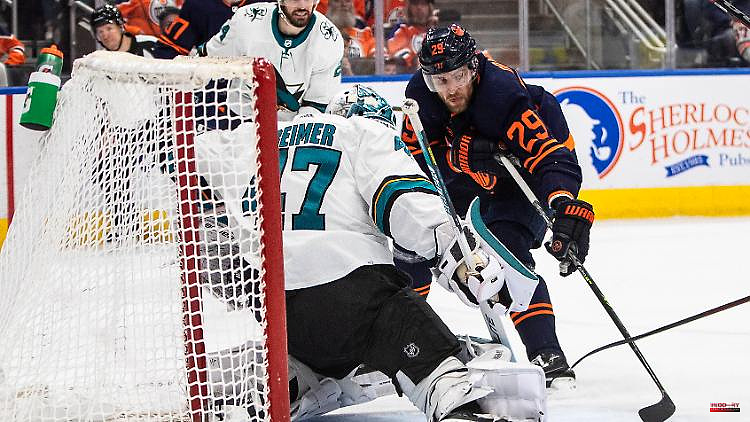 Leon Draisaitl and his furious teammate Conor McDavid are among the best ice hockey players in the world. But the rest of the Edmonton Oilers can't keep up - that threatens to throw the team back on their ice skates again in the NHL playoffs.

Ice hockey superstar Leon Draisaitl is again facing an early end in the NHL playoffs with the Edmonton Oilers. The Oilers lost Game 5 of the first knockout round to the Los Angeles Kings dramatically 5-4 in overtime and now have two match points against them. Already on Friday night, the Kings can make the quarter-finals entry perfect at home with a score of 3: 2 in the best-of-seven series.

The Oilers struggled at first and were down 1-3 after two periods. But then the time of the German NHL pro Draisaitl began. First, the 26-year-old prepared the 2:3 through Connor McDavid, before he scored the 3:4 single-handedly and a little later equalized. In overtime, however, Kings player Adrian Kempe ended the Oilers' hopes of victory after 72 seconds.

McDavid also delivered a strong game with three scorer points - but in the end that wasn't enough. "It's up to us. We don't play at our level, we don't work at our level," said Draisaitl, who didn't exempt himself from this criticism: "It starts with my series. We have to do it much better." If the Oilers are actually eliminated, that could be good news, at least for the German national ice hockey team. Because the superstar may travel to Finland for the World Cup. National coach Toni Söderholm has left some places open in his squad.

The Carolina Hurricanes (5-1 vs. Boston Bruins), the Toronto Maple Leafs (4-3 vs. Tampa Bay Lightning) and the St. Louis Blues (5-1 vs. Minnesota Wild) also only need one win to advance to the next round ). 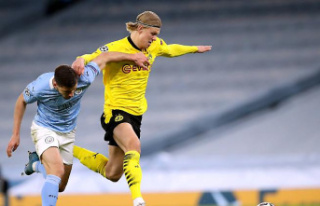 Only the big hit counts: Haaland, Pep and Man City...