In the US city of Buffalo, people buy groceries for the weekend or a barbecue - but then going to the supermarket becomes a nightmare. 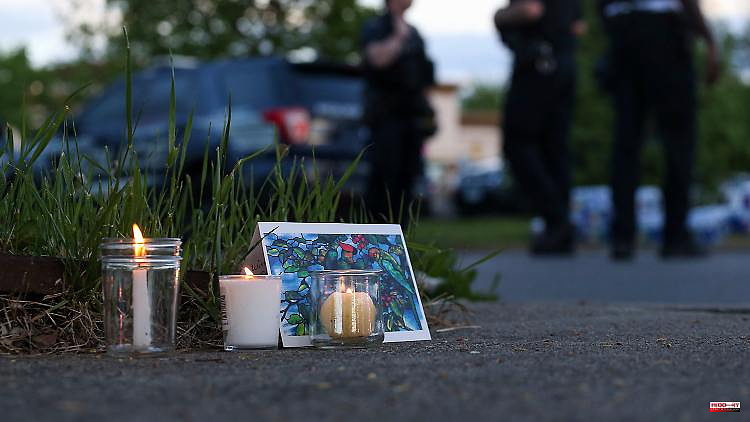 In the US city of Buffalo, people buy groceries for the weekend or a barbecue - but then going to the supermarket becomes a nightmare. A shooter opens fire - several people are killed. The investigators have a terrible suspicion.

A crime with an allegedly racist background has shaken the USA: An 18-year-old white man opened fire in a supermarket in the city of Buffalo, which was mainly frequented by black people, killing ten people. "We are investigating this incident as both a hate crime and a case of racially motivated violent extremism," said an FBI investigator. New York State Gov. Kathy Hochul described the fatal shooting as terrorism. Three other people were injured by the shots. According to police, the majority of the victims, 11 out of 13, were black.

The shooter was taken into custody immediately after the crime on Saturday, Mayor Byron Brown said. Investigators examined an ideological manifesto by the alleged perpetrator that had appeared on the Internet, in which he expressed racist ideas that could have motivated his crime. The FBI defines hate crimes primarily as those in which the perpetrator attacks victims based on race, race, or religion. Hochul, who flew to Buffalo after the incident, said the perpetrator was a right-wing extremist who committed a "terrorist act". She sincerely hopes that this person who just committed a hate crime will spend the rest of their days behind bars.

Mayor Brown said the young man wasn't from Buffalo. "The shooter traveled hours from outside of this community to commit this crime against the people of Buffalo." The incident happened as of 2:30 p.m. local time after the heavily armed perpetrator got out of his car several kilometers north of downtown Buffalo. He opened fire on several people in the supermarket parking lot and then entered the store, where he finally surrendered to the police. According to police chief Joseph Gramaglia, he had a camera with him and wore a helmet - and streamed the crime live on a social network.

There is "certain evidence" that points to a racist act, it said on the investigation status. According to initial findings, the shooter acted alone. "Why does a white man come here and shoot in a black supermarket," a local resident said on local television. The shocking crime struck Buffalo, in east New York, on a warm spring day when people enjoyed the sunshine and fun activities like barbecues, Mayor Brown said. "What started as a beautiful day in the city of Buffalo has turned into a terrible day. A day that breaks the heart of every member of our community."

A police officer described the crime scene in The Buffalo News newspaper: "It's like stepping into a horror movie, but it's all real." The newspaper also quoted a supermarket employee who said he had gone into the cold room shortly before the incident. "I hid. I just hid. I didn't want to leave the room," he said. The host of the local TV station WKBW said, visibly shocked, that her husband had visited the supermarket about an hour before the crime. According to the police, the alleged perpetrator walked the aisles in the supermarket and shot his victims in the head. A security guard shot the 18-year-old, but the bullets got stuck in his bulletproof vest. The guard was then killed by him.

Racism by right-wing extremists has been perceived by many people in the USA as a growing and dangerous problem, and not just since the "Black Lives Matter" movement. The anti-racism organization Anti-Defamation League (ADL) sees right-wing extremism on the rise in the USA. The ADL writes that "white supremacists" assumed that whites were in danger of becoming extinct. They believed that almost all actions that help "save" whites are justified.

Fatal incidents involving firearms, shootings or acts in which a person opens fire in schools, supermarkets or other public facilities are a frequent occurrence in the United States. More than 40,000 people die from firearms in the United States every year - many times more than in Germany or other industrialized countries. In addition to the sometimes very lax rules for procuring heavy automatic rifles, this is due to a flourishing black market, which the government in Washington has so far tried to combat with little success.

The Buffalo crime is the deadliest gunman crime in the United States in more than a year. In the summer of 2019, a racially motivated perpetrator killed more than 20 people in a supermarket in El Paso, Texas. US President Joe Biden was shocked by the crime and described it as "terrible". "The President and First Lady are praying for the victims and their families," the White House said. Biden was informed of the crime by his homeland security adviser and will continue to be kept up to date.

Buffalo is the second largest city in the state after New York City. The place with around 280,000 inhabitants is only a few kilometers away from Niagara Falls. The falls are a world-renowned tourist attraction.

1 143 Medicines are missing in many places: Cuba admits... 2 Gasoline goes to $2.15.9/L 3 450 protest marches in the USA: tens of thousands... 4 Hate crime investigation: Gunman kills at least 10... 5 History of political fake news: How ancient Greeks... 6 Student death in Nigeria: Protests against arrests... 7 Dead children in Hanau: police arrest father near... 8 Nursing service in Berlin: "We are the only social... 9 Increase to 1.05 million: More and more people of... 10 Knife attack in a regional train: The perpetrator... 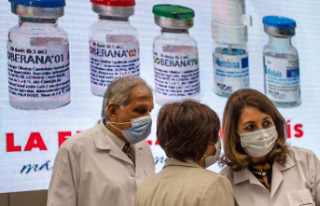 143 Medicines are missing in many places: Cuba admits...