All the traffic device for Corpus: street closures and bus schedule

The mayor of Mobility and Citizen Security, Juan José Pérez del Pino, reported this Monday at a press conference on the special traffic device that the City Council and the technical services have designed on the occasion of the celebration of Corpus Christi 2022 throughout the this week. 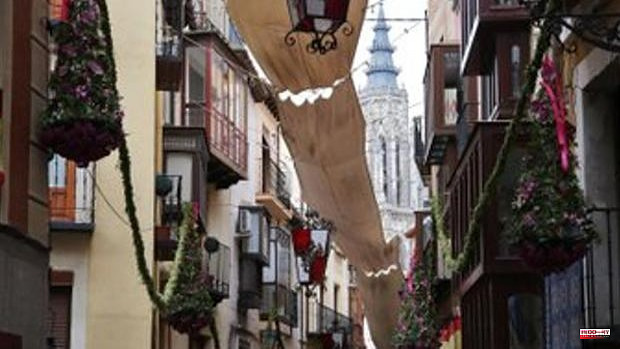 The mayor of Mobility and Citizen Security, Juan José Pérez del Pino, reported this Monday at a press conference on the special traffic device that the City Council and the technical services have designed on the occasion of the celebration of Corpus Christi 2022 throughout the this week. From 4:30 p.m. on Monday the 13th and until 8:00 a.m. on Thursday, June 16, the street will be closed on Paseo de la Vega, between the roundabouts of Tavera and Bisagra. On Tuesday and Wednesday, from 9:30 p.m. to 1:30 a.m., on the occasion of the Cadena Dial and Los 40 Pop concerts, respectively, in addition to the aforementioned cut, traffic will also be cut on the following roads: Calle Marqués de Mendigorría, Duke of Lerma, Alfonso VI and Calle de la Carrera.

In addition, from 6:30 p.m. on Wednesday and until 3:00 p.m. on Thursday, there will be a traffic cut at Puerta de Bisagra towards Plaza de Zocodover on the occasion of the celebration of the eve of Corpus Christi and the celebration with some exceptions for taxis and neighbors and hotels -depending on the circumstances-.

From 3:30 p.m., access to the processional itinerary will be closed, except for accredited residents at the following points: Rojas Street, Tendillas Square, City Street and Town Hall Square. From 6:30 p.m. to 3:00 p.m. the next day, traffic closures will be carried out in San Juan de la Penitencia and Plaza de San Justo towards Sixto Ramón Parro, Plaza del Ayuntamiento, Calle Rojas and Ciudad from El Salvador, Plaza Tendillas, Valdecaleros and San Pedro Mártir, Plaza and Sheds of San Clara, Cristo de la Luz, Matías Moreno and Paseo de Recaredo towards Cambrón. In addition to the aforementioned traffic closures, many others will be added on the 16th, from 7:00 a.m. to 3:00 p.m. on Cervantes Street – except for taxis, neighbors, hotels and garages.

From Wednesday the 15th at 7:00 p.m. and until Thursday the 16th at 3:30 p.m., the urban bus terminal will be installed in the bus docks located in the Ronda del Granadal, next to the mechanical lift.

Urban buses will be free from 7:00 p.m. on Wednesday to 3:00 p.m. on Thursday and the lines with the highest influx of passengers (B1 and B2 included) will be reinforced, adapting frequencies to traffic circumstances. In this way, the last service from Zocodover on lines 1, 3, 41, 5, 61, 62 and 10 will be at 24:00 hours, after which the owl service (free) will start at normal times and conditions.

Regarding the modifications linked to the work of Reyes Católicos, the mayor of Mobility has maintained that from this Monday the urban bus line 2 will move its head to Puerta del Cambrón and line 12 eliminates the branch from Puerta de Bisagra to Recaredo , returning directly to the head of the Plaza del Conde. As the mayor has maintained to questions from journalists, this important work will take place normally from Monday to Wednesday of this week.

In addition, Pérez del Pino recalled that Toledo residents and visitors have a total of 5,300 parking spaces for cars in free car parks such as the Salto del Caballo sports area, Santa Teresa esplanade, Safont, Toletvm or Azarquiel or in public car parks. such as Corralillos, Hazas, Alcázar, Recaredo, Miradero or Marqués de Mendigorría Courts.

As for the mechanical lifts located on Paseo de Recaredo and Ronda del Granadal, their use is recommended and it is recalled that on Wednesday 15 they will provide service until 04:00 a.m. and from Thursday 16 to Sunday 19 until 02:00 a.m. hours.

As for the Local Police services, the mayor of Security has maintained that they will be reinforced on Wednesday 15 in the afternoon with 21 agents and at night with 24, and on Thursday they will serve up to a total of 28 troops.

1 Palencia launches guided 'city tours' through... 2 Fainting and dizziness due to heat in oppositions... 3 A worker was injured after a pressure bomb exploded... 4 Madrid continues to be on alert due to high temperatures:... 5 Investigated for driving 64 kilometers in the opposite... 6 Rammed and overturned a National Police car in Tenerife... 7 Sánchez de Vega defends the usefulness of the Consultative... 8 More than 3,100 marijuana plants intervened in three... 9 They create the first biodegradable mask that disintegrates... 10 The Talavera City Council asks for explanations from... 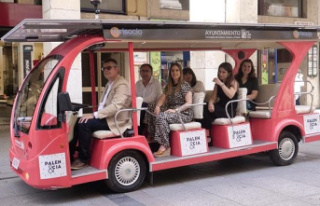