The summer of 2022 paints differently for Galicians. 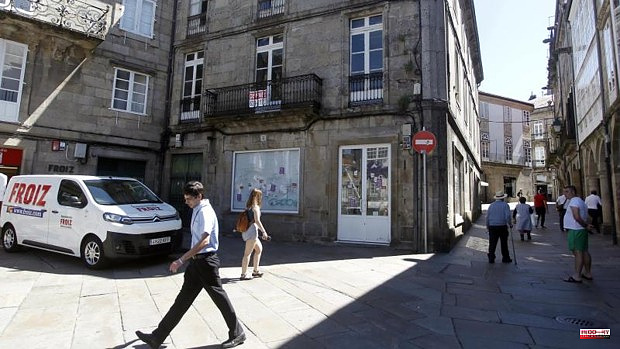 The summer of 2022 paints differently for Galicians. This is reflected in the latest 'Inquiry into households' by the Galician Institute of Statistics, published this Monday, which includes a rise in the consumer confidence index of more than 7 points in the second quarter of the year, compared to the previous three months; and even slightly higher if the comparison is drawn with that of exactly one year ago, when the pandemic was more present -although concern has rebounded in recent weeks, in the heat of the rise in infections and hospitalizations-. A fact: Galicians who plan to pay for a vacation, trip or leisure stay, rise to 19.92%, still only two out of ten, but more than double that three months ago (8.01%), and also doubling the value of a year ago: 9.85%.

Confidence is logically greater the higher the income. There is a clear correlation. The graph shows how it goes up as income increases. Thus, at one extreme, the -28.74 points of households with only 600 euros, and at the other, the 3.08, the only positive section, of those where more than 3,000 euros enter.

Galician households where it is easy or very easy to reach at the end of the month rise slightly, from 49% to 51.56% in one quarter (a year ago they were 44.14%), which implies that they are the majority; those who arrive with difficulty, also slightly, drop from 44.28% to 42.86%; and the change is even less in the smaller group, that of those who experience many difficulties, although relief is also given: from 6.72% to 5.58%; in this last group it is striking that a year ago they reached 9.04%.

This being the case, the Galician population is more willing than before to grant themselves joys or even whims. In addition to the increase in the section on vacations and trips, there is a notable increase in those who will dedicate their budget to going out to dinner, to cafeterias or to the cinema and theater: 61.46%, when they were 53.81% three months ago and only 39. 21% a year ago. The change is less when it comes to dealing with unforeseen events or large purchases: from 9.58% in the first quarter to 10.77% in the second (8.95% a year ago). There are hardly any changes among those who expect to save: it goes from 40.18% to 40.9%; they were 44.3% in the last quarter of 2021, but 36.03% in the second of last year. There is more room for 'extras' in food: from 29.21% a year ago and 34.16% three months ago, to 42.44% in the last survey. Finally, regarding additional purchases of clothing or footwear, the current 12.64% is below the 13.25% of a year ago, but it is higher than the previous quarter: 10.9%.

In the specific section on housing and automobiles, it can also be seen that the belt tightens somewhat less. They reach 17.93% who are paying for the home they live in, compared to 15.86% in the previous quarter and 15.77% a year ago; although the figure for second homes fell: 1.91% compared to 2.28% and 2.2%, respectively. Disparity when it comes to the automotive industry. 8.22% are paying for their car, when they were 7.16% in the first quarter, but reached 9.37% a year ago, perhaps due to the peculiarities of the sector (promotions during the most adverse phases of the Covid, etc)

1 Nursing association stagnates and "puts at risk"... 2 This is the seventh wave of the coronavirus in Valencia:... 3 The TSJC sees "unconstitutionality vices"... 4 The Muñoz Ramonet Foundation, ratified as the legitimate... 5 Canon Antonio Cabrera dies suddenly 6 The Carmenista mayors will present themselves in 2023... 7 The initiative of Hidraqua and its investees to promote... 8 They have been looking for a missing young woman with... 9 Galicia borders on 800 hospitalized by Covid, although... 10 A court investigates the discovery of a fetus found... 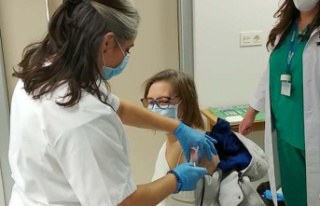