The Contentious-Administrative Chamber of the Superior Court of Justice of Catalonia (TSJC) considers that Law 8/22 and Decree Law 6/22 approved by the Autonomous Parliament and the Catalan Government, respectively, to prevent the application of 25 per hundred of classes in Spanish in the Catalan education system have "unconstitutionality vices". 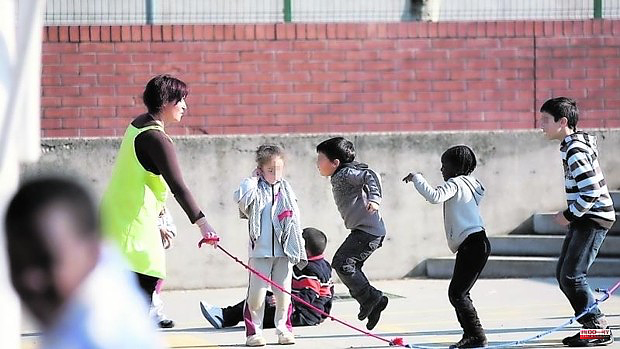 The Contentious-Administrative Chamber of the Superior Court of Justice of Catalonia (TSJC) considers that Law 8/22 and Decree Law 6/22 approved by the Autonomous Parliament and the Catalan Government, respectively, to prevent the application of 25 per hundred of classes in Spanish in the Catalan education system have "unconstitutionality vices". In this way, the TSJC magistrates paralyze the forced execution of the December 2020 ruling of the court itself, which obliges the Ministry of Education to extend 25 percent of classes in both official languages ​​to all educational centers, until the Constitutional Court pronounces.

In a ruling of the TSJC, dated July 1, the magistrates of the autonomous court agree to give a period of ten days to the parties, that is, to the Generalitat and to the Assembly for a Bilingual School, entity in person in the forced execution procedure , as well as the Prosecutor's Office, to give their opinion on the matter of the unconstitutionality approach of the two norms that the TSJC believes would violate articles 3, 9.3, 24.1, 27, 86, 117 and 118 of the Spanish Constitution.

Once you hear the parties, the magistrates will decide whether to finally bring the case before the High Court.

According to the five magistrates of the Contentious-Administrative Chamber, the two regulations, both the law of official languages, which establishes a distinction between Catalan, the vehicular language, and Spanish, the curricular language, and was approved by the pro-independence groups of ERC and Junts, as well as by the PSC and the commons, such as the decree of the Government, which was validated in the regional Parliament with the votes of ERC, Junts and the commons, and prevents the linguistic percentages in the projects of the centers, "determine the legal impossibility" of executing the sentence of December 2020 and whose forced execution was ordered to the Ministry of Education.

In this way, the TSJC takes up the arguments of the counselor for the branch, Josep Gonzàlez-Cambray, who in the response to the TSJC on forced execution argued that, after the approval of the two regulations, it was impossible to execute a sentence that indicates a 25 percent hundred subjects, at least, for the two official languages ​​of Catalonia. But, in turn, the magistrates believe that the two laws are not constitutional, since they prevent putting into practice the linguistic conjunction in schools, a consolidated constitutional doctrine.

«This being the case, serious doubts are raised about its validity due to unconstitutionality. We are facing a situation that unexpectedly prevents the execution of the sentence as a consequence of the promulgation of legal norms that raise doubts of unconstitutionality, whose validity depends on the decision that we must adopt on the continuity or on the impossibility of the execution of the sentence. dictated in this process, which forces us to raise the issue before the Constitutional Court, "says the ruling.

And the five magistrates add: «The fact is that both legal norms define a linguistic model in the school environment that is incompatible with the parameters taken into consideration in the sentence issued in these proceedings. A sentence that responds to the model of linguistic conjunction, while the enacted regulations define a model based on a correlation between both official languages ​​incompatible with the model considered when resolving the appeal.

1 The Muñoz Ramonet Foundation, ratified as the legitimate... 2 Canon Antonio Cabrera dies suddenly 3 The Carmenista mayors will present themselves in 2023... 4 The initiative of Hidraqua and its investees to promote... 5 They have been looking for a missing young woman with... 6 Galicia borders on 800 hospitalized by Covid, although... 7 A court investigates the discovery of a fetus found... 8 Residents of Villanueva del Carnero (León) mobilize... 9 A complex obesity surgery allows a 218 kilo patient... 10 Protests in the US after disclosure of the video of... 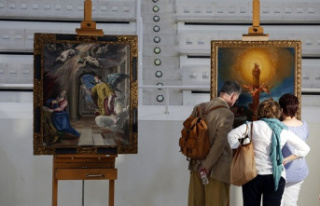 The Muñoz Ramonet Foundation, ratified as the legitimate...