France walks towards its most fragmented National Assembly

France today opens a new page in its political history. 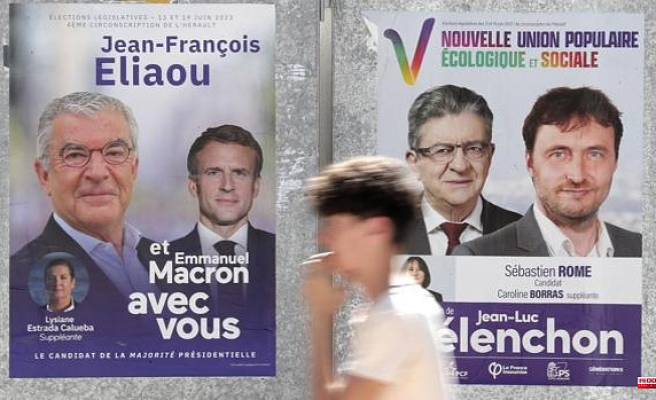 France today opens a new page in its political history. 48.9 million voters are invited to elect, in the second and decisive round, the 577 deputies of an unprecedented National Assembly (AN), with three dominant forces, the party and coalition close to Emmanuel Macron, a coalition dominated by the populist far-left of Jean-Luc Mélenchon, and the far-right party of Marine Le Pen. It is about a balance of parliamentary forces unprecedented in the history of the Fifth Republic, founded between 1958 and 1962, where the two great families that dominated the national scene for more than half a century, the conservatives and traditional socialists, are sunk in historic crises.

In the French political system, the founding matrix is ​​the election of the President of the Republic through universal suffrage, since 1962.

Macron was re-elected on April 24 last, with 58.54% of the votes. Marine Le Pen was in second position, with 41.56%. Once the head of state has been elected, a new NA, the first chamber of the National Parliament, must be elected in two rounds, as well.

Last Sunday, Renaissance, Macron's party, and his coalition of presidential majority parties, Together, got 25.75% of the vote. In the second round, today, the latest unofficial estimates, from yesterday Saturday, suggest that the party and the presidential coalition may once again have a very tight victory, which could allow it to win between 250 and 292 seats. With a relative or absolute majority, if it reaches 289 deputies. In the outgoing AN, elected in 2017, Macron had an exceptional majority of 359 deputies: a possible loss of a little more or less 100 deputies. If these forecasts were confirmed, Macron would have the weakest and most fragmented parliamentary majority in the history of the Fifth Republic.

The New Popular, Ecological and Social Union (NUPES), a coalition dominated by La France Insumisa (LFI, populist extreme left), led by Jean-Luc Mélenchon, won 25.66% of the vote last week, a technical tie with the presidential coalition. According to the latest estimates, NUPES could obtain between 179 and 225 deputies: the most spectacular result ever achieved in the history of the Fifth Republic by a coalition created last April dominated by the extreme populist left. In the outgoing AN, NUPES did not exist and the parties that make it up today only had 72 deputies. You can earn a hundred or more.

National Grouping (far right), Marine Le Pen's party, got 18.66% of the vote last week. Today he could get between 25 and 49 deputies. In the outgoing AN, Le Pen had 8 deputies. Significant growth expected.

The Republicans (LR, traditional right), got 11.29% in the first round, the worst result in the history of French conservatism; today it could catch between 42 and 62 deputies: a loss of just under 100 deputies. Possible historical sinking.

This is a National Assembly that is unprecedented in the political history of the regime, with developments that will greatly complicate the management of public business in France, on the national scene and on the European scene. Macron may get a parliamentary majority, absolute or relative. However, the president and his government will have to permanently negotiate all projects with the "cloud" of small groups that make up Together, the government coalition. If the relative majority were very modest, Macron would have to negotiate many sides with the traditional right.

Mélenchon, the leader of NUPES, is still hoping for a majority in the new AN. And he aspires to impose an obviously explosive cohabitation on Macron, for France and for Europe. The estimates only announce a great victory for NUPES, without a majority. To oppose Macron, Mélenchon's party, La France Insumisa will have to negotiate with the different components of his coalition: the remnants of a Socialist Party (PS) fallen on its knees in its historic identity crisis; the groupuscular remains of the PCF, and the 'independent' aspirations of the ecologists of EELV.

Marine Le Pen, for her part, aspires to make her far-right the first opposition force against Macron, and the first resistance force against his far-left rivals. During the sixty-four years of the history of the Fifth Republic, the extreme right of the Le Pen family has only been to the AN twice. Between 1986 and 1988, it had 35 deputies. The Lepenist party can today become an important parliamentary force.

With a dramatic predicted abstention rate of 53%, France will today open a new page in its highly divided, fragmented and distressed political history. 70% of young people did not vote in the first round. And they are not expected to vote in the second: French youth have stopped believing in their institutions, parties and unions.

Mélenchon's populist far left has become the majority force in the suburbs, on the periphery of the big cities, gathering a global protest vote against the regime, with its aggressive propaganda against Europe, the Atlantic Alliance and liberal globalization. If Mélenchon managed to cohabit with Macron, he would reject Ukraine's entry into the EU, "until Europe harmonizes its social and wage policies."

If the unofficial estimates were wrong and Macron had to cohabit with a parliamentary majority dominated by Mélenchon's populist extreme left, the new page of France's political history would risk becoming a national and European nightmare.

If the unofficial estimates were confirmed, and Macron achieved an absolute or relative parliamentary majority, the new national political page would be much more "calm" and predictable, running the risk of immobility. In 2017, Macron promised to make a "revolution": "Reform France to refound Europe." Five years later, Macron will be forced to negotiate with many gangs some pending reforms that could not be carried out during the last five years. We will see.

1 The prospect of a technical tie between Petro and... 2 Joe Biden falls off his bike during a ride through... 3 Between operations and political fiction 4 Twenty cats eat the body of their owner, who had been... 5 Ecuador decrees a state of emergency in three provinces... 6 Russia cuts gas supply to France 7 The US Department of the Treasury eliminates sanctions... 8 Hernández manages to avoid 'in extremis'... 9 The French, reluctant to the entry of Ukraine into... 10 Germany will force by law to reduce energy consumption... 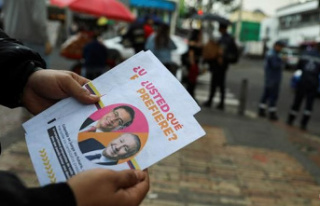 The prospect of a technical tie between Petro and...