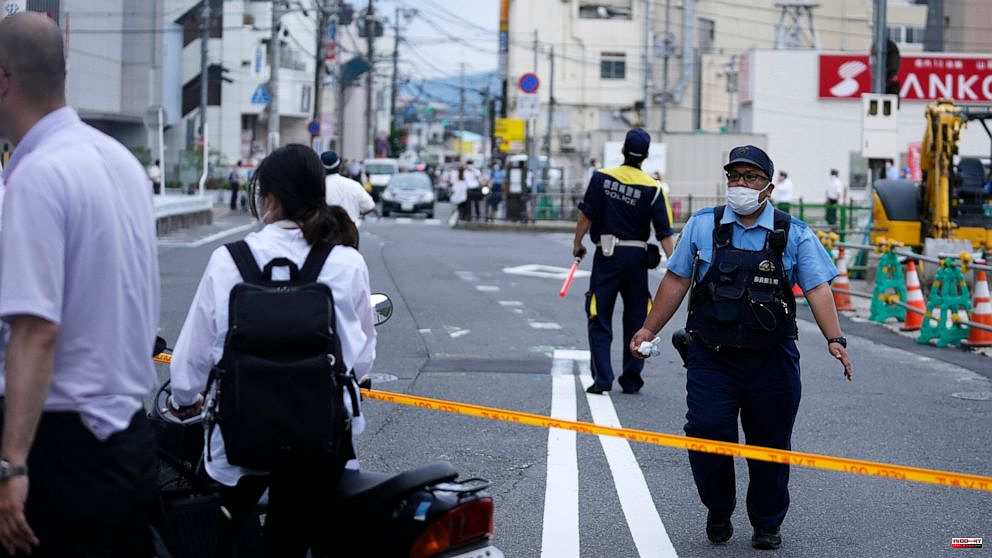 Abe, Japan's longest serving prime minister was shot in his back while campaigning for parliamentary candidates in Nara. Two days before the election, he died in a hospital.

He allegedly built his own gun to circumvent the nation's strict gun regulations. The suspect's 15-inch (40 centimeter) weapon was clearly homemade. One expert said it looked like a muzzle-loading gun. Similar weapons were confiscated by authorities when they raided the nearby apartment.

It was not clear what the motive behind the man's arrest at the scene.

Japan is a country where it is rare to see fatal gun violence. Most Japanese don't even own a gun and live their lives without touching or seeing one. In killings, stabbings are more common.

Police say that the country has just 10 gun-related criminal convictions last year. This is despite having a population of 125 millions. Eight of these cases were gang-related.

Despite 61 guns being seized, Tokyo's densely populated capital had no gun-related deaths, injuries, or incidents in the same year.

Shiro Kawamoto from Nihon University, Tokyo said that "Japanese people have been shocked".

Kawamoto stated that this serves as a wake up call to Japan's gun violence and suggested that security measures to protect Japanese politicians need to be reviewed. It would be a mistake to assume that this type of attack won't happen.

Abe's security staff may be under serious scrutiny. However, such attacks in Japan are not common, so relatively low security is the norm even for former prime minsters.

U.S. President Joe Biden spoke in Washington about the "profound effect" of the shooting on the "psyche of Japanese people."

"This is a completely different culture. They aren't used to gun violence as much as we are. We know from the United States how deeply gun violence can affect communities. This assassination is a tragedy all of Japan feels."

Japan's most recent high-profile shooting took place in 2019. A former member of a gang was shot in Tokyo at a Karaoke venue.

Japanese law makes it illegal to possess firearms without a license. It is also illegal to import them. These rules also apply to certain types of knives, as well as other weapons like crossbows.

A background check must be completed before a person can own a firearm. This includes clearance by a doctor. To prove that they are proficient in gun use, they must pass an exam. The person who passes must purchase a weapon and a locking system.

These hurdles must be passed before a license holder can shoot at clay targets. Hunting requires an additional license.

According to N.R., the weapon used in Abe's attack was likely a "craft made" firearm. Jenzen-Jones is the director of Armament Research Services which is a specialist arm investigations firm.

He likened the weapon to a gunpowder-loaded musket.

He said that Japan's firearms laws are very restrictive. Therefore, he believes what we see here with what's likely a muzzle-loading gun is not only an attempt to bypass the control of firearms but also the strict control over ammunition in Japan.

This report was contributed by Jon Gambrell, an Associated Press writer, in Lviv, Ukraine and Aamer Madhani, a Washington-based journalist.

1 After being arrested in Nicaragua, a dissident finally... 2 How To Add a Background Image in HTML 3 EU: Johnson's exit will not change much; damage... 4 Former Angolan President Jose Eduardo dos Santos dies... 5 Srebrenica women are honored for highlighting the... 6 Canada: Many without internet and mobile service in... 7 Tokyo mourns the death of ex-PM Abe and receives Abe's... 8 Russia continues to "raise true hell," Ukraine... 9 Shinzo Abe, Japan's former leader, was assassinated... 10 UK defence minister rules himself out from leadership... 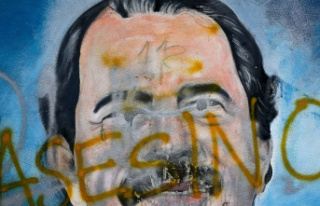 After being arrested in Nicaragua, a dissident finally...