Srebrenica women are honored for highlighting the 1995 massacre

SREBRENICA (Bosnia-Herzegovina) -- They lived in a world where their husbands, children, brothers, uncles, nephews, and sons were murdered. 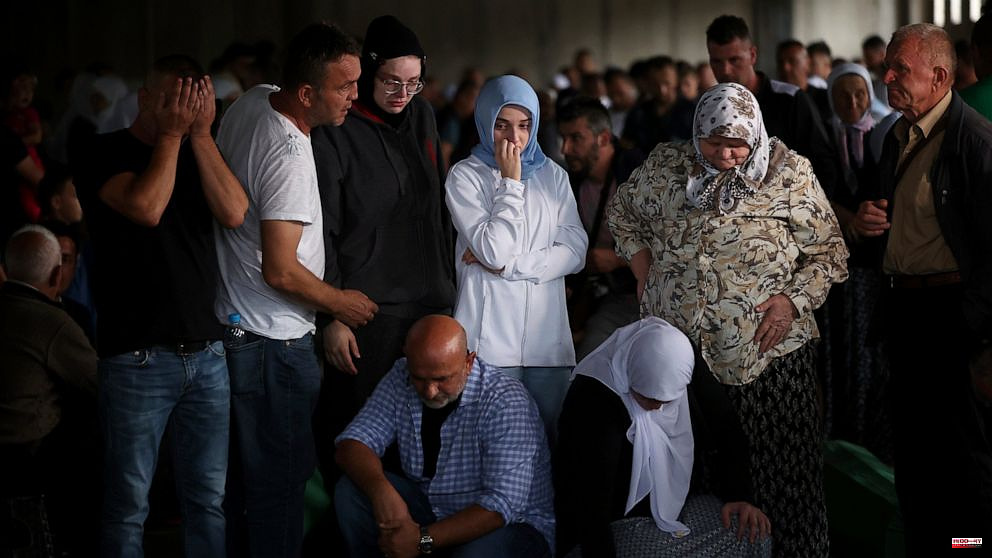 SREBRENICA (Bosnia-Herzegovina) -- They lived in a world where their husbands, children, brothers, uncles, nephews, and sons were murdered. They were the ones who stood up for the truth about Srebrenica.

As thousands gather in the eastern Bosnian city to mark the 27th anniversary of Europe's only recognized genocide since World War II on Monday, the critical role played by women in establishing a global understanding about the 1995 massacre is also being acknowledged.

In a memorial center for the massacre's more then 8,000 victims, a permanent photo exhibit of portraits of women from Srebrenica was opened on Saturday. A conference of women will be held at the Potocari center, outside of the town. It will discuss how they came together to fight for justice after being forced from their homes and seeing their loved ones taken away to be executed.

Munira Subasic said, "After I survived genocide in the which my most loved child and my husband were murdered, it was the injustice their killers, and their refusal to admit what they did, that pushed my to fight for truth, justice, and peace."

Subasic's family was among the more than 8,000 Bosniak men and boys who died in the 10 days following the massacre of the town by Bosnian Serb forces.

Bosnian Serb soldiers dug up the bodies of victims in mass graves. Later, they used bulldozers to excavate the site and scatter the remains among other burial grounds to conceal their crimes.

Bosniak children and women were loaded onto buses and taken out of the town.

Subasic, along with other women who shared her fate, vowed to find the remains and bring them back home to their hometown to be buried.

Mothers of Srebrenica was formed to do this. They also engaged in street protests and other activities to remain in the public eye. They demanded the discovery of mass graves, identification of the remains and the punishment for those responsible. Nearly 90% of the people reported missing in the fall of Srebrenica are now found.

People often ask us who supported and who was there for us early on. Sehida Abdurahmanovic said, "But it wasn't one, it was us."

She added that "the pain is the best and most difficult education, but it also comes from the heart."

Srebrenica was located in the Serb-run Bosnian entity Republika Srpska since the end of war. Many of its prewar inhabitants still live in the Bosniak Croat Federation.

In the immediate aftermath of the war, angry Bosnian Serbs tried to stop women who had suffered through the bloodshed from visiting newly discovered mass graves to look for belongings that belonged to them. Crowds would gather along the streets and throw stones at the buses carrying women to intimidate them.

The women continued to return. They were escorted by NATO-led peacekeepers for a while, but they refused to bury their dead in any other place than Srebrenica.

In 2003, the Bosnian Serb authorities gave in to pressure and allowed survivors to open the memorial cemetery for victims of the war in the town.

The cemetery has buried the remains of over 6,600 people so far. On Monday, 50 additional victims will be buried there, including those recently discovered in mass graves. They were identified using DNA analysis.

Dozens upon dozens of Srebrenica women gave evidence before the U.N. War Crimes Tribunal for the Former Yugoslavia. This helped to put behind bars nearly 50 Bosnian Serb wartime officers, who were collectively sentenced at over 700 years imprisonment.

Abdurahmanovic stated, "After my husband died, I stayed with my two children alone, thinking I would not be able function."

Srebrenica women were raised in patriarchal societies and expected to live in silence. They also weren't to confront Serb leaders who continue to deny or downplay the 1995 massacre. They changed their lives by creating support groups, remembering the victims, and telling their story to anyone who would listen, including presidents, prime ministers and diplomats.

"The history of the events in Srebrenica have been recorded in white marble headstones at the memorial cemetery," stated Suhra Sinanovic who lost her husband and 23 close male relatives to the massacre.

She claimed that Bosnian Serb authorities had underestimated the Srebrenica women.

She said that "If a war were to break out in Bosnia again, perhaps (the Serbs would) do things differently by letting men live and killing women,"

1 Canada: Many without internet and mobile service in... 2 Tokyo mourns the death of ex-PM Abe and receives Abe's... 3 Russia continues to "raise true hell," Ukraine... 4 Shinzo Abe, Japan's former leader, was assassinated... 5 UK defence minister rules himself out from leadership... 6 Italy: 11 hikers were killed in a glacier avalanche. 7 Pamplona claims that no one was killed on the third... 8 Estonian PM signs a coalition agreement for majority... 9 Speaker of the Sri Lankan Parliament: The President... 10 Abe's shooting shocks world leaders. 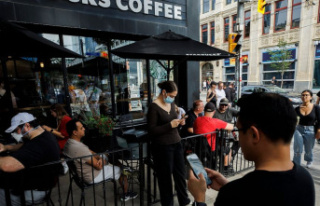 Canada: Many without internet and mobile service in...